As the flood conditions in Assam and Bihar continue to worsen, many pictures are surfacing on the internet.

One such picture in circulation claims to depict the condition of Bihar and the post targets Bihar CM Nitish Kumar.

(Translation: Had the government worked towards building sturdy dams rather than focusing on election booths, then perhaps the situation in Bihar would have been better today. The double engine government is visible only in the virtual rallies while people are forced to use rafts even on roads.)

Even though the situation in Bihar has turned grim, after water levels in several rivers rose up dangerously, the picture is circulation is not a recent one.

We checked and found the same picture in several articles dated back to 2017. According to the reports published by The New York Times and the Firstpost, the picture in question is from Assam.

Since the picture was credited to Associated Press, we searched for the original picture on their website and found that the image was captured on August 14, 2017, by Anupam Nath. 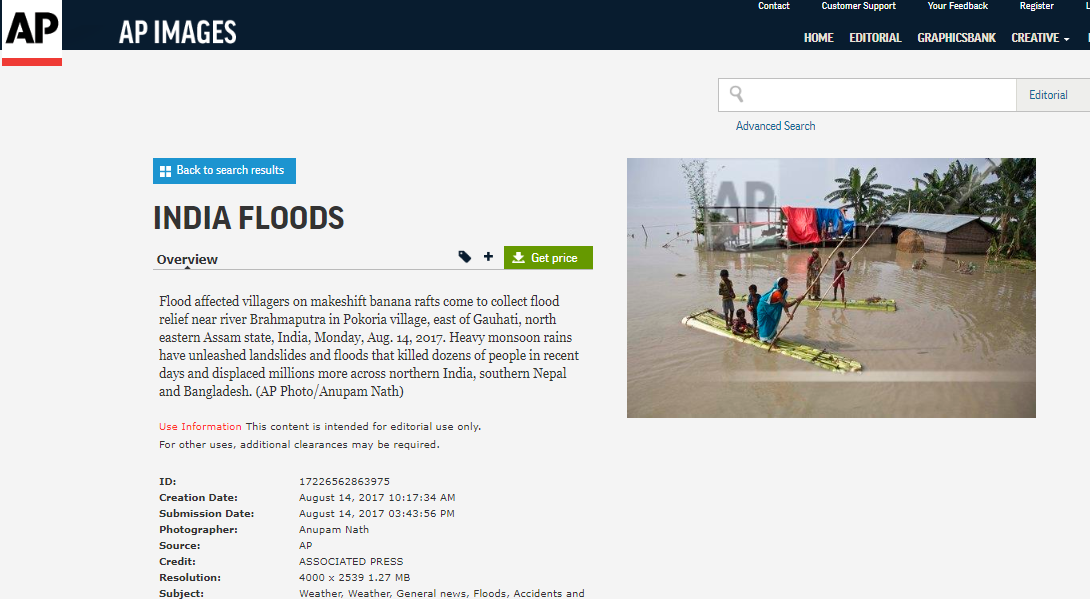 Hence, based on the above fact-check, we can come to the conclusion that the post in circulation is misleading.