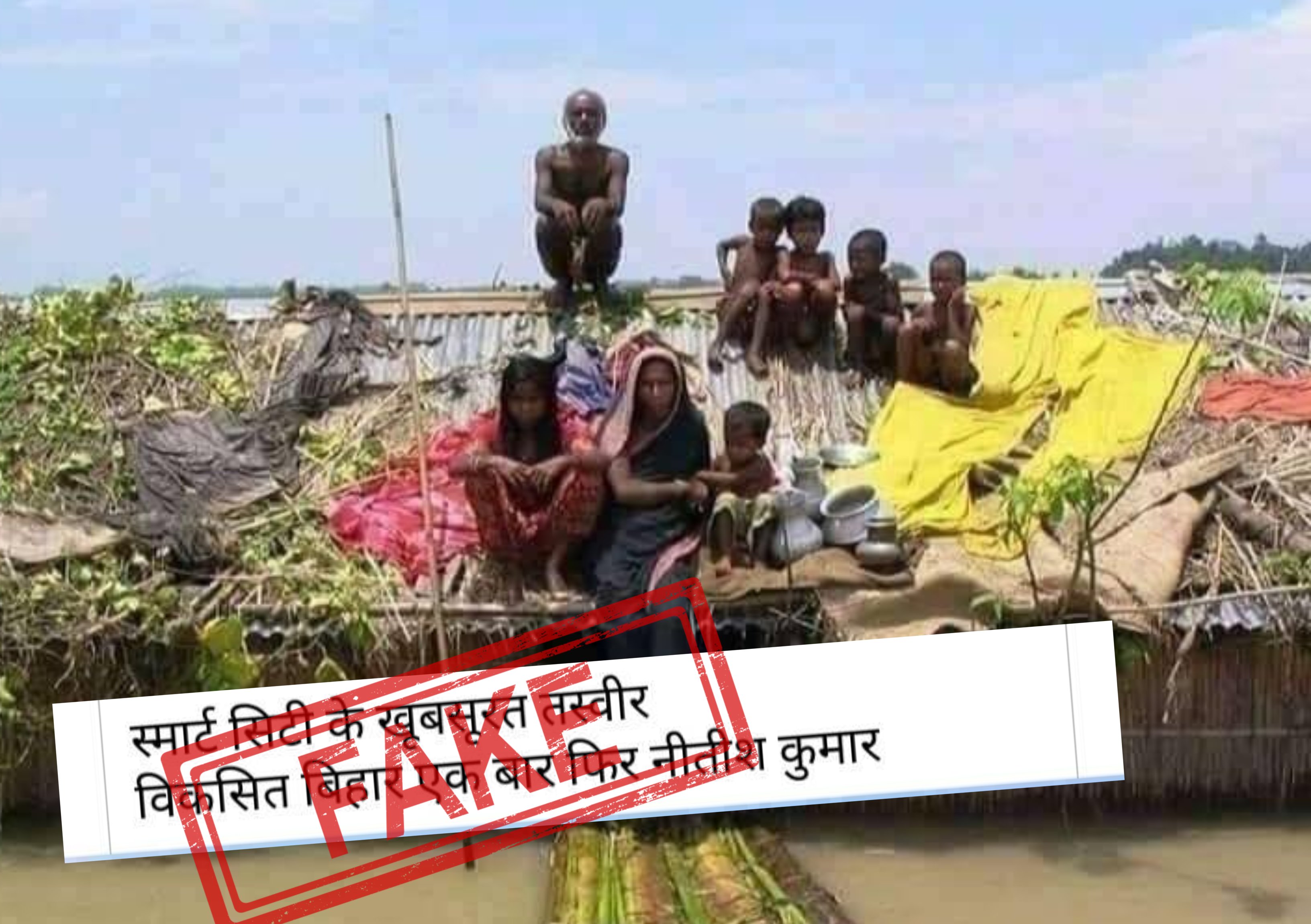 Amid the floods in the state of Bihar, a picture has surfaced on the internet in which a family can be seen sitting on top of a house while everything around them is submerged in water.

It is being claimed that the picture was taken recently in Bihar during the floods. 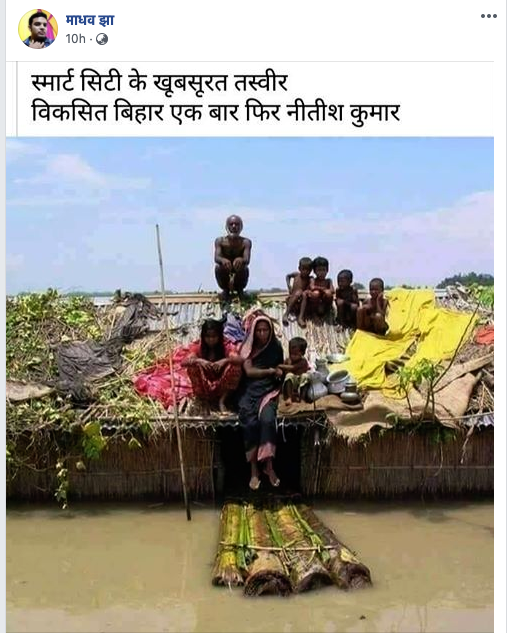 ALSO READ: Don’t fall for these morphed pictures of Salman Khan; here’s the…

NewsMobile fact-checked the above picture and found that the claim attached to it is false.

We started our investigation by putting the picture through Reverse Image Search, which led us to a blog dated August 15, 2017, which had featured the same picture. 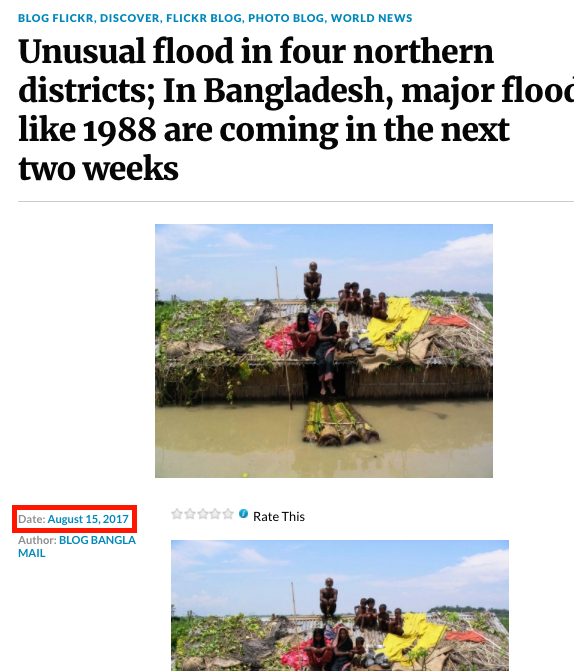 The blog suggests that the picture is from Bangladesh. Taking a cue from the above-mentioned Flicker tags, we searched and found the same picture Flicker. 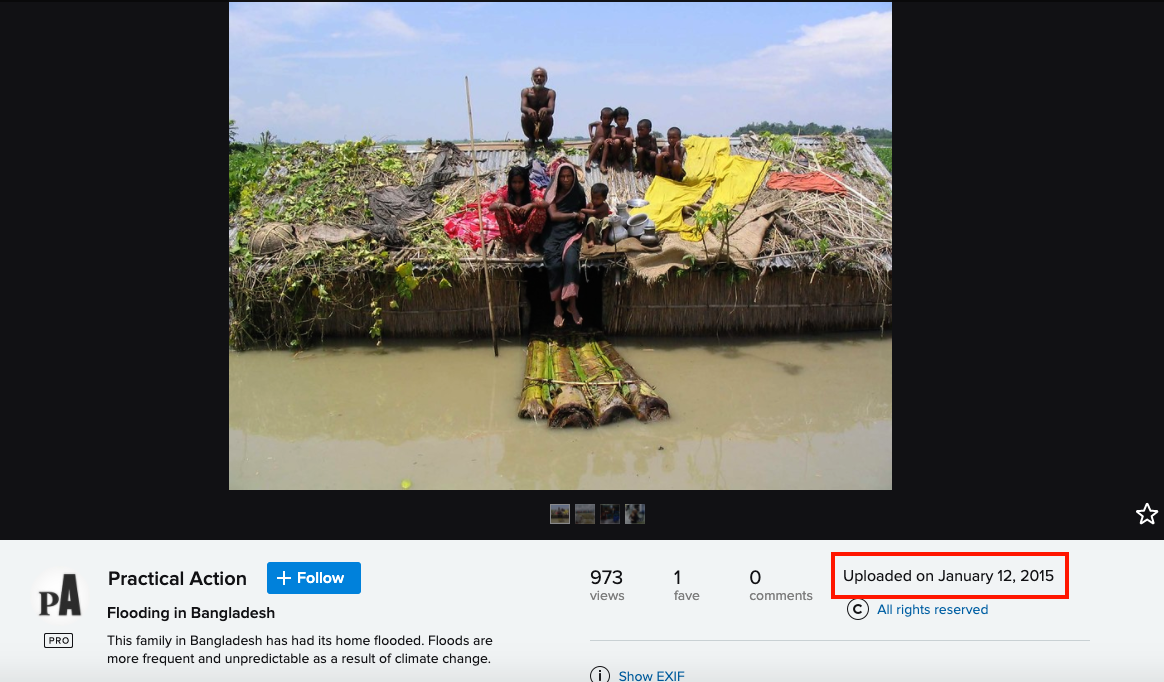 As per the description, the picture was uploaded on January 12, 2015, with a suggestion that the picture is from Bangladesh.

We looked further and found that the same picture was used prior to 2015 also. 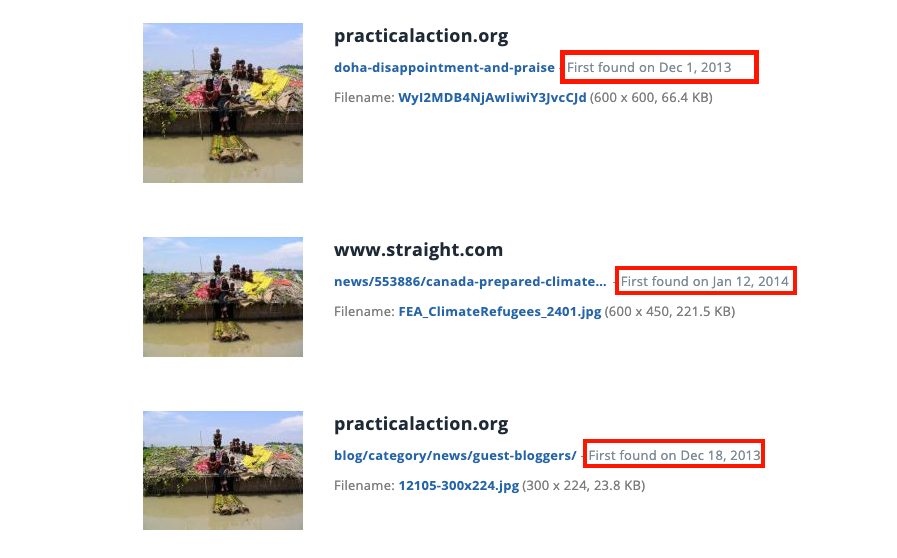 In conclusion, the above information establishes that the picture in question is old and is NOT from India, but from Bangladesh.