The image is being shared ahead of the general elections in the US. 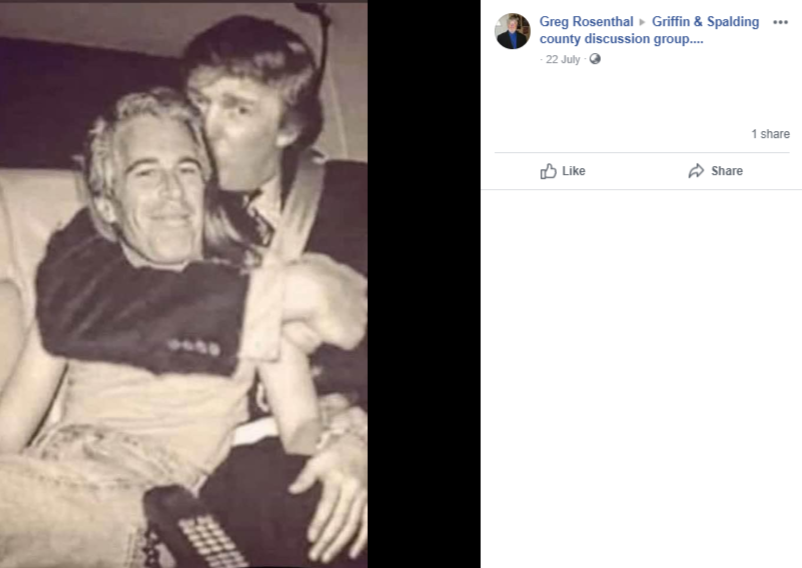 We fact-checked the above image and found it to be doctored.

The first red flag was how Epstein’s head appears disproportional to the rest of the body.

We cropped the picture and then searched the picture through Google Reverse Image Search and came across a Getty Images link that shows the original picture from March 1990. 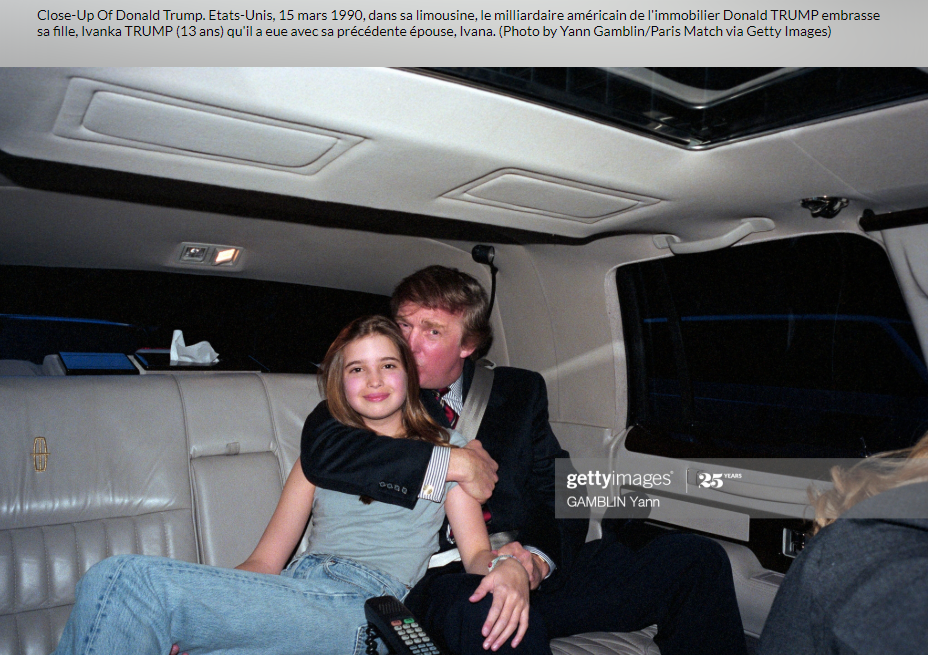 The image’s caption when translated reads, Close-Up Of Donald Trump. The United States, March 15, 1990, in his limousine, the American real estate billionaire Donald TRUMP kisses his daughter, Ivanka TRUMP (13 years old) whom he had with his previous wife, Ivana. (Photo by Yann Gamblin / Paris Match via Getty Images)

One can easily spot the similarities in the two images such as the position of the hands and the phone. 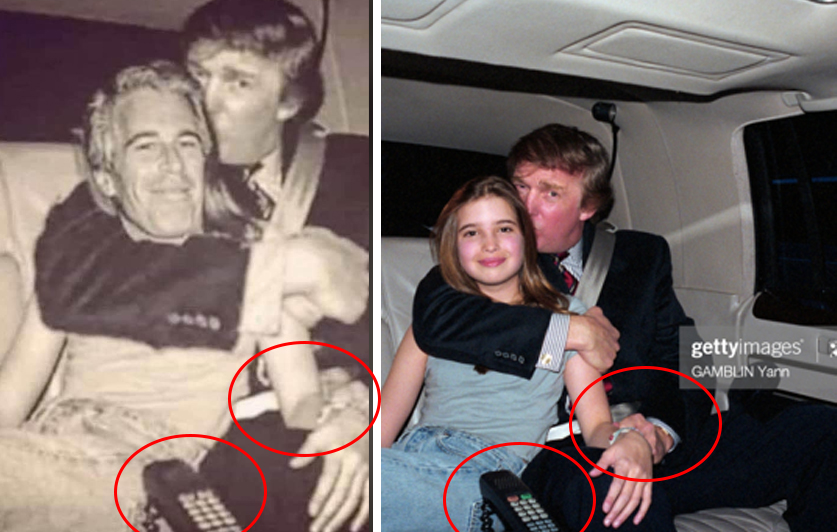 Hence, it is clear that the image has been modified and hence, FAKE.