Home Coronavirus Fact Check Fact Check: Was this woman beaten up on the pretext of Muslims...
ShareTweetGoogleWhatsappPrint
Mail

A video is making rounds on social media claiming that a Muslim doctor named Ayesha was beaten brutally by a group of people in the hospital. The reason behind the attack was an accusation that Muslims are spreading coronavirus.

(Translation: A Muslim doctor named Ayesha was beaten badly in a hospital. The trivial reason is the allegation that Muslims are spreading coronavirus, and India is watching a fierce campaign against the Muslims under Hindu ruling parties. please send it to every Indian widely)

Using the InVID tool, we got keyframes of the video. On putting the keyframes through Google Reverse Image Search, we found this picture in an article on NDTV dated July 4, 2020, claiming that the woman in the video is an animal rescuer who was brutally beaten up by locals in Rani Bagh, Delhi. 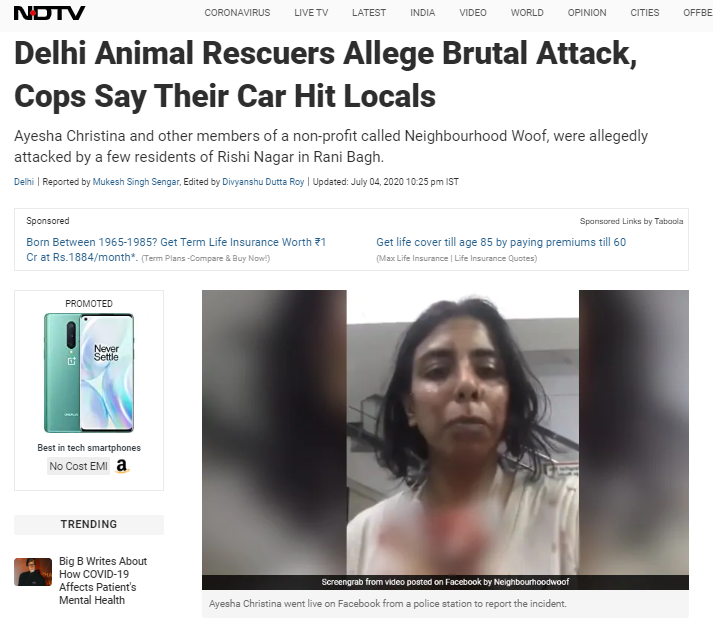 Also, India Today claimed in another article that a woman in the video is Ayesha Christina, founder of the Delhi-based NGO for animals Neighborhood Woof and has narrated the whole incident in a video on Facebook. 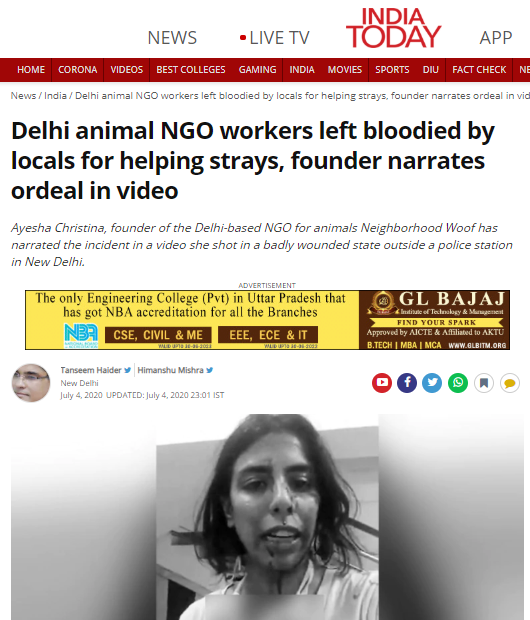 Replying to one of the Twitter users who shared the same video, Delhi Police tweeted that Ayesha Christina reported assault on her by locals at PS Adarsh Nagar on July 3, 2020. They also tweeted that there was a scuffle between NGO volunteers and local residents due to some misunderstanding and an FIR was filed following Ayesha’s complaint.

IO collected MLCs to take legal action.Futher is revealed that there was scuffle between NGO volunteers and local residents due to some misunderstanding.On the complainant of Ms Ayesha a case FIR No. 331/20 u/s 323/341/506/427 & 34 IPC has been registered at PS Rani Bagh .

In conclusion, we can say that the post in question is FAKE and MISLEADING and is being spread with malicious intent to spread communal tension.