A quote attributed to US President Donald Trump is doing rounds on social media.

“People are dying who have never died before,” the quote read.

NewsMobile fact checked the viral post and found that the quote has been falsely attributed to President Trump.

The post stated that he made the statement on March 18, 2020. We scanned through the website and YouTube channel and went through all the speeches and briefings of President Trump from that day. However, the said quote was never mentioned in the videos.

The videos from March 18 can be viewed here, here and here. The transcript of the briefing can be seen here.

We then ran a search on the quote itself and found that the quote has been online for some time now. We found a similar quote in an article dated 2016. The quote was attributed to Ernest Hemingway. 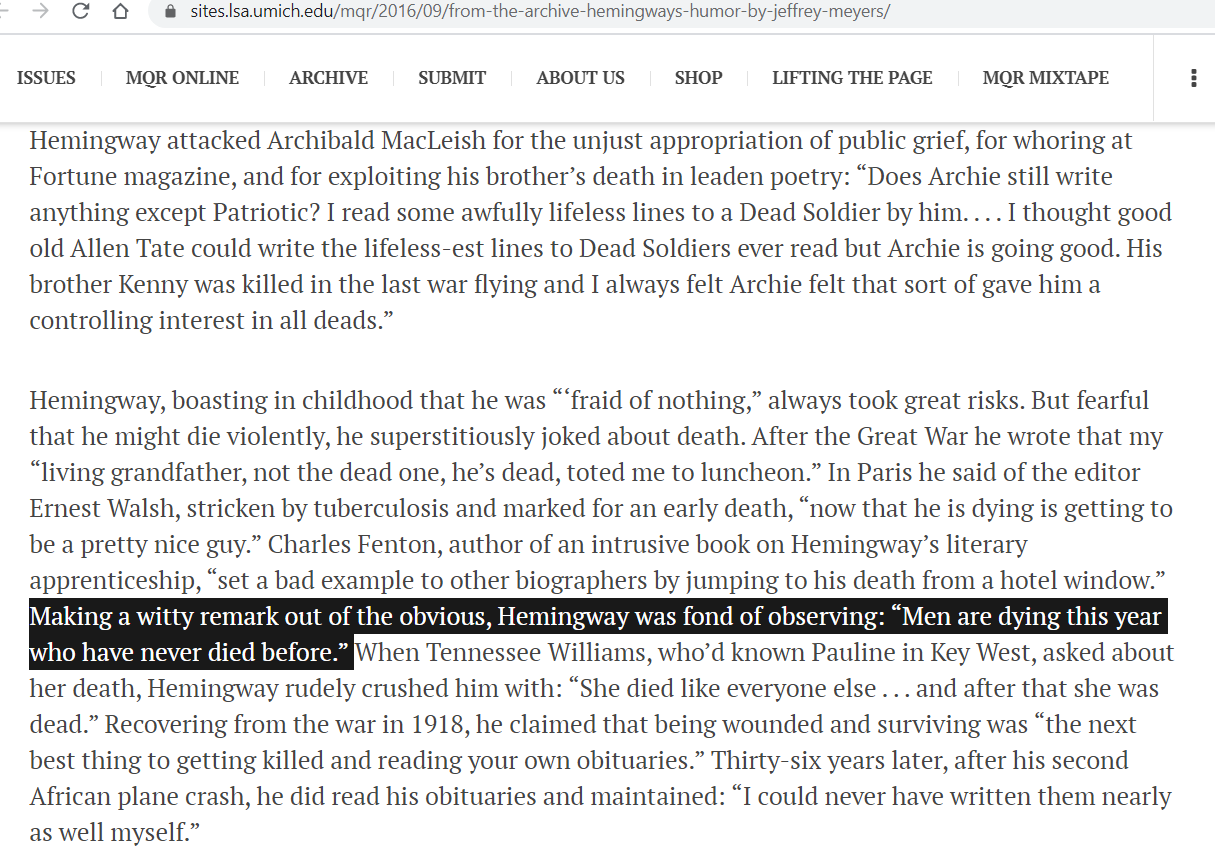 Variations of the same quotes have also been attributed to Hemingway in two of his biographies. check the books here and here.

Hence, from the above information, we can clearly establish that the quote has been falsely attributed to President Trump.