The Rajasthan political turmoil continues as the Enforcement Directorate (ED) on Wednesday conducted raids at the properties of Rajasthan Chief Minister Ashok Gehlot’s elder brother, Agrasen Gehlot, in connection with the fertilizer scam.

Congress spokesperson, Randeep Surjewala said that ‘After Modi Ji & his govt’s tactics failed, they sent a CBI team to conduct a raid at a location of MLA Krishna Poonia, who also brought laurels to the nation in the field of sports. This was a way to put pressure on the MLAs’.

After Modi Ji & his govt’s tactics failed, they sent a CBI team to conduct a raid at a location of MLA Krishna Poonia, who also brought laurels to the nation in the field of sports. This was a way to put pressure on the MLAs: R Surjewala, Congress #RajasthanPolitics pic.twitter.com/50eyANZFw9

The Customs department has levied a penalty of Rs 7 crore for alleged violations of export rules in Gehlot’s company named Anupam Krishi. As per sources, apart from him, raids were also conducted at sportsperson and now MLA from Congress, Krishna Poonia and former MP Badriram Jakhar’s house also.

Meanwhile, a day after the Rajasthan HC requested the assembly speaker, C.P. Joshi, to defer action against Sachin Pilot and other MLAs supporting him, Joshi has now said that he will move the Apex Court against the High Court’s intervention in the on-going matter. At a presser, he told reporters that it has been well defined by the Supreme Court that only the speaker can decide on anti-defection and that he has the full authority to send a notice.

The Rajasthan Assembly Speaker CP Joshi had sent disqualification notices to Pilot and 18 MLAs under the anti-defection law. Pilot had challenged the charges in the Rajasthan HC. The order is pending till Friday, July 24. 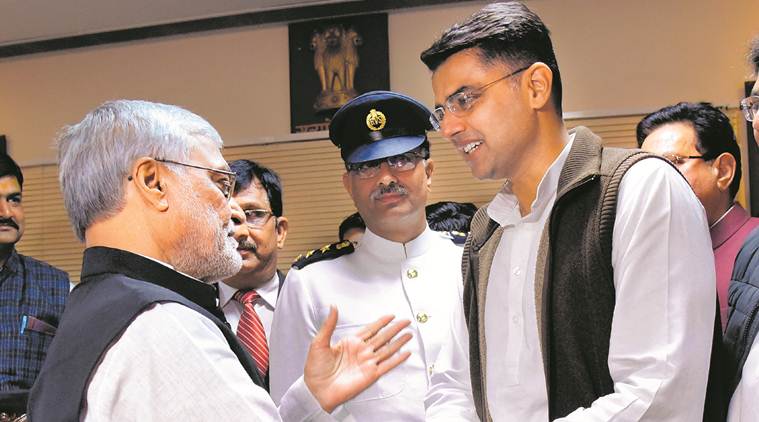 The rebel MLAs who were served this notice had moved the HC, stating that the failure to attend Congress Legislative Party (CLP) meetings, was not a ground for disqualification.

The Rajasthan HC has now asked for almost two deferments for action. The first was till July 21 and then moved to Friday, July 24.
On this Joshi had said that the speaker is the first authority to decide a matter of disqualification and that the review can happen only after his decision.

The entire situation exploded after Pilot was sacked as the Deputy Chief minister of Rajasthan and the state PCC chief, on July 14, after he claimed he has the support of a considerable number of MLAs against the state Chief Minister.

Congress MLA Giriraj Malinga had also earlier maligned Pilot for offering money to buy the MLAs on his side, stating that he himself was offered Rs. 35 crores. Sachin Pilot has served a legal notice to him.