A newspaper clipping is doing the rounds on social media with a caption that claims that there will be a privatisation of government schools in India.

(Translation: The next target is government school teachers. ) 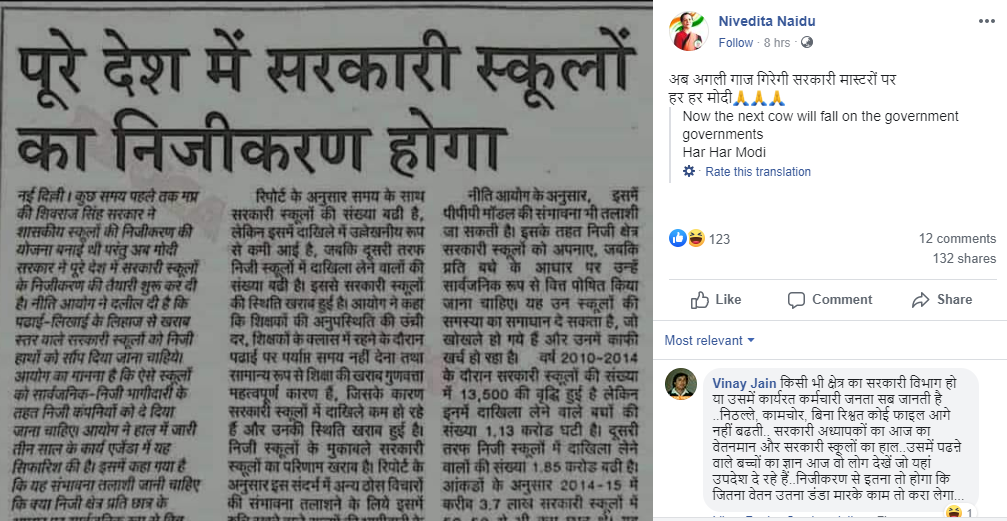 More such posts can be found here, here and here. 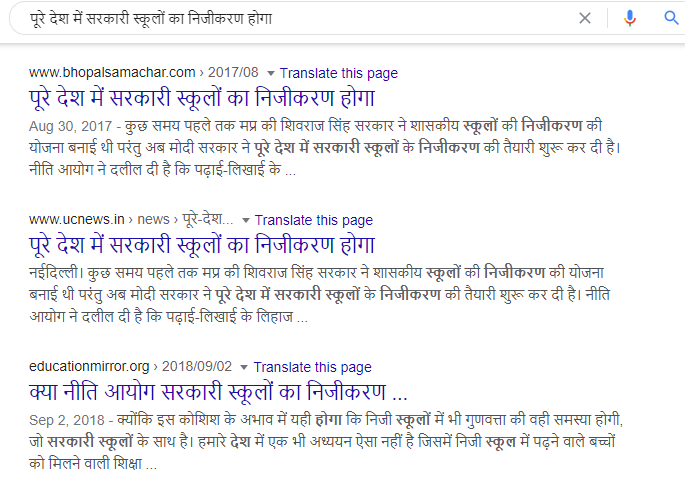 We found the exact same article of the newspaper clipping on Bhopalsamachar.com dated August 30, 2017, about the privatization of government schools in India. 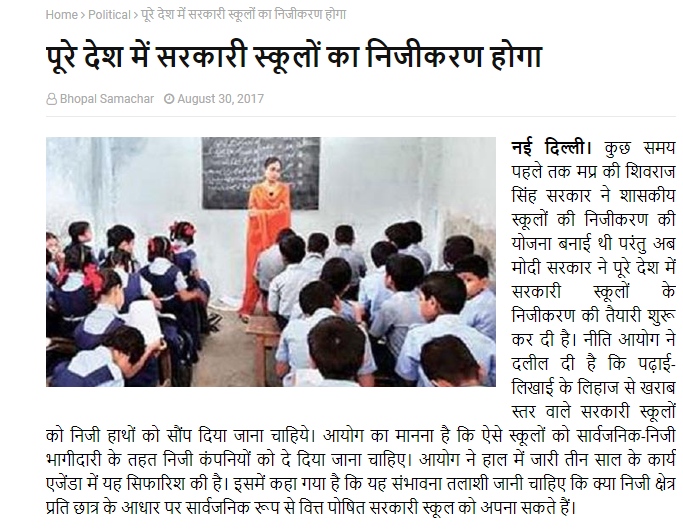 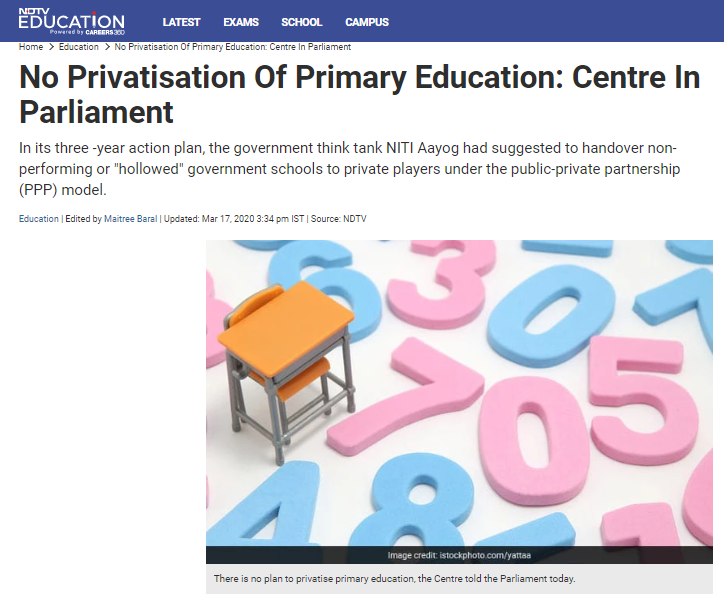 Hence, the above information proves that the newspaper clipping that has gone viral over social media is old and is done with the prime aim of misleading the masses.