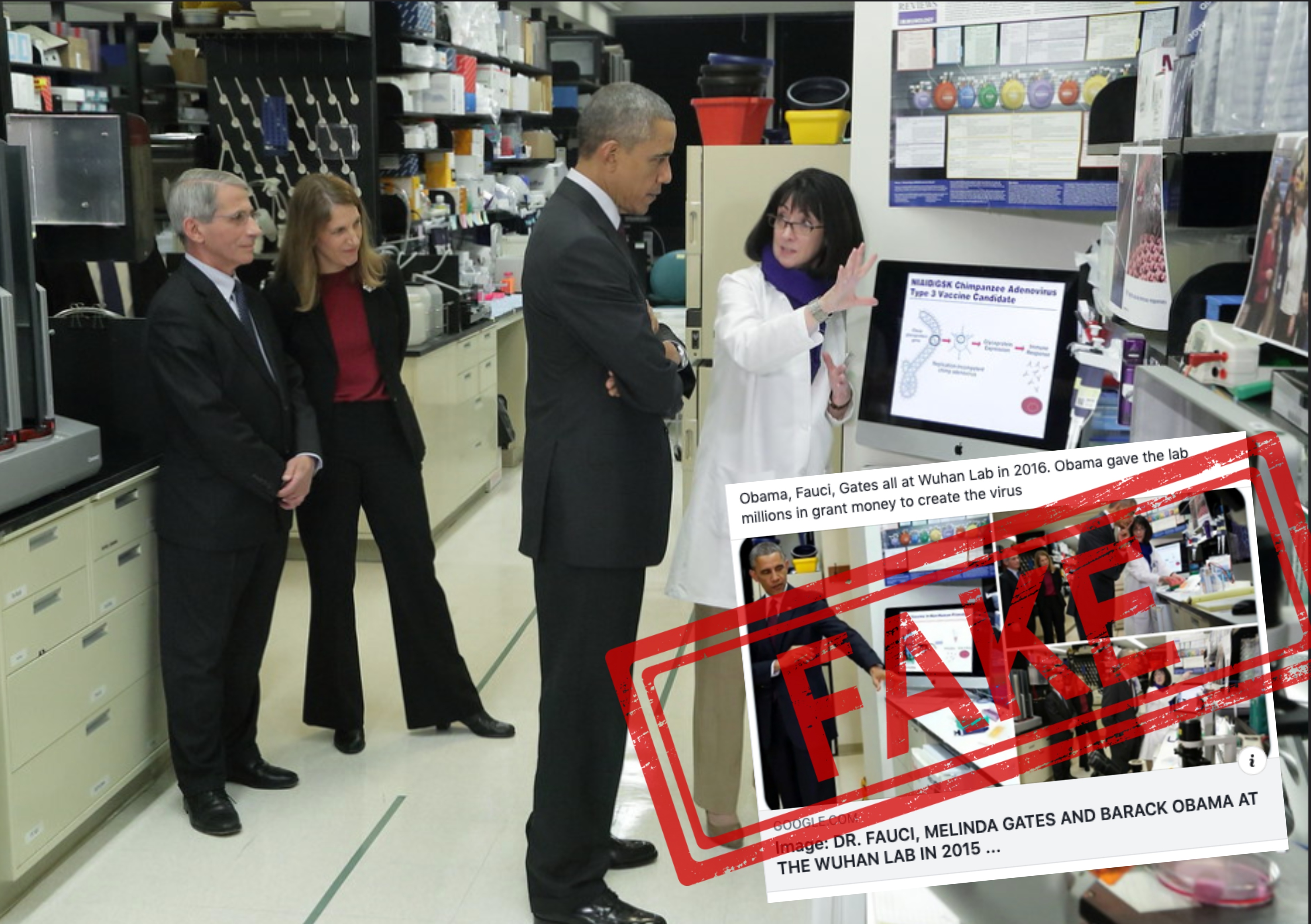 A set of pictures is being shared on social media featuring former US President Barack Obama and Dr Anthony Fauci with a claim that they visited a Wuhan laboratory in 2015 along with Melinda gates. Some posts are putting the date at 2016 as well. Dr Fauci is a leading US immunologist and adviser to President Donald Trump in US’s fight against coronavirus. 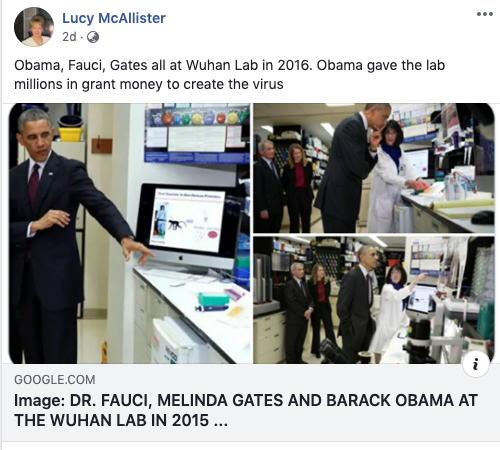 The above Facebook post also has a link to a blog dated July 13, 2020, with the same claim backed with these pictures. 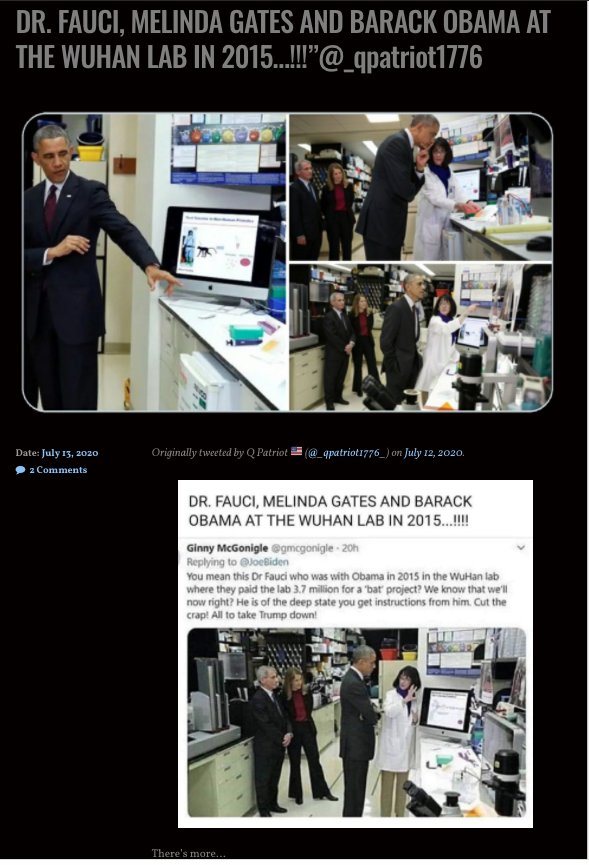 The above post is being widely shared in the wake of coronavirus pandemic with a claim that Obama had given millions as grant to the lab to create the virus.

NewsMobile fact checked the above post and found that the claims attached to the pictures are FAKE.

On putting the picture through Reverse Image Search, we found the first picture on official Flicker handle of National Institute of Allergy and Infectious Diseases  (NIAID). 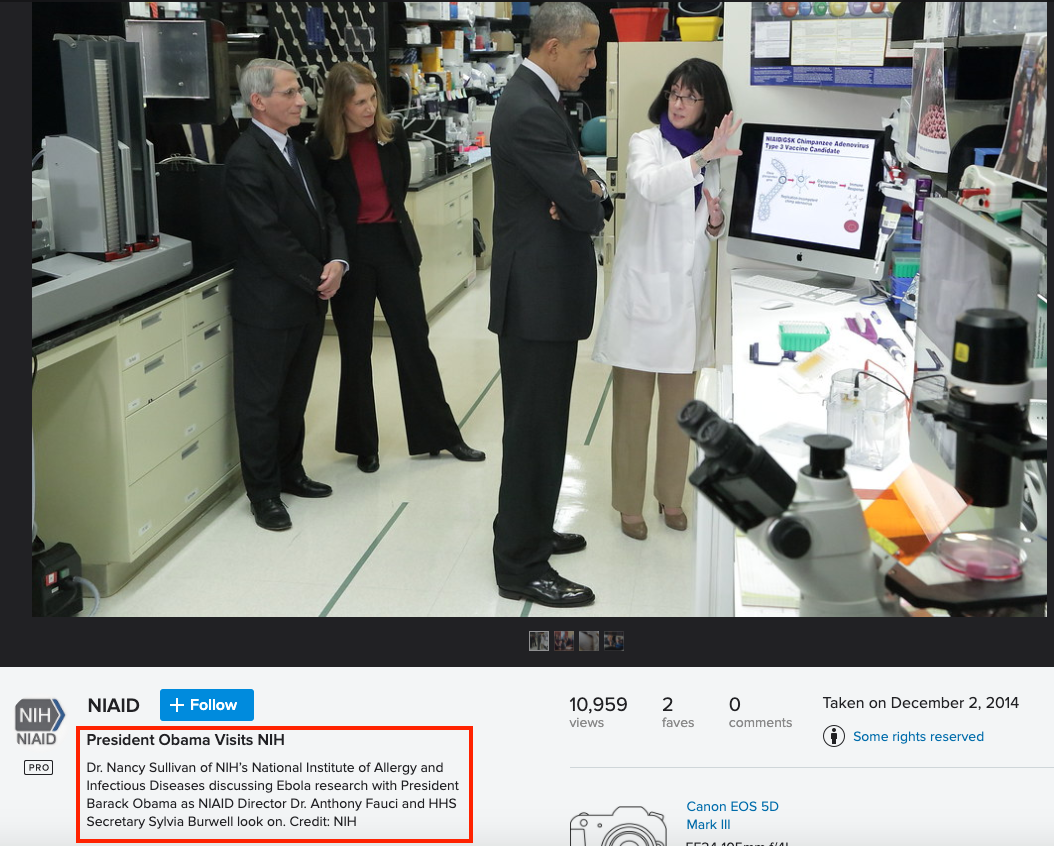 According to the picture description, the photograph was taken on December 02, 2014, when then-President Barack Obama visited the National Institute of Health (NIH). In the picture Dr Nancy Sullivan of NIH’s National Institute of Allergy and Infectious Diseases can be seen discussing Ebola research with Obama. In the background is NIAID Director Dr Anthony Fauci and HHS Secretary Sylvia Burwell.

On digging further, we found a few reports about Obama’s visit NIH in December 2014. 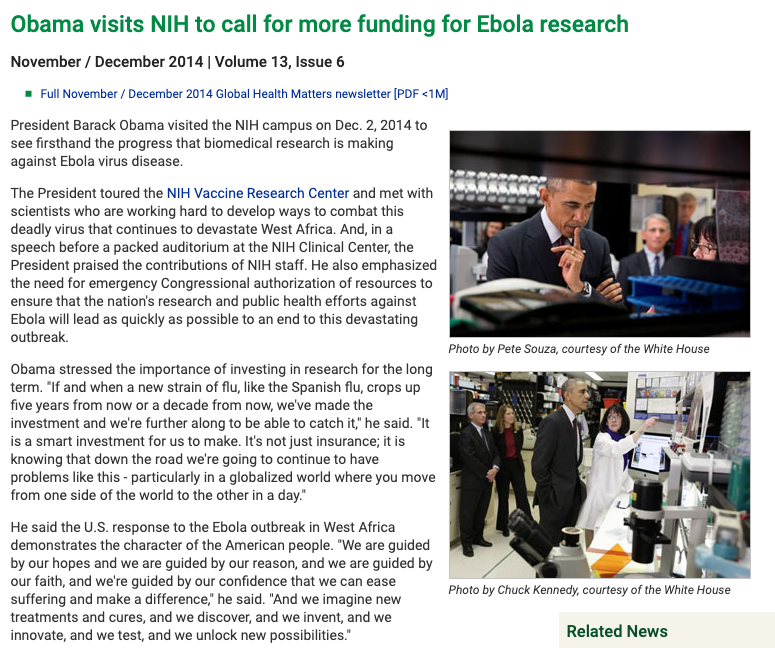 Sylvia Burwell has been confused with Melinda Gates, in the viral post as Gates was not part of the delegation.

In conclusion, the above inferences establish that the claims attached to the pictures are FAKE as the pictures featuring President Obama weren’t clicked in Wuhan’s lab.