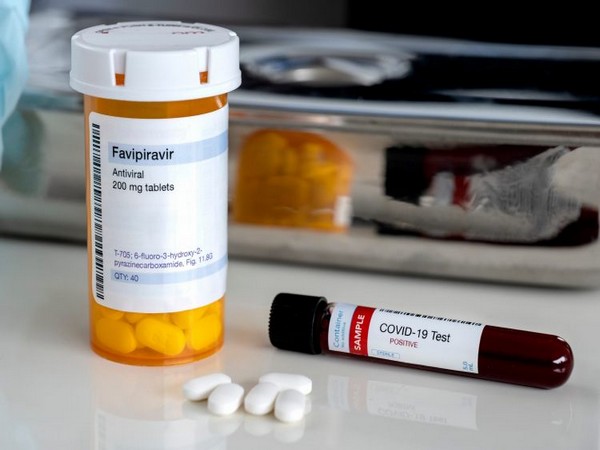 Addressing the regulator’s concerns about pricing, the company clarified that, “Compared to other therapies being used for critically ill patients of COVID-19, it’s drug  FabiFlu is much more economical and an effective treatment option.” The company in its clarification letter has drawn comparisons between FabiFlu and the other drugs/ treatments approved for COVID-19.

According to the information provided by the company, the letter reads that the estimated  cost for seeking therapy by using Favipiravir is Rs. 9,150, however, the estimated cost of therapy  by using other drugs like Remdesivir and Itolizumab is around Rs 24,000 – 30,000 and Rs 32,000 respectively. (You can access the letter from here )

On Sunday, the Drugs Controller General of India (DCGI) had asked for a clarification from Glenmark Pharmaceuticals regarding its alleged “false claims” on the utilization of anti-viral FabiFlu (favipiravir) on COVID-19 patients with comorbidities.

The top drug regulator had also asked for an explanation on the “pricing” of the drug. This move came after the drug regulator received a complaint from a Member of Parliament (MP), Dr. VG Somani. On June 19, the drug regulator gave the green signal for anti-viral drug favipiravir for “restricted emergency use” in mild to moderate cases of COVID-19 in view of the emergency and unmet medical need during the pandemic. Thereafter, Glenmark Pharmaceuticals had launched FabiFlu last month at a price of Rs 103 per tablet.

In a letter, Dr VG Somani, DCGI, had written to Glenmark pharma giant directing them to furnish a clarification after his office received a representation from a MP.

The legislator, in his complaint, to the drug regulator stated, “The total cost of the treatment with FabiFlu (favipiravir) will be around Rs 12,500 and that the cost proposed by Glenmark is definitely not in the interest of the poor, lower middle class and middle class people of India.”

“As per the claim by Glenmark, the patient has to take the tablet for 14 days, which means one patient will have to take approximately 122 tablets (18 tablets on day 1 and 8 tablets per day from day 2 to day 14.) The total cost of the treatment will be around Rs 12,500,” the complaint said in a representation to DGCI.

As per the statement by Glenmark and media reports, the DCGI had accelerated the process for clinical trials and reviews considering the pandemic situation, unmet medical conditions and unavailability of specific therapeutic management against COVID-19 for this drug, the complainant said.

“However, after positive approach, accelerated processes and efforts by DCGI, Health Ministry and relevant state FDA departments, the cost proposed by Glenmark is definitely not in the interest of the poor, lower middle class and middle-class people of India,” the presentation made by legislator stated.

“In such a global pandemic, where the world is struggling against COVID-19, the central government should ensure affordability of the drug to the common people. In fact, 6-12 centers wherein these clinical trials were conducted are government medical colleges from Maharashtra, Gujarat and Delhi. This indicates that poor and middle class patients have contributed to the clinical trial as subjects. “Price quoted for this drug is definitely un-affordable to the common people,” the presentation said.

The DCGI, in its letter,had enclosed the presentation made by the MP based on an online press conference by Glenmark Pharmaceuticals and media reports that the cost of FabiFlu per tablet is Rs 103.

“It had been mentioned in the representation that Glenmark had also claimed that this drug is effective in comorbid conditions like hypertension and diabetics, whereas in reality, as per protocol summary, this trial was not designed to assess the FabiFlu in comorbid condition,” read the letter sent by DCGI to the Mumbai-based pharmaceutical company dated July 17.

“No clinically sufficient data specific to these conditions are available, the DCGI said in a letter.

“In view of this, you (Glenmark) are requested to provide your clarification on the above points for taking further necessary action in the matter,” read the DGCI letter to Glenmark.

However, it stated that on July 13, Glenmark had made its price cut for antiviral drug Favipiravir, under the brand name FabiFlu, for the treatment of patients with mild to moderate COVID-19, by 27 per cent to Rs 75 per tablet.