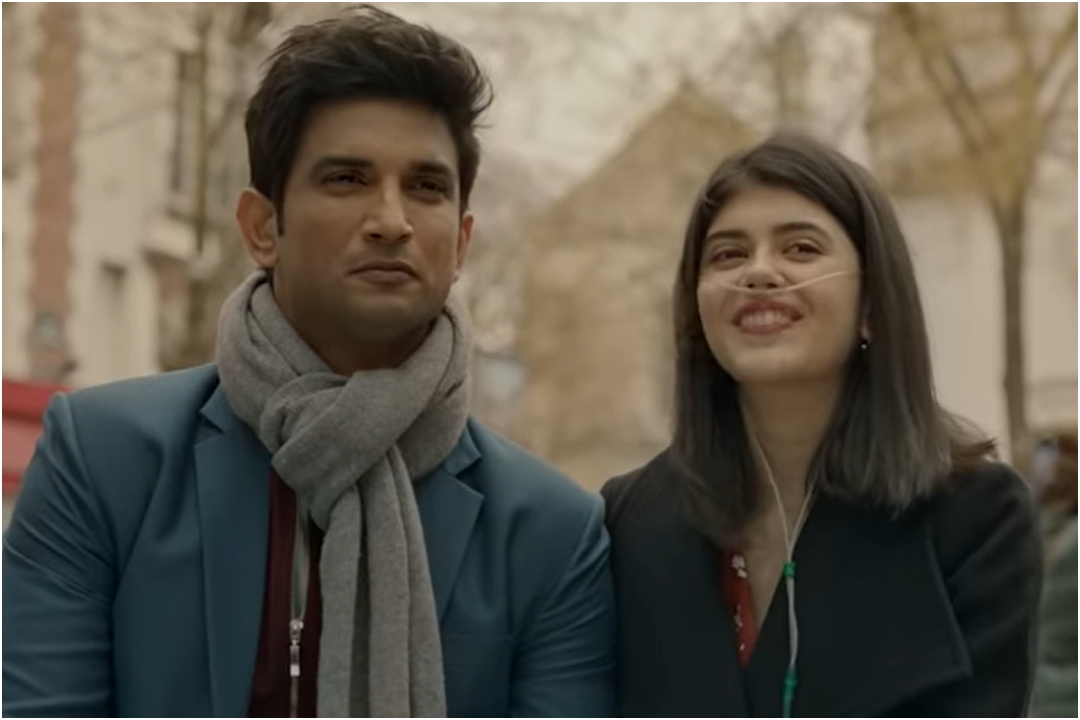 ‘Khulke Jeene Ka’ — the newly released song from the movie ‘Dil Bechara’ starring late actor Sushant Singh Rajput and co-star Sanjana Sanghi, is all about the joy of living the life.

The mood uplifting song, which was released on Sunday, is from the legendary composer AR Rahman and is sung by Arijit Singh and Shashaa Tirupati. The official music video which is shot in the ‘love capital of the world’ – Paris, sees the actors, who are playing the role of Manny (Sushant Singh Rajput) and Kizie (Sanjana Sanghi), enjoying their time and sharing some adorable moments.

The backdrop of the beautifully shot music video can be understood from Sanghi’s tweet, that she posted earlier today while sharing the link to the official music video on Twitter.
The 23-year-old star tweeted, “You’re finally going to be a part of witnessing Manny turning Kizie’s cant’s into cans; and her dreams, into plans.”

In the movie’s trailer, Sanghi’s character is introduced as a shy, and quiet girl battling cancer, while the ‘Kai Po Che!’ actor as a chirpy, cheerful college student, full of zeal to live life.

ALSO READ: ‘Beyond thrilled’, says Deepika Padukone for her upcoming project with Prabhas

However, the duo is seen drawing closer, sharing light-hearted banter before finally falling in love, and deciding to live the remaining part of Sanjana’s life to the fullest.
Hence, the new song from the movie chronicles that part of the storyline where Manny is making all the possible efforts to fulfill Kizie’s dreams.

The maker’s of ‘Dil Bechara’ has already kept their audience amazed by sharing multiple posters, the title track, trailer, and also the song ‘Taare Ginn’.
‘Dil Bechara’ will be premiered on the digital platform Disney+Hotstar on July 24.

Directed by Mukesh Chhabra, the romantic flick is adapted from the famous novel ‘The Fault In Our Stars’ by John Green and will also see actor Saif Ali Khan in a special appearance.

The upcoming romantic drama holds a special place in many of the people as it is the final movie of Sushant Singh Rajput, who was found dead at his Mumbai residence on June 14.