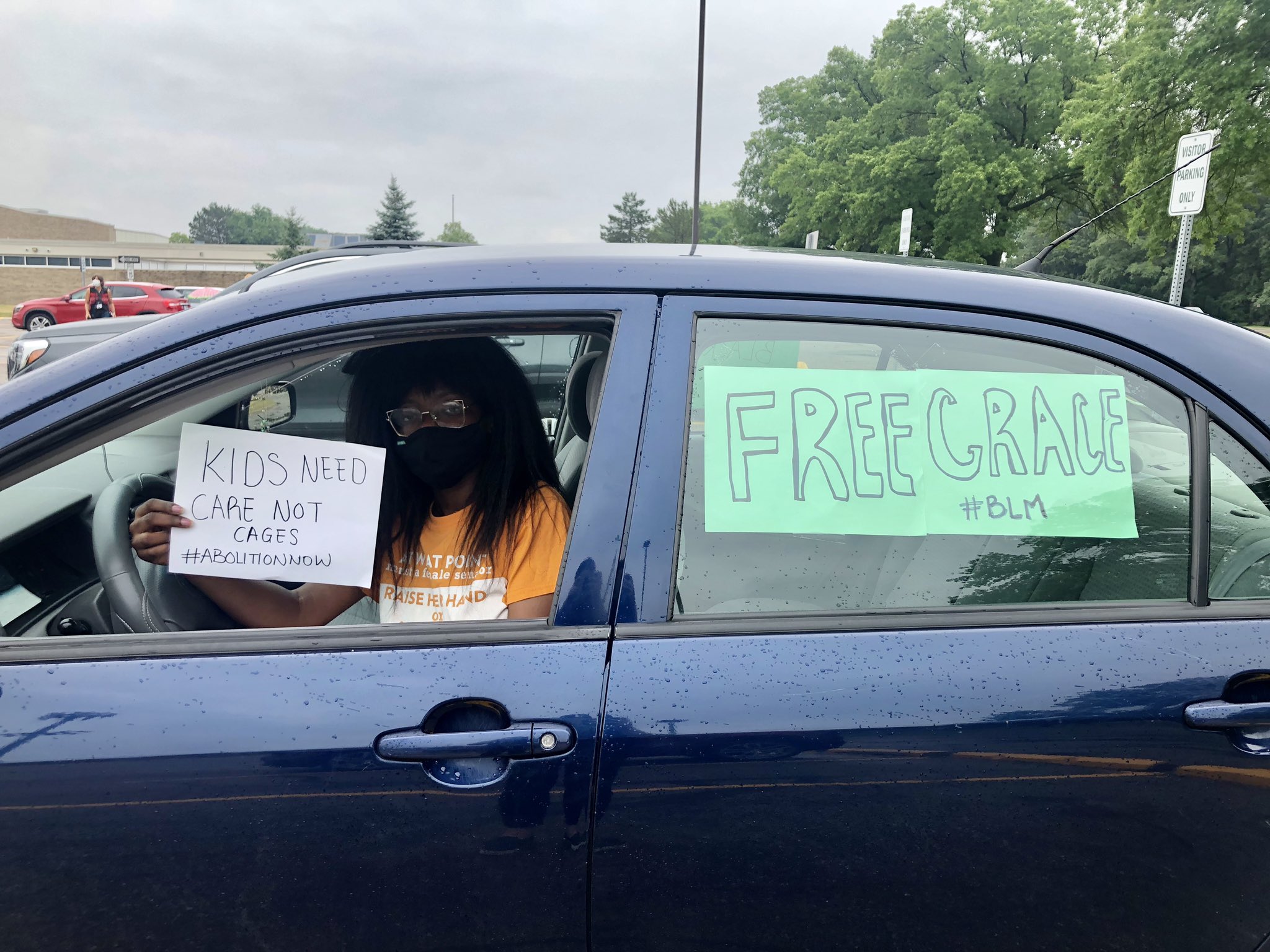 Protesters gathered outside Groves High School in Birmingham, Michigan in support for 15 year old Afro American teen, Grace who has been sent to juvenile detention for incomplete online schoolwork.

Grace had been put on probation in the middle of April for fighting with her mother and stealing. Part of the terms of the probation was she regularly submit her schoolwork. When she fell back on keeping up with her schoolwork which went online because of corona pandemic, she was sent to a juvenile detention center and has been there since mid May.

Grace’s mother says she suffers from attention deficit disorder. Grace was overwhelmed when online learning began April 15, about a month after schools closed. Without in person instructions he got distracted and had difficulty keeping herself on track.

A petition online for Grace’s release has garnered thousands of signatures. Protesters were demanding Grace be released at time when families are already dealing with emotional issues brought about by corona pandemic. Many students held placards saying, “ I didn’t do my school work either, free grace.”

Michigan’s Supreme Court says it would review Grace’s case after lawyers for the teenager filed a motion seeking an emergency review.