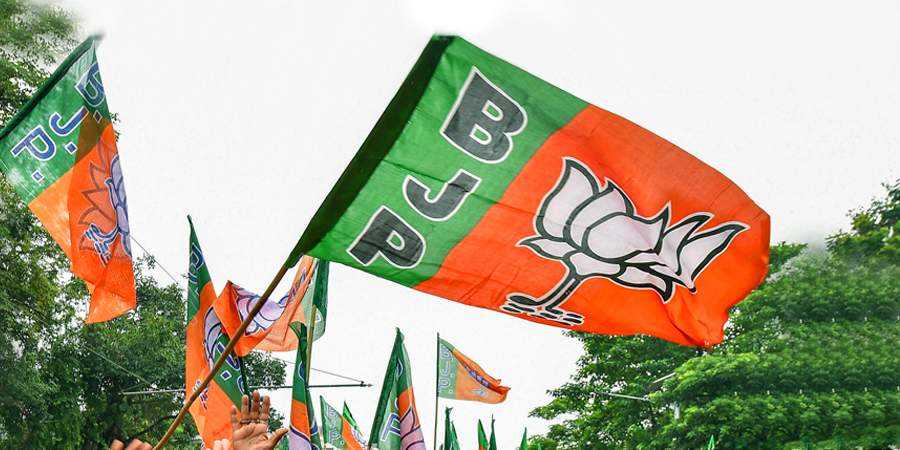 “Mahesh Joshi, Randeep Surjewala, and other accused have been regualarly making false and inflammatory statements against the BJP to criminally damage its reputation, so that the blame for the current sorry state of affairs of the Congress can be pinned on the BJP.

With the ill-intention of damaging the BJP’s reputation, a conspiracy was formed at the Chief Minister’s residence situated at 8 Civil lines,” read the letter written by BJP Rajasthan spokesperson Bhardwaj to the Station Officer of Ashok Nagar police station read.

“From there (CM’s residence) imitation of (voices) of people was made and it was falsely accused to be statements of reputed leaders of the BJP and a fake phone conversation was created through which the false narrative of crores of rupees being offered to buy off Congress MLAs was created.

The accused involved in this conspiracy severely misused their position and power and the whole crime has been conducted by one named Lokesh Sharma, who calls himself an OSD of the Chief Minister,” the letter further said.

The complaint letter further said that Lokesh Sharma had “released three audio tapes to media workers on July 16, 2020, somewhere around 8:25 pm through Whatsapp so that the defamatory material can be circulated on a large scale to fulfill the criminal intent.”

Bhardwaj said that a news report in the Jaipur edition of a leading Hindi daily, published on July 17, 2020, had conveyed that the audiotape was released by Sharma.

He further said that Congress leaders Surjewala, Dotasra, in a press conference held on Friday read out the conversation in the audio tapes publically and “using them as a basis accused the BJP of throttling democracy, sabotaging the mandate, and toppling the government.”

Through this conspiracy, Bhardwaj alleged that hateful and insulting comments are being made on the BJP and its supporters, and “on the basis of this the Special Operation Group (SOG) has filed fake lawsuits under Section 124A of the Indian Penal Code and is also threatening BJP leaders of arrest.”

The BJP leader has urged the police officer to file a complaint against Sharma, Surjewala, Dotasra, and others involved in the alleged conspiracy and take necessary action and recover the equipment used by them.

“Yesterday, shocking tapes were aired by the media in which Union Minister Gajendra Singh Shekhawat, BJP leader Sanjay Jain and Congress MLA Bhanwar Lal Sharma spoke about bribing MLAs and bringing down Rajasthan government. Congress has suspended MLAs Bhanwar Lal Sharma and Vishvendra Singh from the primary membership of the party. The party has also issued show-cause notices to them,” Surjewala had said.

“We demand Rajasthan government and Special Operations Group (SOG) to register FIR and arrest the culprits as plenty of evidence has surfaced now,” he had further stated.

Surjewala had read out a transcript of alleged audio of horse-trading between rebel MLAs and BJP, stating, “BJP has breached the trust of people. The audio clip reveals a horse-trading deal. This is a dark chapter in the history of democracy.”

“This time the Narendra Modi government has challenged the wrong state,” the Congress leader had said.He had alleged that the BJP has been “conspiring to topple Rajasthan government and buy legislators’ allegiance.”