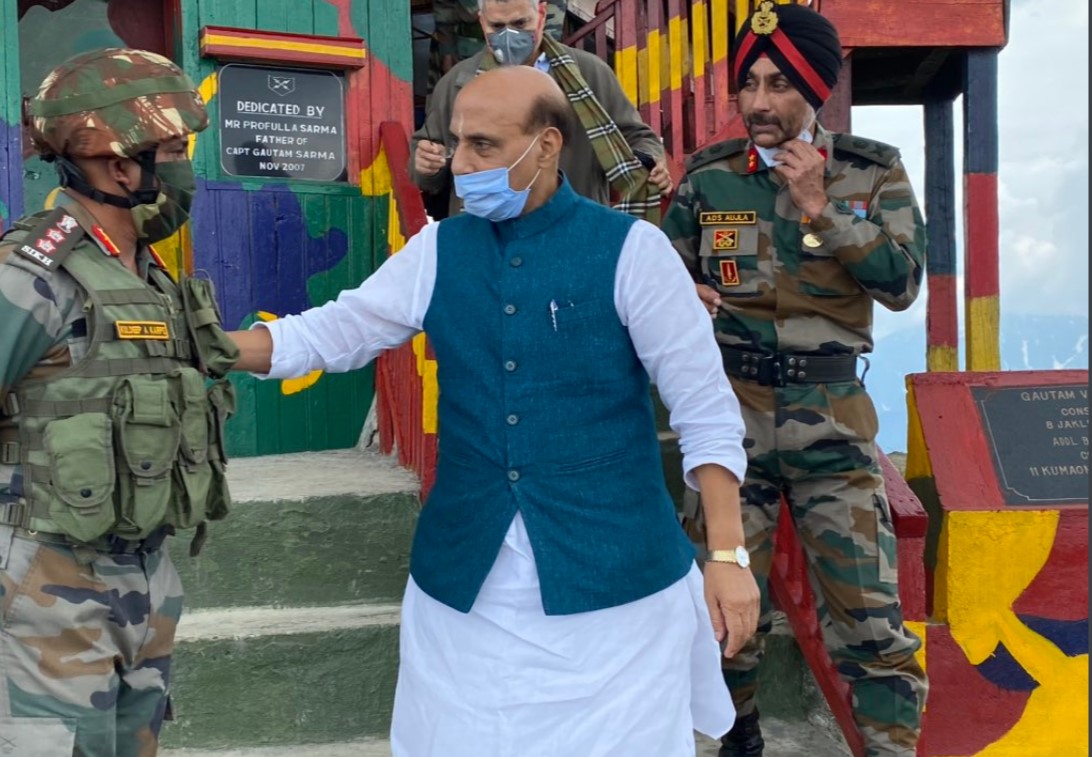 After visiting Amarnath cave temple and offering prayers, Defence Minister Rajnath Singh inspected arms and ammunition during his visit to a forward post near LoC in Kupwara district in Jammu and Kashmir on Saturday.

Visited a forward post near LoC in Kupwara District of Jammu-Kashmir today and interacted with the soldiers deployed there.

We are extremely proud of these brave and courageous soldiers who are defending our country in every situation. pic.twitter.com/Chaqvf83Xq

The Defence Minister is on a two-day visit to Ladakh and Jammu and Kashmir. Chief of Defence Staff General Bipin Rawat and Army chief General MM Naravane are also accompanying him.

On the first day of his visit, the Defence Minister interacted with the troops in Lukung, Ladakh along with Chief of Defence Staff General Bipin Rawat and Army Chief General MM Naravane, on Friday.

“Talks are underway to resolve the border dispute but to what extent it can be resolved I cannot guarantee. I can assure you, not one inch of our land can be taken by any power in the world,” he said referring to India-China standoff while he interacted with the Indian Army and ITBP personnel at Lukung.

Emphasising on finding a diplomatic solution to the standoff, he further said, “If a solution can be found by talks, there is nothing better.”

“Recently what happened between troops of India and China at PP14, how some of our personnel sacrificed their lives protecting our border. I am happy to meet you all but also saddened because of their loss. I pay my tributes to them,” he added.

While Pakistan has been continuously carrying out ceasefire violations along the Line of Control and China has been carrying out incursions into Indian territory in Ladakh region in recent past.

On June 15, 20 Indian soldiers laid out their lives during combat with Chinese forces in Galwan Valley, leading to tensions between both nations. Chinese soldiers subsequently started moving back following dialogues between two countries through the military level and diplomatic level.