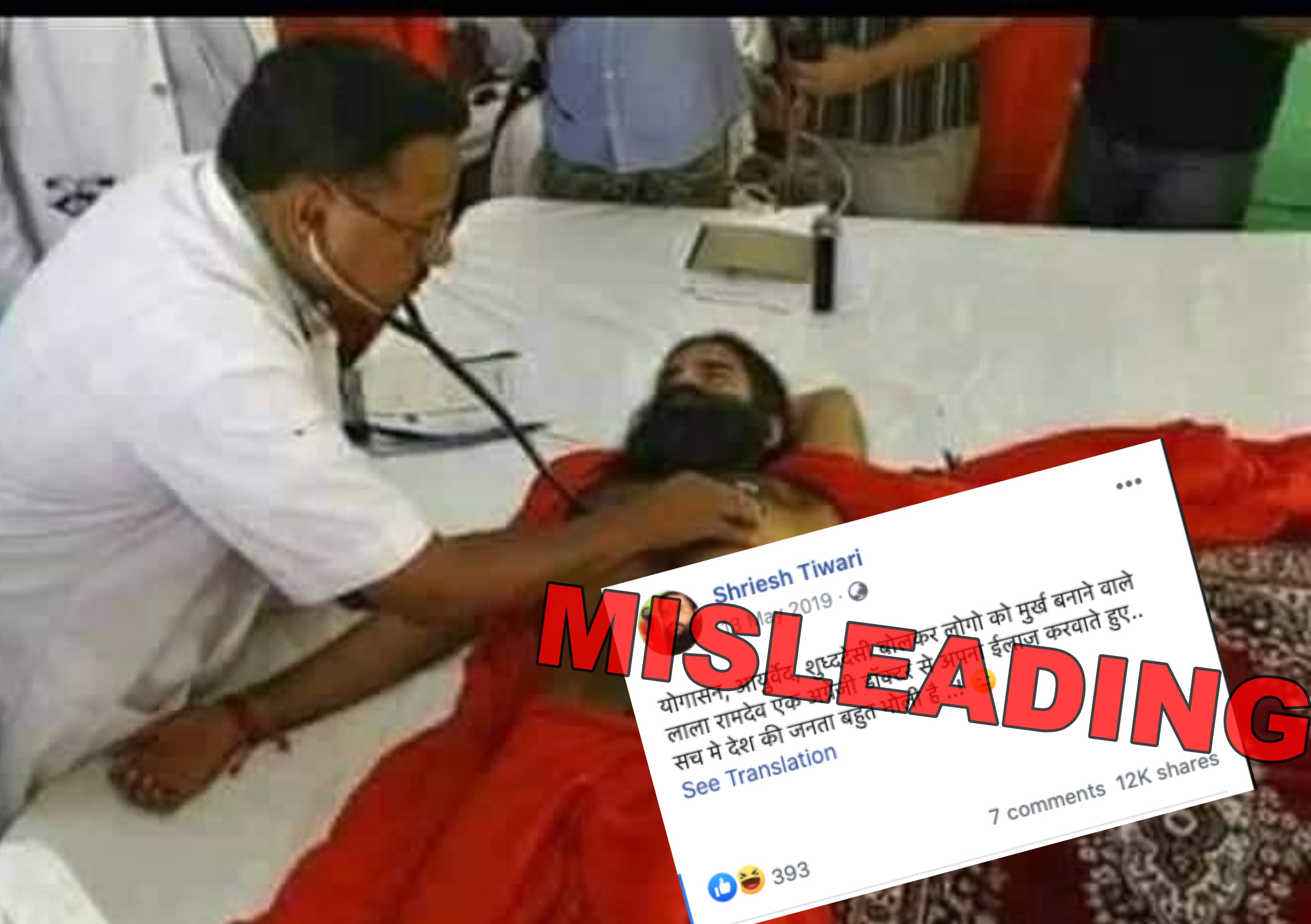 Following Baba Ramdev’s push for Ayurveda to tackle the global COVID-19 pandemic, a picture showing him being checked by a doctor is being widely shared on social media.

The caption tries to draw attention towards the hypocrisy of Ramdev, with a claim that while he promotes Ayurveda, he himself relies on allopathic doctors for treatment.

(Translation: Lala Ramdev, who made fool of people by speaking Yogasan, Ayurveda, Shuddhadesi, is now getting his treatment from an English doctor .. The people of the country are really innocent)

On putting the picture through Reverse Image Search, we found that the picture was originally taken by a Associated Press (AP) photographer on June 08, 2011, during Ramdev’s Hunger Strike against corruption. 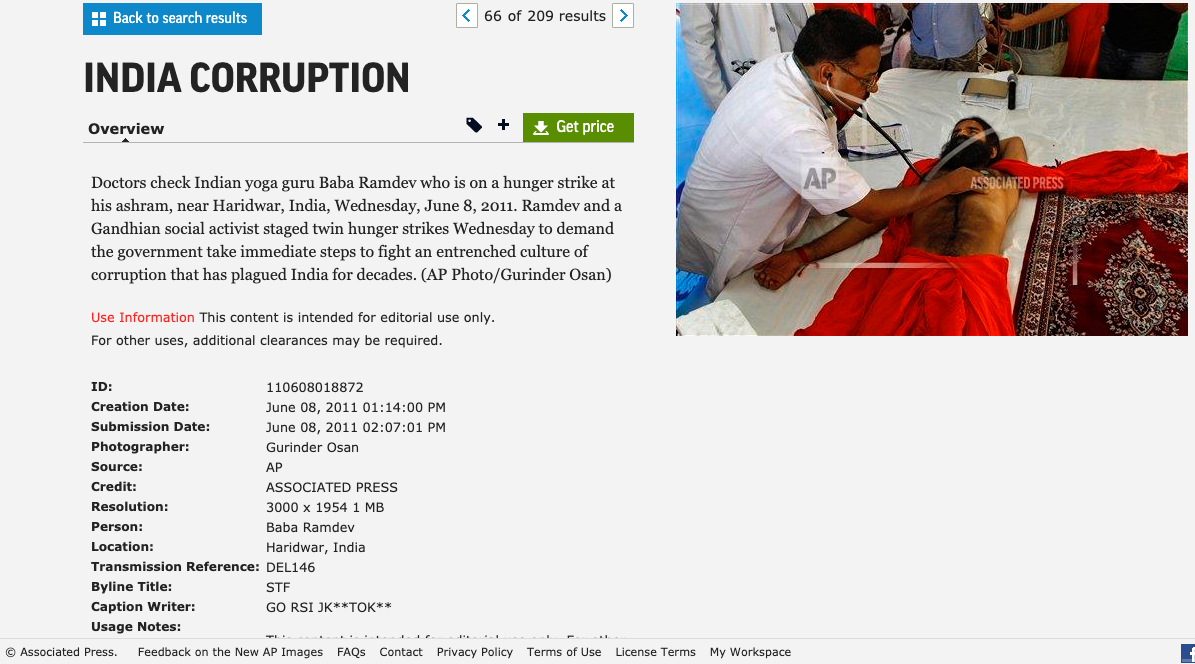 The picture was clicked when the doctor was checking Ramdev on the fifth day of his hunger strike in Haridwar.

Subsequently, on June 10, 2011, reports suggest that Ramdev’s health condition worsened and he was taken to Himalayan Institute Hospital Trust (HIHT) hospital in Uttarakhand.

In conclusion, the above information proves that the viral picture in question is nine-year-old and it is being shared with misleading claims in the backdrop of COVID-19.