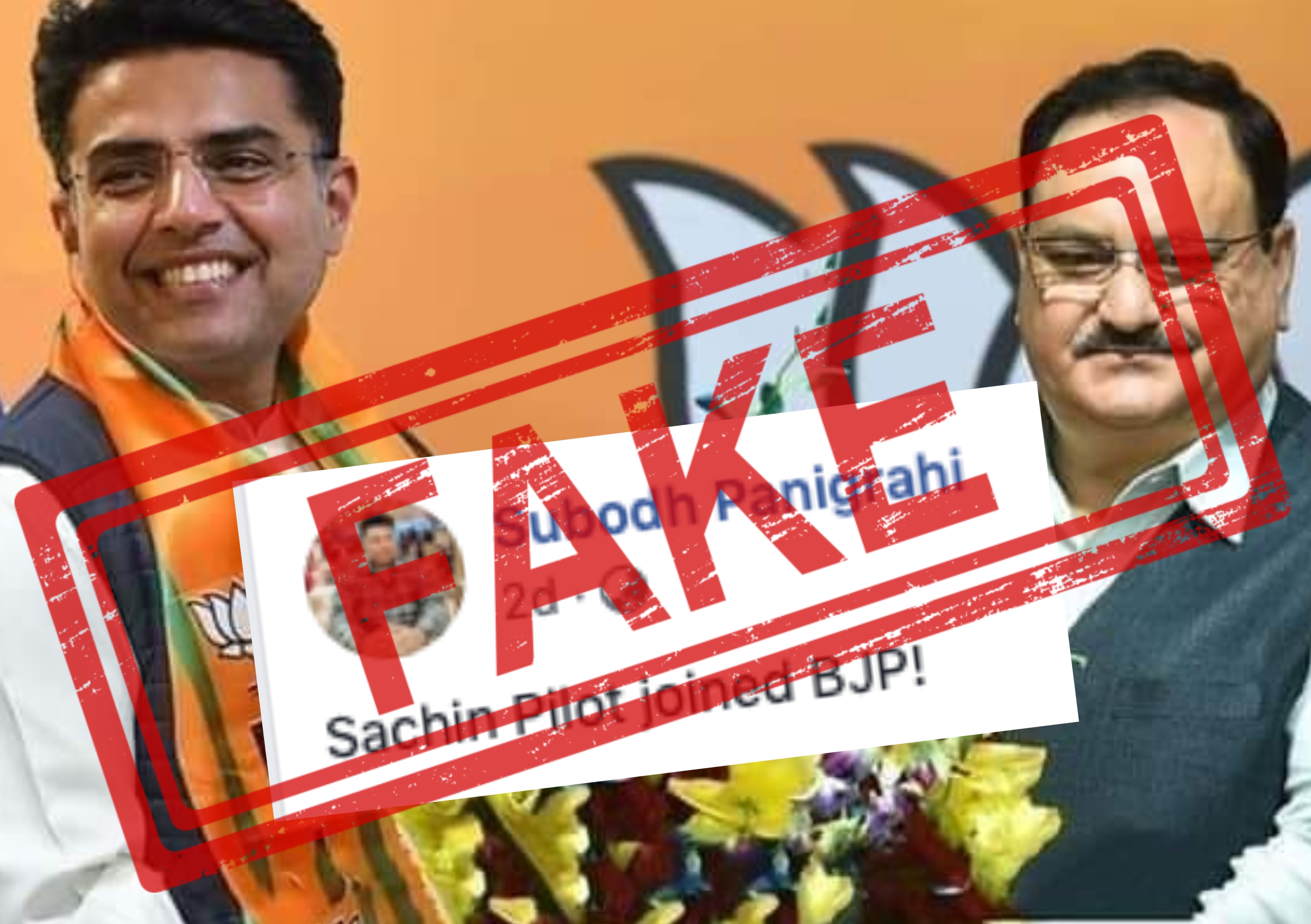 Amid the ongoing political impasse in Rajasthan over Sachin Pilot, a picture has surfaced on the internet in which former Rajasthan Deputy Chief Minister and rebel Congress leader Sachin Pilot can be seen with BJP President JP Nadda exchanging a bouquet. Pilot is seen sporting a BJP scarf as well.

It is being claimed that Pilot has joined the Bharatiya Janata Party. 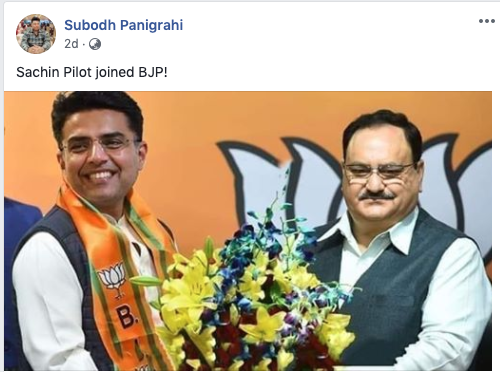 NewsMobile fact-checked the above post and found that the picture in question is morphed.

On putting the picture through Reverse Image Search, we found the original picture which was featured in numerous news reports. 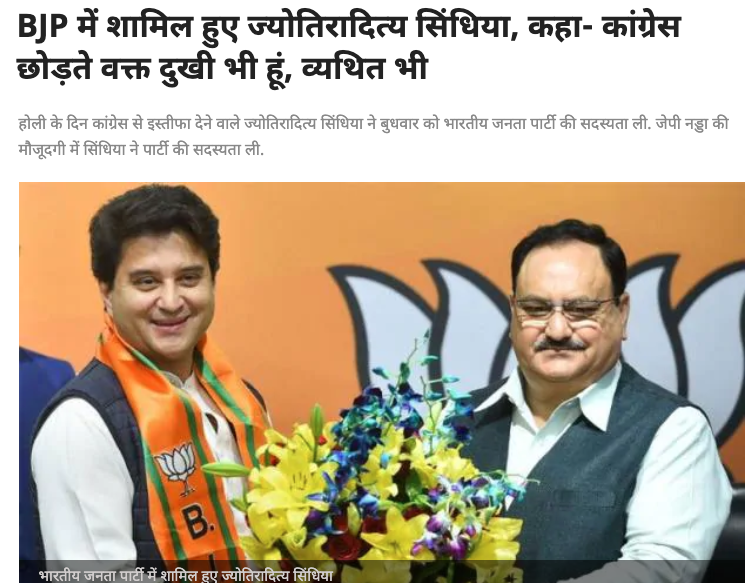 The original picture was taken when Congress leader from Madhya Pradesh Jyotiraditya Scindia was inducted in BJP on March 11, 2020.

The above FAKE vs REAL collage clearly shows that the Sachin Pilot’s face was superimposed on Scindia’s face in the original picture using photo editing software.

Moreover, as per reports dated July 15, 2020, Pilot had clarified that he is not joining BJP. “I am not joining BJP. Those saying that are just trying to lower me in Gandhis’ eyes,” he was quoted as saying by Hindustan Times.

Hence, in conclusion, the above information proves that the above post is FAKE as the picture in question is morphed.