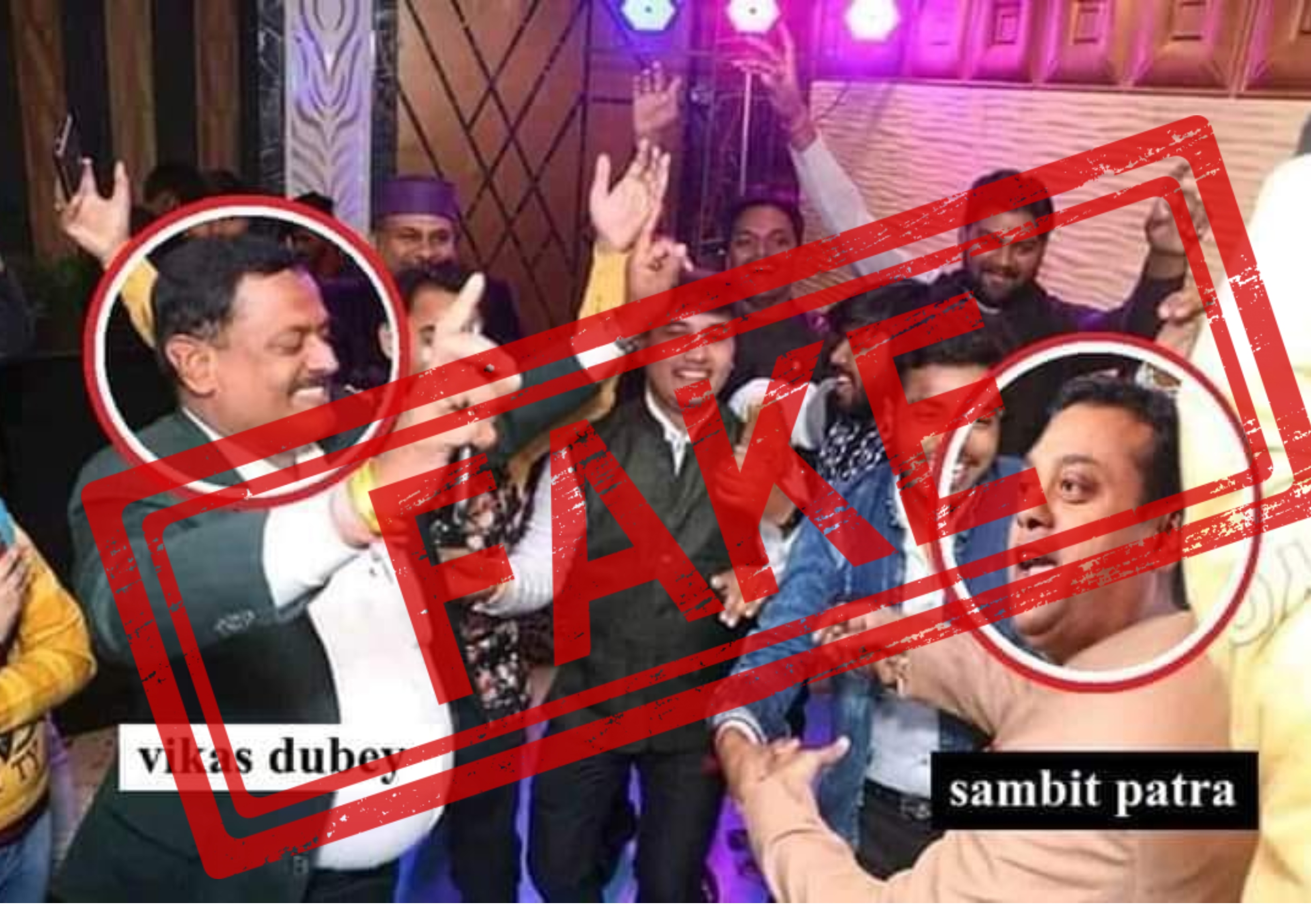 Following the encounter of Kanpur gangster, Vikas Dubey, a picture has surfaced on the internet in which he can be seen dancing with BJP leader Sambit Patra.

ALSO READ: Fact Check: Did Nepal shoot down HAL Rudra after it entered…

On putting the picture through Reverse Image Search, we came across an article dated July 7, 2020, by Amar Ujala which had featured the original picture. 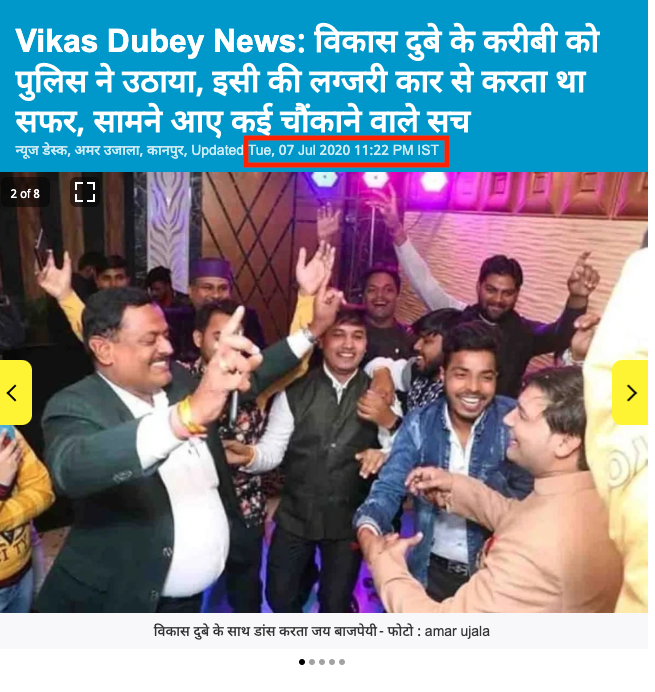 In the above FAKE vs REAL collage, it is clear that Sambit Patra’s face was superimposed on one of the men in the original picture with Dubey.

On digging further, we also found Patra’s original picture from which his face was cut out to created the FAKE picture. 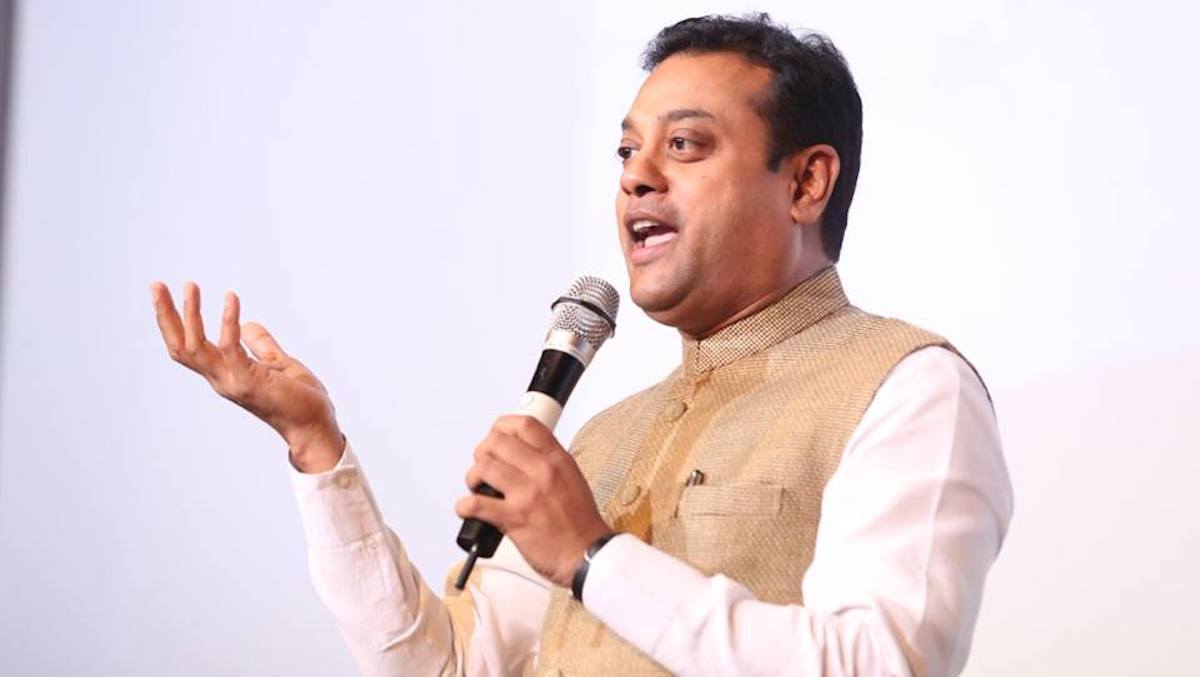 Hence, the above discoveries establish that the picture in question is FAKE.