Home Home Slider Through the lens of MOM: This how Mars’ biggest moon Phobos looks... 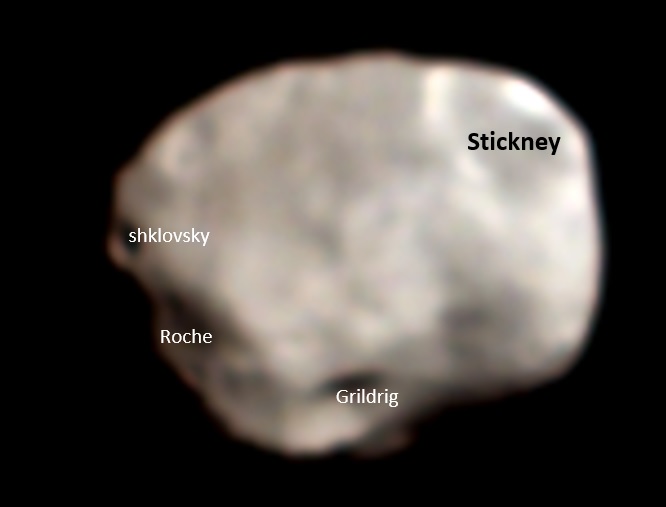 New Delhi: The Indian Space Research Organisation (ISRO) on Friday shared a recent image of the mysterious moon of Mars, Phobos, as captured by the Mars Orbiter Mission.

The image was captured on July 1 by the Mars Colour Camera. Taking to Twitter, ISRO shared the image and wrote, “A recent image of the mysterious moon of Mars, Phobos, as captured by India’s Mars Orbiter Mission.”

“Mars Colour Camera (MCC) onboard Mars Orbiter Mission has imaged Phobos, the closest and biggest moon of Mars, on July 1 when MOM was about 7,200 kilometres from Mars and at 4,200 kilometres from Phobos,” ISRO said.
The spatial resolution of the image is 210 metres. This is a composite image generated from 6 MCC frames and has been colour corrected, the space agency stated.

A recent image of the mysterious moon of Mars, Phobos, as captured by India’s Mars Orbiter Mission

ALSO READ: Going to college in 2020? Here are some useful tips

“Phobos is largely believed to be made up of carbonaceous chondrites. The violent phase that Phobos has encountered is seen in the large section gouged out from a past collision, (Stickney crater) and bouncing ejecta. Stickney, the largest crater on Phobos along with the other craters (Shklovsky, Roche and Grildrig) are also seen in this image,” ISRO further said.

The mission was launched on November 5, 2013, by PSLV-C25, an expendable launch system, and entered the Martian orbit on September 24, 2014, in its first attempt.