Home NM FACT CHECKER People in Nepal are NOT protesting against PM KP Oli over their... 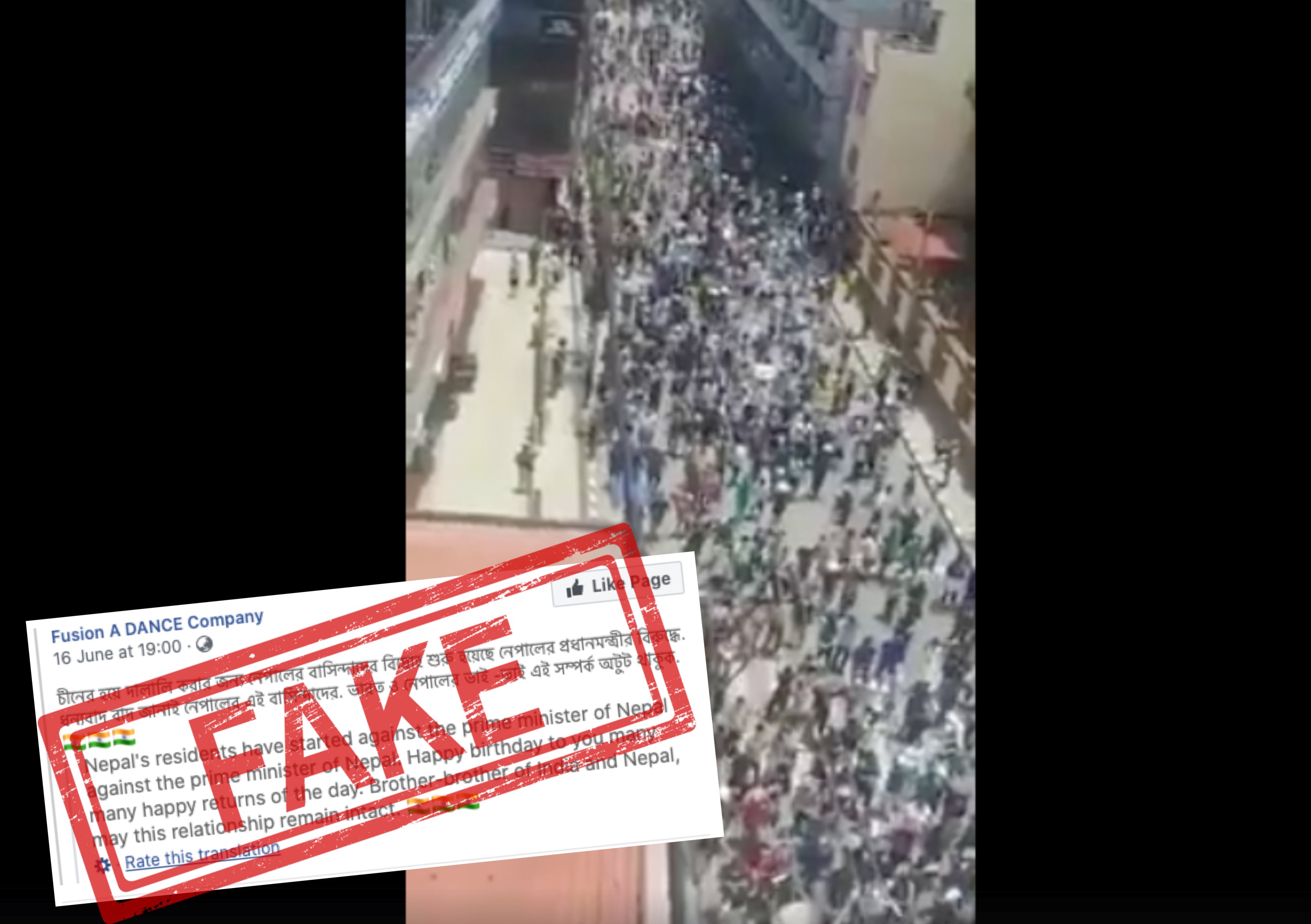 Following Nepal’s friendly overtures to China and anti-India stance which has plunged the Himalayan nation into the throes of a political crisis, a video has surfaced on the internet in which people in huge numbers can be seen taking out a protest march. It is being claimed that people were protesting against Nepalese Prime Minister KP Sharma Oli for being pro-China. 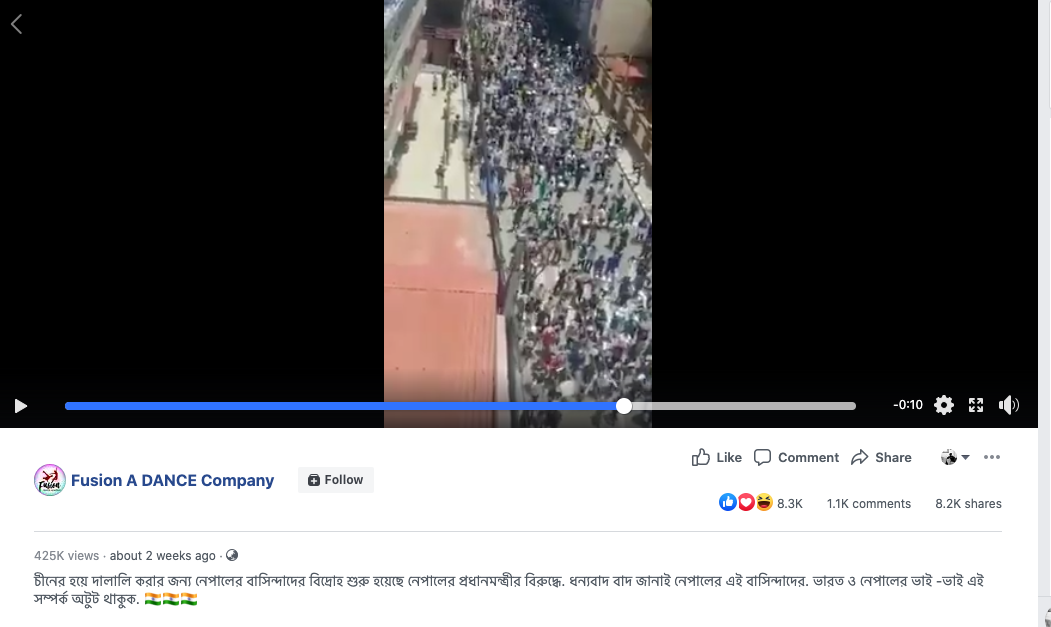 The caption translated from Bangla read: “People of Nepal have started a revolt against the Prime Minister of Nepal for acting as China’s stooge. Thanks to these residents of Nepal. May the brotherhood of India and Nepal remain intact.”

At the time of filing this report, the above post was shared over 8,200 times.

NewsMobile fact-checked the above video and found that the claim attached to the video is untrue.

We extracted the keyframes of the video and put them through Reverse Image Search. The search led us to the same video posted on YouTube by Kinima TV dated June 11, 2020. According to the description, the video was from Kathmandu and people carried out a protest against the lockdown.

Taking a cue from that, we ran a search with relevant keywords and found several reports (link, link) suggesting that hundreds of youth protested in Nepal in mid-June against the government’s handling of COVID-19 pandemic in the country.

Though NewsMobile cannot independently verify the origin of the video, however, the above information proves that the claim attached to the video is false. The video in question has no connection with Nepal’s stance in India-China standoff.