A video has gone viral on social media which has been attributed to British Airways thanking it’s passengers. The video message – essentially bidding adieu – is being shared with a claim that the airline is laying off its staff and shutting down its operations.

The video opens with a voice-over saying “British Airways has decided to suspend its entire workforce from June 15”. 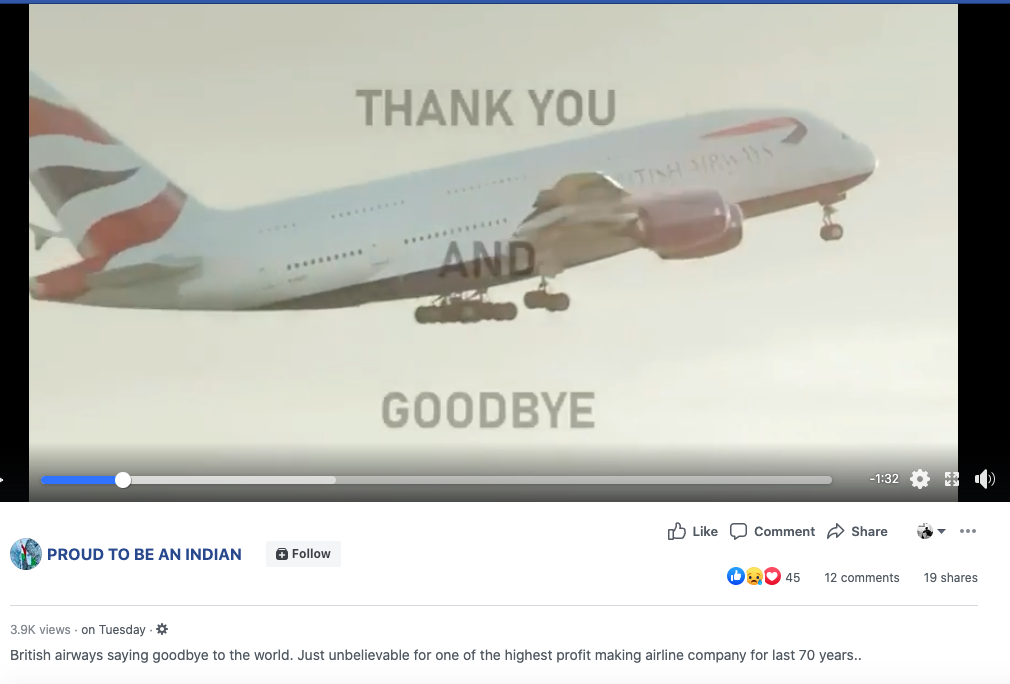 The caption with the video read: “British Airways saying goodbye to the world, Just unbelievable for one of the highest profit-making airline company for last 70 years, now lay down their wings, Such a sad story”

There has been no official report or notification by British Airways about shutting down or laying off its entire workforce.

Though we came across a report about British Airways laying off 350 pilots, there has been no reports of the airline shutting down. 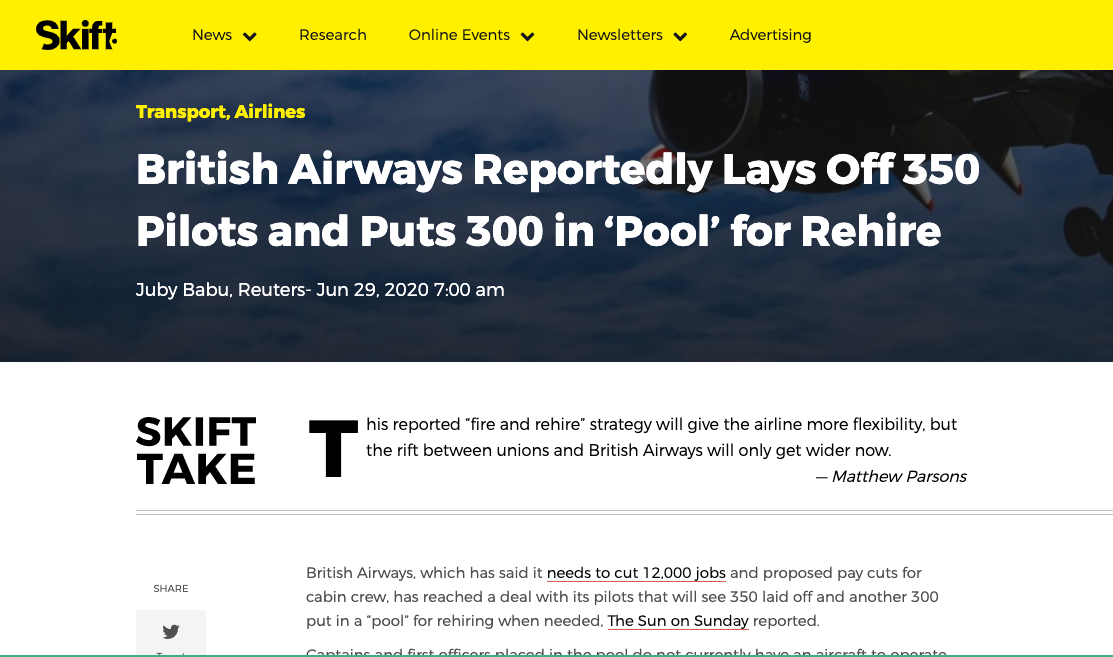 Taking our investigation further, we reached out to British Airways and the spokesperson confirmed to NewsMobile that “British Airways is not closing down“.

In conclusion, the above pointers amply prove that the claim of British Airways shutting down as claimed in the video is FAKE.