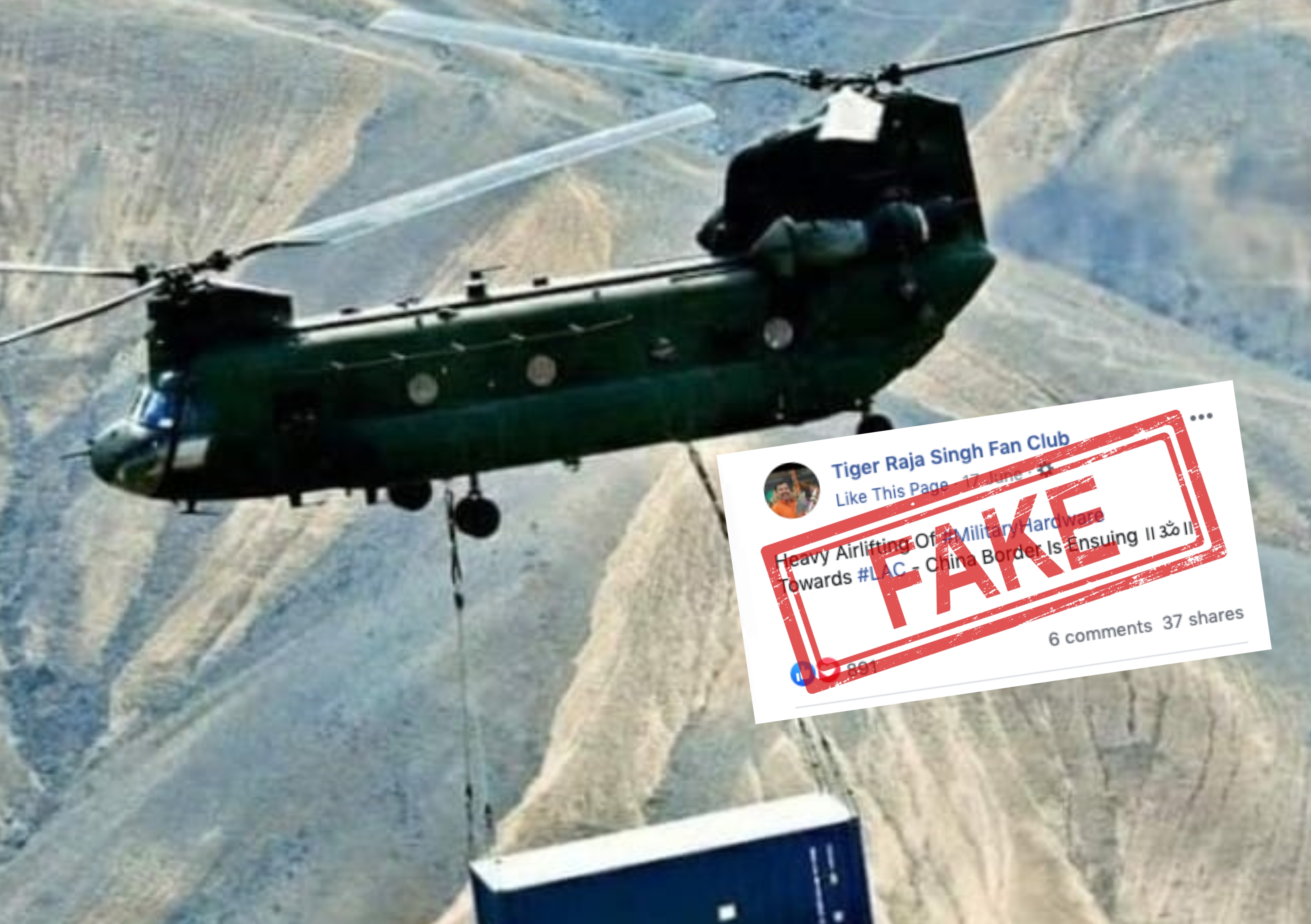 A picture is doing the rounds on social media in which a helicopter can be seen transporting a container attached with ropes. It is being claimed that military hardware was being transported to the Line of Actual Control (LAC) after tension between India and China escalated following the clash between the two nations on the night of June 15-16, 2020. 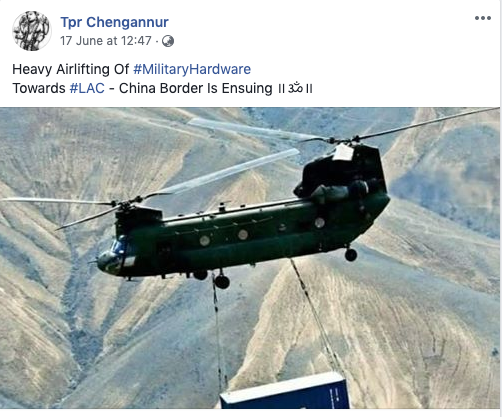 The caption of the picture read: “Heavy Airlifting Of #MilitaryHardware
Towards #LAC – China Border Is Ensuing ॥ॐ॥”

Here’s the link to another post with the same claim.

On putting the picture through Reverse Image Search, we found the same picture on the official website of Alamy, a British stock photography company. 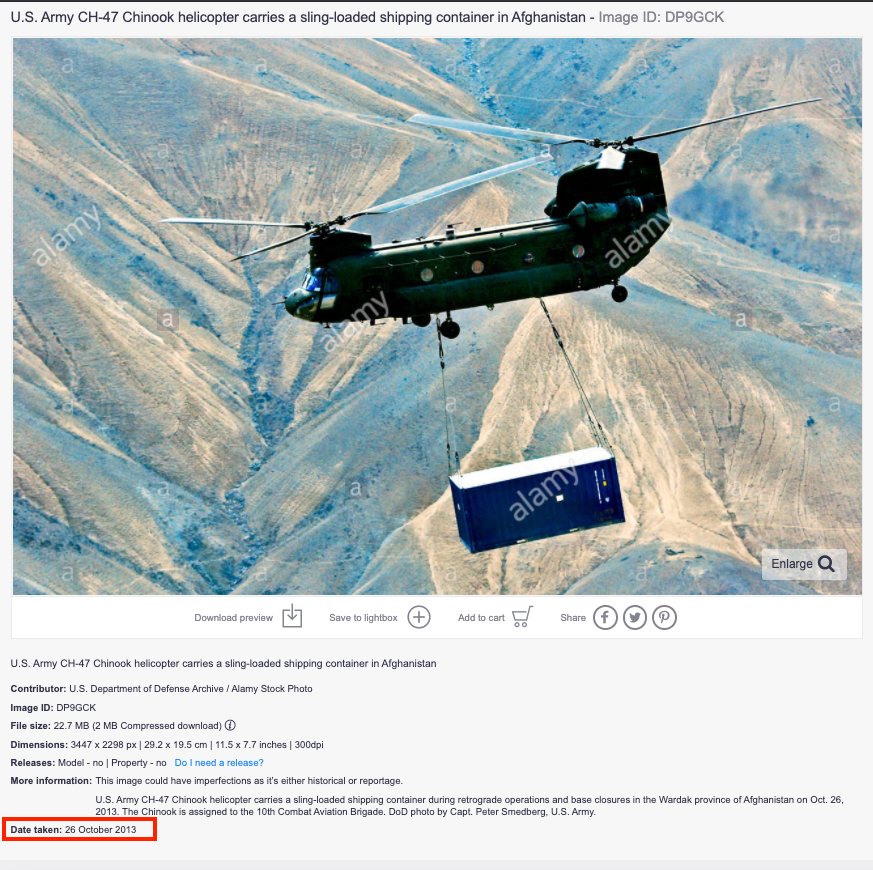 According to the description, the picture is of US Army’s CH-47 Chinook helicopter carrying a sling-loaded shipping container in Afghanistan. The picture was taken on October 26, 2013.

On digging further, we found the same picture on the official website of the US Department of Defense.

The description read: “A US Army CH-47 Chinook helicopter carries a sling-loaded shipping container during retrograde operations and base closures in the Wardak province of Afghanistan on Oct. 26, 2013”.

In conclusion, the above information proves that the picture in question is OLD and it has no connection with Indian Armed forces.