With growing tension between India and China following the clash between the two armies at the Galwan Valley, a video has surfaced on the internet which shows high-tech fighter choppers flying close to the sea level with mountains around. It is being claimed that these are Indian Air Force’s Apache helicopters flying near the Pangong Lake in Ladakh. 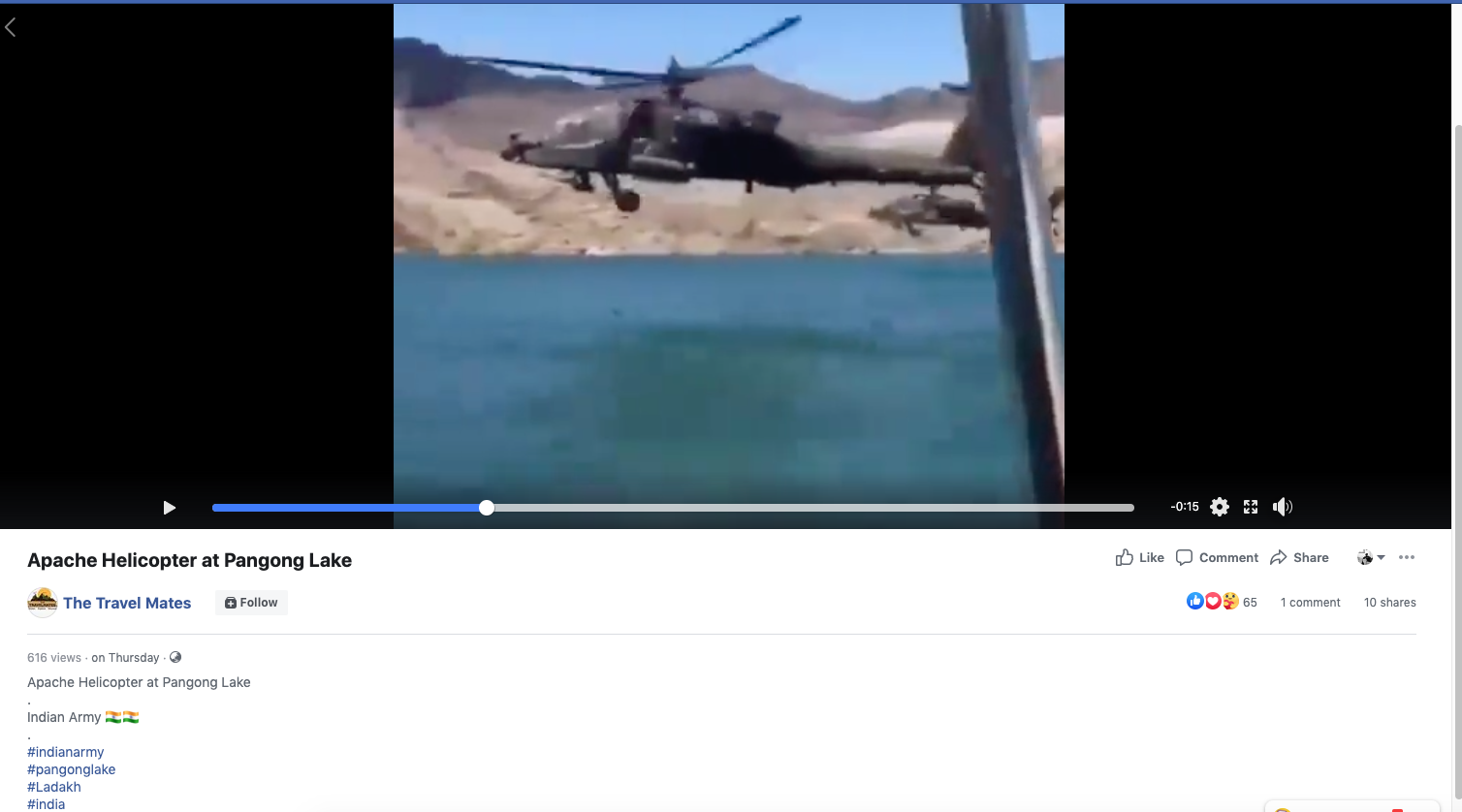 The caption of the video reads: “Apache Helicopter at Pangong Lake
Indian Army”

Several other posts with the same claim can be seen here, here and here.

The first red-flag was the colour and design on the helicopter. The one in the video is dark brown-black tone while the Apache Helicopters of Indian Air Force has a blue-grey tone in colour and also has an embossing of the colours depicting the National Flag.

On digging further, we came across an Instagram post dated June 24, 2020, which had the same video. The location tagged in the video was Lake Havasu, Arizona in the US.

NewsMobile independently cannot verify the origin of the video. However, in conclusion, it is safe to say that the video in question has no connection with the Indian Air Force or Ladakh.