A video claiming to be shot in Galwan valley is being widely shared by netizens. In the video, Indian soldiers are seen having a verbal brawl with the Chinese soldiers.

In our investigation, we did a Reverse Image Search of keyframes from the video and discovered that this is a five-month-old video published on YouTube in January 2020.

“Chinese army arguing with Indo Tibetan Border Police (I.T.B.P.) in Border of Arunachal Pradesh, ” the title of the video read.

In the clear version of the video, the acronym ‘I.T.B.P.’ is visible on the uniform. 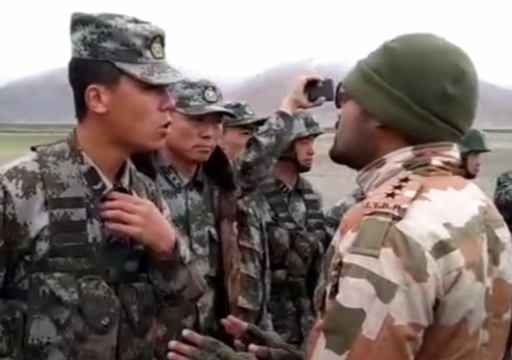 Thus, from the above information, we can establish that Chinese troops were having arguments with the Indo Tibetan Border Police. However, NewsMobile independently couldn’t verify the location and origin of the video.

It is also clear that the video has existed on the internet at least since January 2020 and has no relation with the recent India-China clash in Ladakh.