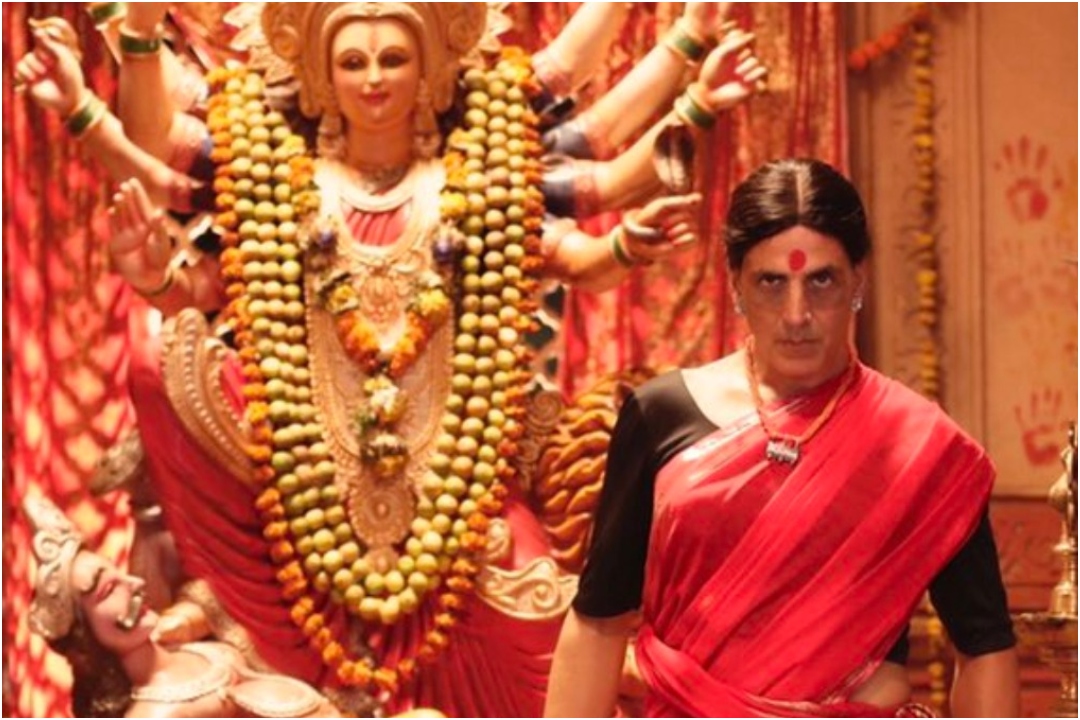 After announcing the release of his much-anticipated horror-drama ‘Laxxmi Bomb’ to be released on online streaming platform Disney+ Hotstar, actor Akshay Kumar on Monday shared the gripping poster of the film.

The ‘Khiladi 786’ actor put out a post on Instagram where he shared the poster. In the picture, Akshay is seen bearing an uncanny resemblance to a witch. The actor’s face can be seen rimmed in blue hues, as he is seen donning big red dot on his forehead, while he haunts with the red eyes and matching bangles. The poster read, “Jiss din sach main mere saamne bhoot aaya na…toh maa kasam chudiyaan pehen lunga.” (The day a ghost will really appear in front of me…I swear, will wear bangles that day).

Along with the post, Akshay promised the film to be a scary-laugh ride and noted, “Watch First-day First show of #LaxmmiBomb from the comfort of your homes. Do baatein guaranteed hai : hassoge bhi aur darroge bhi Only on @disneyplushotstarvip with #DisneyPlusHotstarVIPMultiplex..” Earlier in the day, Akshay unveiled another spooky poster of the movie, wherein a lady is seen holding trident as she poses in ‘Natraj’ form while donning a red saree.

ALSO READ: Margot Robbie to star in female-centric ‘Pirates of the Caribbean’

The horror-drama also features Kiara Advani in a pivotal role. While launching the first two looks of his upcoming horror-drama, ‘Laxmmi Bomb’ by live interaction on ‘Hotstar Disney Plus.’ the ‘Special 26’ actor called the genre of the movie his “favourite” and a “passion project”, he said that he was looking forward to doing the film.