A picture of Prime Minister Narendra Modi is doing the rounds on social media, in which he can be seen bowing down in front of Chinese President Xi Jinping. The picture is being shared in the wake of escalated tensions between the two nations following a clash at the Galwan valley in Ladakh. 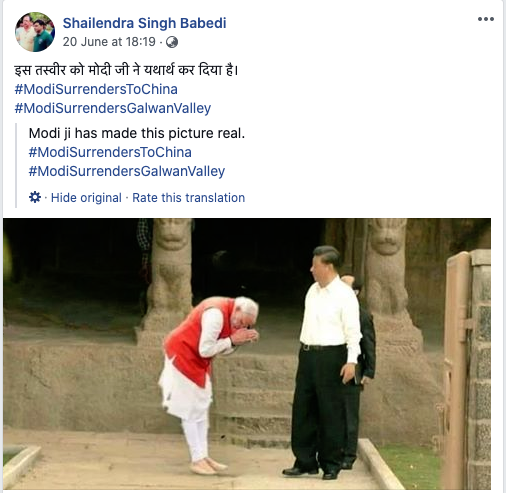 ALSO READ: Fact Check: These are not the mortal remains of the soldiers…

On putting the picture through Reverse Image Search, we found the original picture in an article dated October 11, 2019, by ‘The Hindu’ newspaper, in which PM Modi is NOT bowing down in front of President Xi. Moreover, PM Modi can be seen in different attire also. 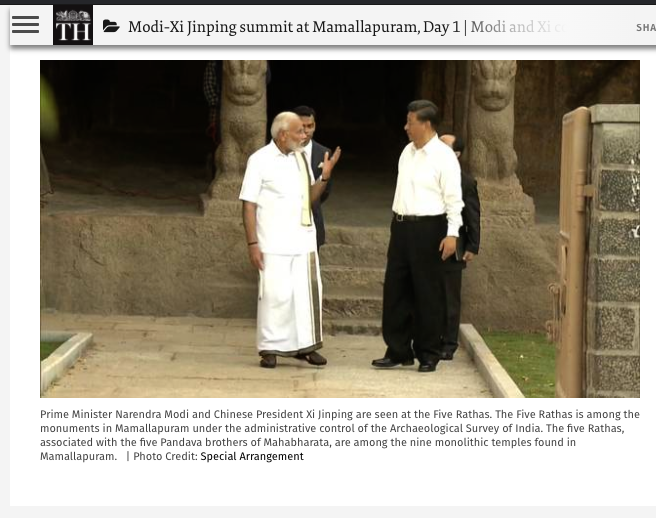 The picture was taken on October 11, 2019, at Five Rathas in Mamallapuram when Chinese President Xi Jinping visited India.

Upon digging further we extracted the original picture in which PM Modi was actually bowing to Tumkur Mayor, Geetha Rudresh, in September 2014. 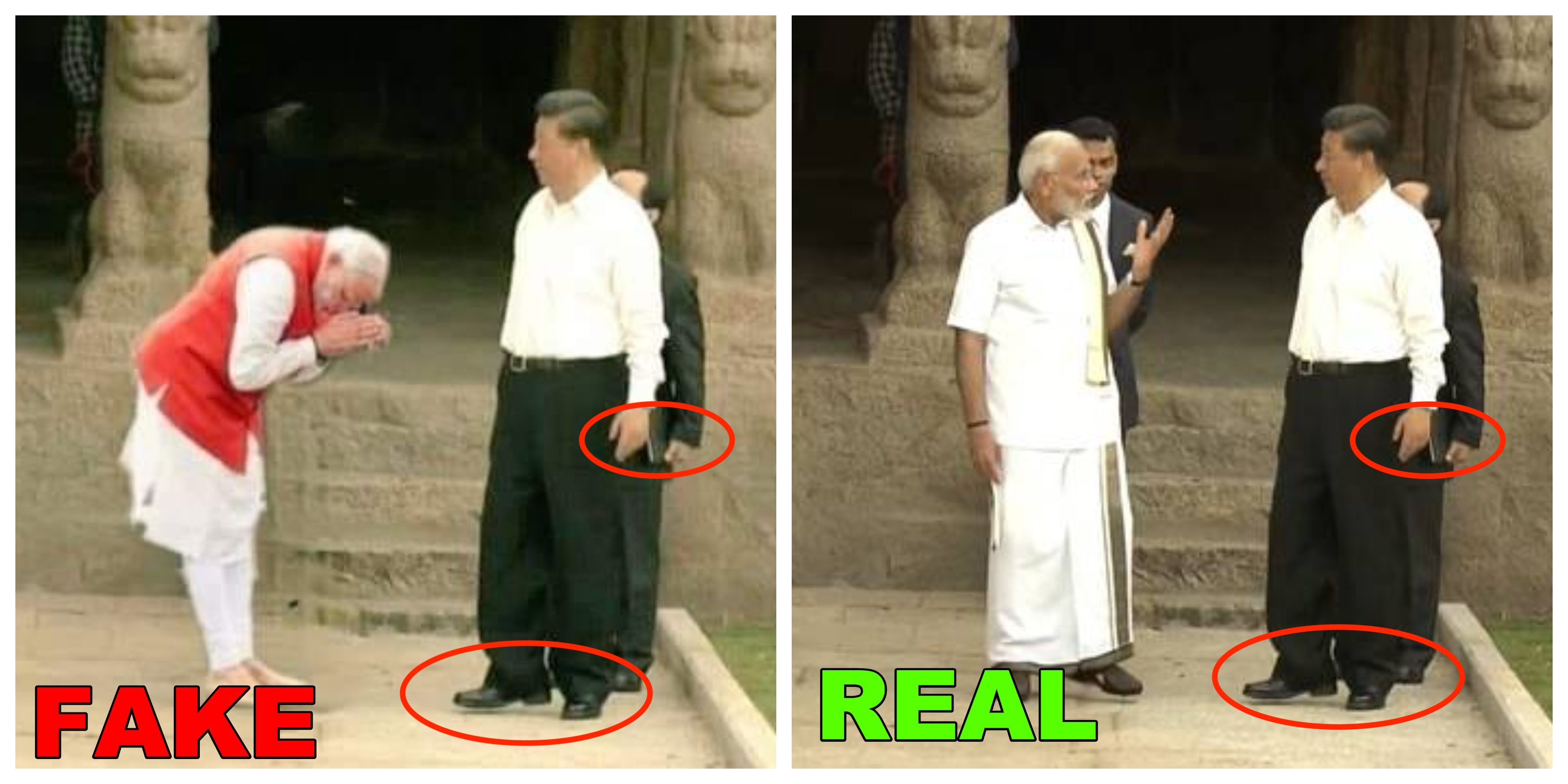 It is clear in the above FAKE vs REAL collage that the picture of PM Modi bowing down was superimposed on the original picture with Xi Jinping, to create a false narrative.

Hence, our discoveries prove that the picture in question is FAKE.