A picture of CPI(M) leader Sitaram Yechury is doing the rounds on the internet in which he can be seen with a big placard. The text on the placard suggests that Yechury and his party are slamming the Indian Army and supporting China. 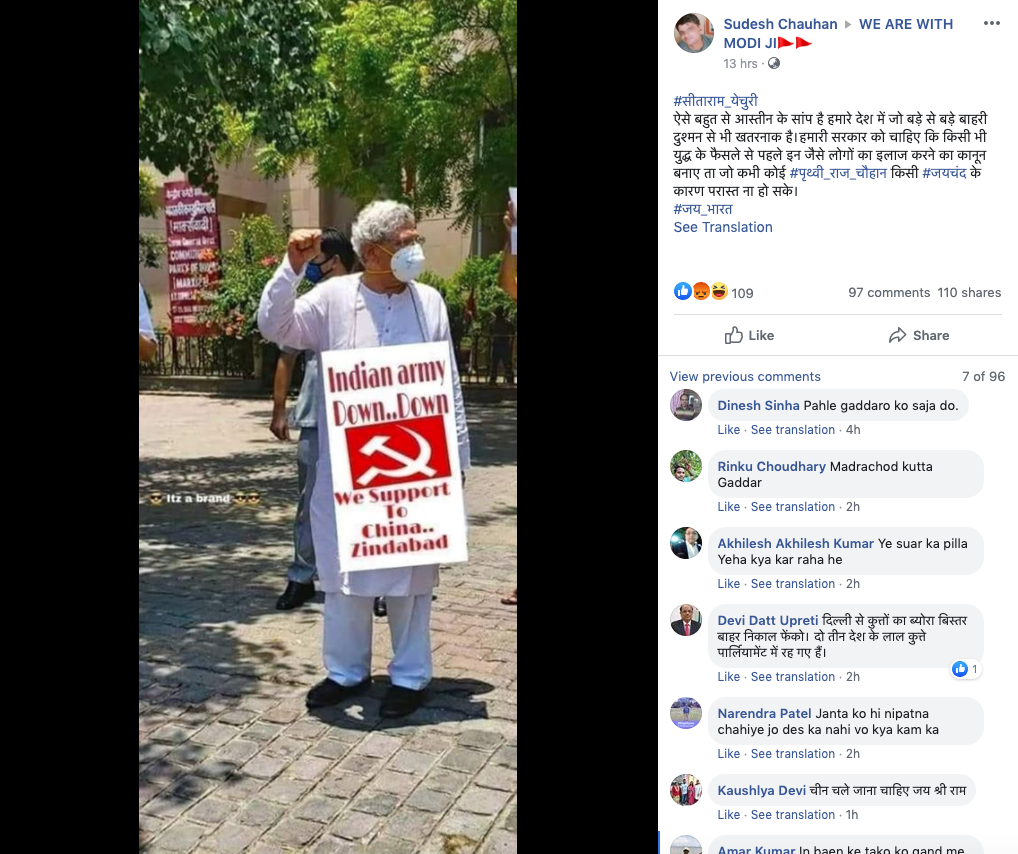 The text on the placard read: “Indian Army Down Down. We support to China Zindabad.”

This comes following ‘one of the bloodiest’ clashes between India and China at the Galwan valley in Ladakh on the night of June 15-16 in which 20 Indian soldiers were martyred.

ALSO READ: Fact Check: Are Japanese boycotting products from the US since 1945?…

On putting the picture through Reverse Image Search, we came across the original picture on the official Twitter handle of CPI(M) (@cpimspeak).

In the tweet dated June 16, 2020, Yechury can be seen with a placard but with a different text written on it.

The caption of the tweet suggests that CPI(M) leaders were protesting against ‘Modi government’s anti-people policies’. 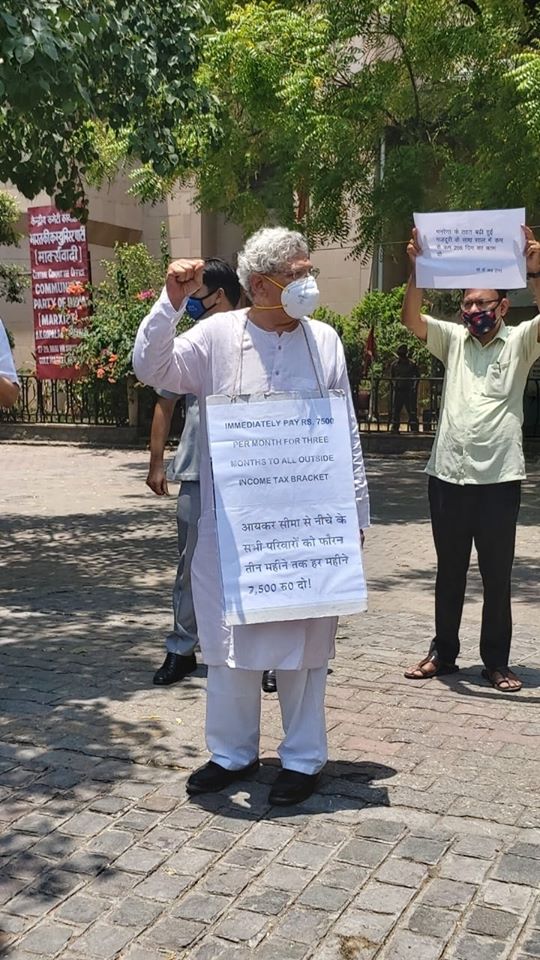 Text on Yachuri’s placard in the original picture read: “Immediately pay Rs 7500 per month for three months to all outside income tax bracket”. 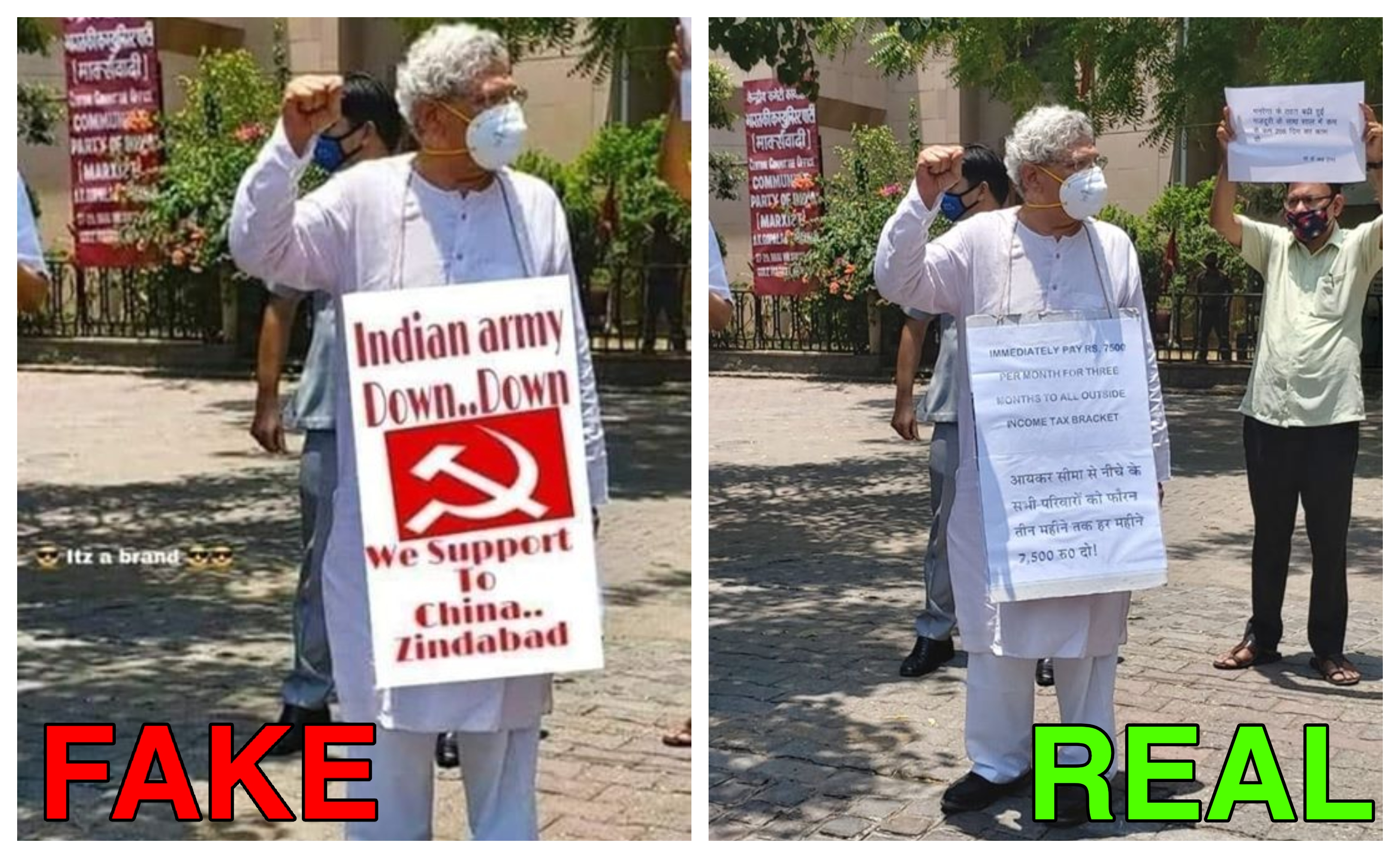 In the above FAKE vs REAL collage, it is clear that the text on the placard was manipulated using photo editing software.