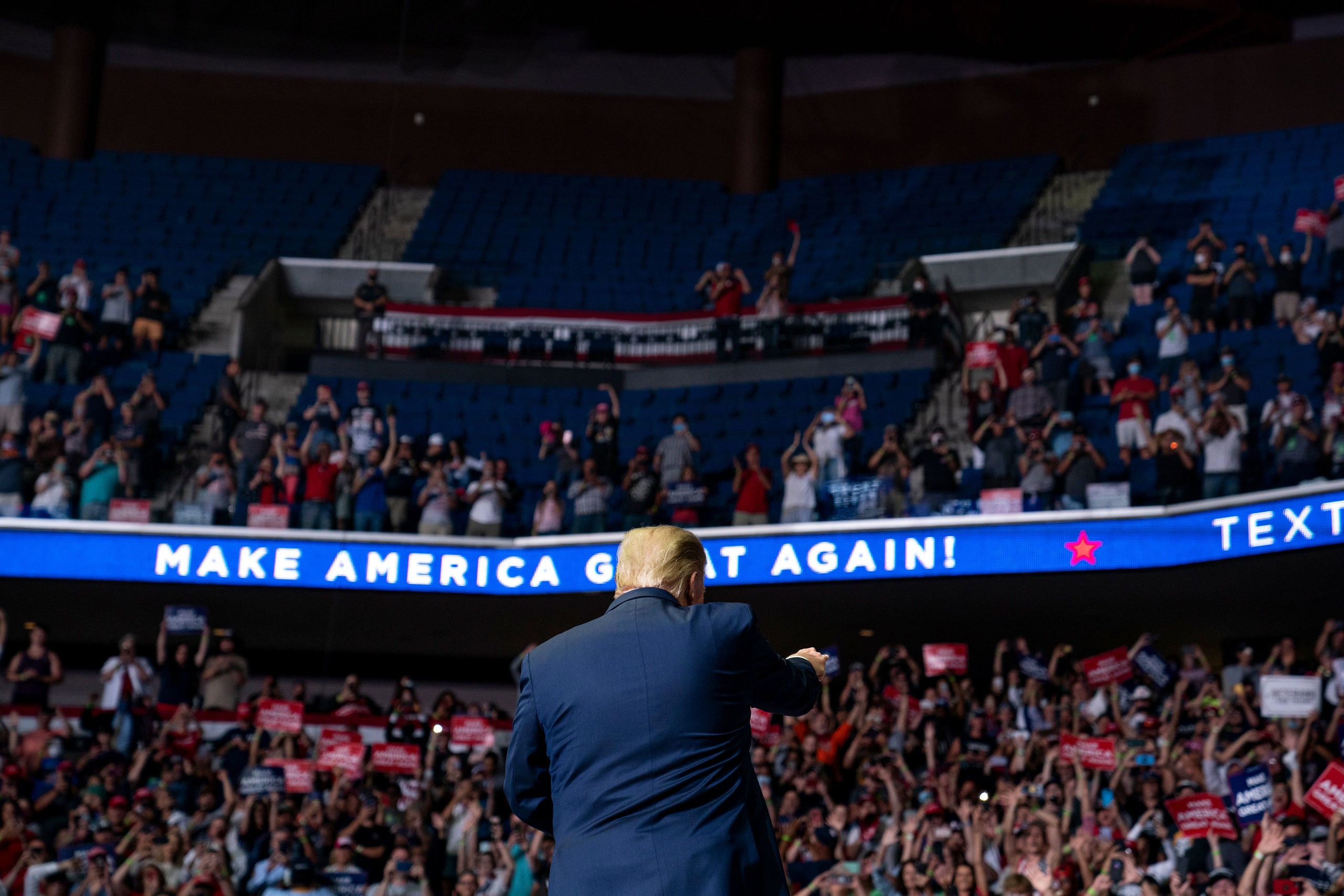 With 23,56,719 cases & 1,22,248 deaths, globally the U.S.A is currently the worst affected country because of the novel Coronavirus. Amid the pandemic, Oklahoma centre in Tulsa hosted President Trump’s first outdoor event since Mar 2, 2020. As soon as The President had announced the event 2 weeks ago, he & his administration had faced a lot of backlash over the security as well as the moral obligations of hosting a massive event in these sensitive times.

But, what they did not anticipate were the numbers. President Trump had to gaze at the empty seats of Oklahoma Center in shock, despite claims of nearly one million people registering for tickets to attend the event in Tulsa, and President’s boast of never having an empty seat at his events.

Much lower than expected attendance & empty seats at the event, show literal fear of Covid-19 and the true picture of the President’s decreasing poll numbers.

Trump eventually entered the arena for a mundane performance in which he excoriated the “fake news” for reporting on health concerns before his event, used racist language to describe the coronavirus as the “Kung Flu” and went on for more than 15 minutes justifying an unflattering video clip of him carefully descending a ramp after his commencement speech at West Point.

The main reason, to why most Americans call the event a flop, is that Prez Trump had not been able to sway public opinion away from fears about the spread of the coronavirus in an indoor space. Last month’s killing of a George Floyd in police custody in Minneapolis and the ensuing racial discrimination protests, have only added to his difficulties.

The campaign had hoped to use the Tulsa event as a rejuvenation after the President’s slide in the polls in the wake of his government’s inabilities to curb the coronavirus, and after his stoking of racial tensions amid nationwide protests over police brutality prompted by the killing of George Floyd. The surprising thing though was that George Floyd’s demise was not even mentioned by the President through-out the event.

Campaign managers had admitted on Sunday that a lot of people who had signed up for attending the event were not supporters but online pranksters.

Mr. Parscale, the campaign manager, claimed that the reports about TikTok users and Korean pop music fans foiling attendance at the rally were inaccurate. Instead, he blamed the news media for the low turnout.

But unlike most situations where Trump’s advisers tried to keep the true picture from him — such as the fact that Joe Biden outraised him in the month of May – the president saw for himself the empty seats in Oklahoma.

Given his sliding poll figures, this event might be the first of many such debacles for Trump as the world adjusts to the new normal.