Fact Check: This picture is not of an Indian soldier injured in the recent India-China face-off | Newsmobile
Wednesday, June 29, 2022

Home NM FACT CHECKER Fact Check: This picture is not of an Indian soldier injured in...
ShareTweetGoogleWhatsappPrint
Mail

A picture of a man, brutally injured, is doing the rounds on social media with a claim that he is a jawan who was injured in the recent India-China face-off that took place on the night of June 15-16, 2020 in Ladakh. 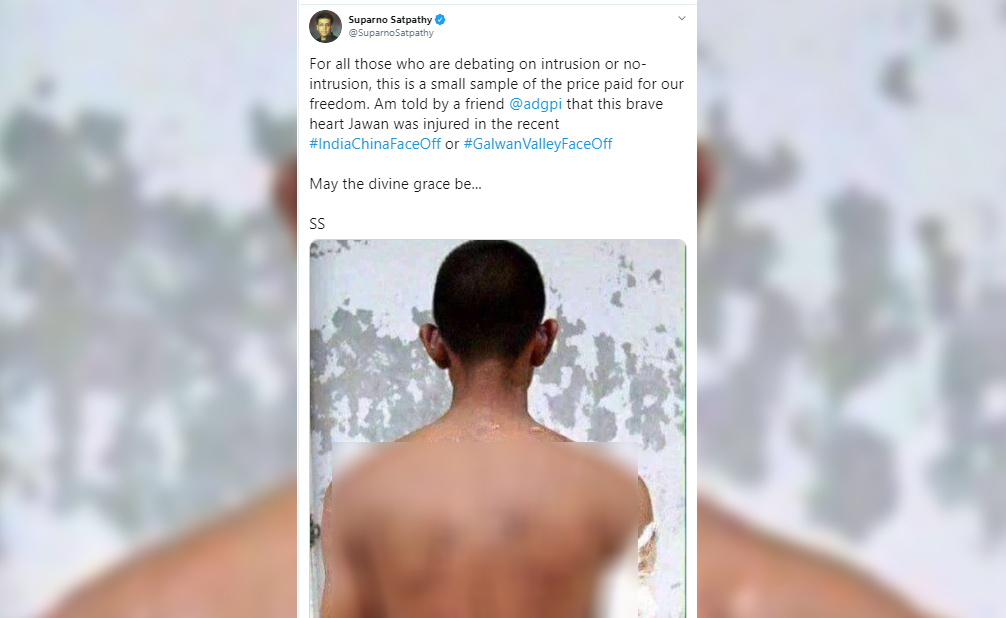 For all those who are debating on intrusion or no-intrusion, this is a small sample of the price paid for our freedom. Am told by a friend @adgpi that this brave heart Jawan was injured in the recent #IndiaChinaFaceOff or #GalwanValleyFaceOff

May the divine grace be…

NewsMobile fact-checked the image and found that it is old.

On putting the picture through Reverse Image Search, we found the same image in a blog post dated May 22, 2016. 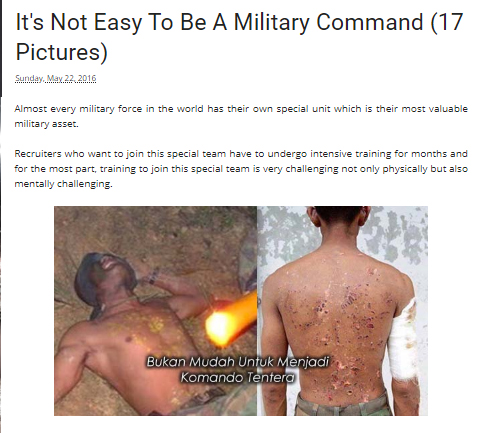 Another blog post, dated 2016,  featured the same image, along with several others, depicting the tough training, military commandos have to go through.

NewsMobile couldn’t independently verify the origin of the picture, however, from the above information, it is clear that the picture is at least four years old and it has no connection to the recent India-China clash.