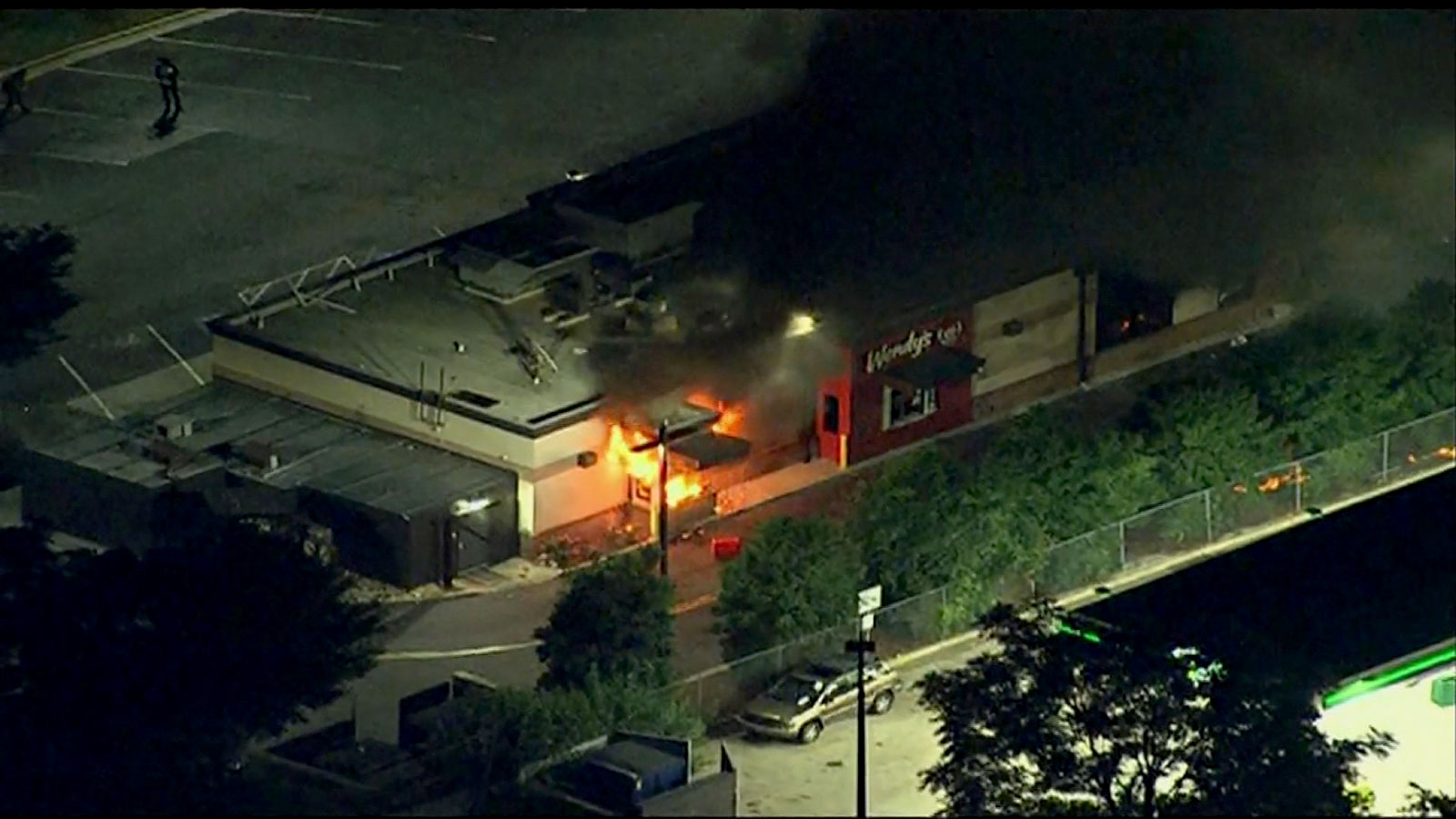 Protesters set fire to a Wendy’s restaurant in Atlanta where a black man was shot by police as he tried to escape arrest. The Atlanta highway was also blocked by the protesters. The incident took place on Friday night when the police responded to a complaint about a man sleeping in the vehicle of a car parked in the drive-thru of Wendy’s restaurant which was obstructing other customers.

After a struggle with the police, 27 year old Rayshard Brooks tried to run away. He was chased and fatally shot by the officers on duty. The entire incident was caught on camera.

Street protests broke out in Atlanta on Saturday near the scene of the shooting. This incident comes at a time of heightened tension over police brutality and calls for reforms across the United States following the May 25 death of George Floyd in Minneapolis after a police officer kneeled on his neck for nearly nine minutes.

Atlanta’s police chief Erika Shields has resigned after the incident. Atlanta Mayor Keisha Lance Bottoms said, Chief Shields has offered to immediately step aside as police chief so that the city may move forward with urgency in rebuilding the trust so desperately needed throughout our community,”