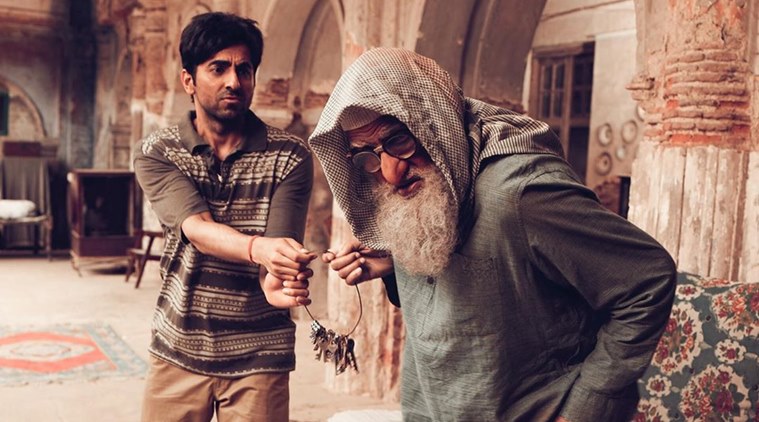 The song that comes during and after Gulabo Sitabo sums up the Shoojit Sircar movie.

There is Mirza, whose love for Fatima Manzil is greater than his love for Fatima, his begum, and owner of said crumbling house. And there’s Baankey Tripathi, whose miserliness is greater than his ability to extract more from his landlord Mirza. Played by Amitabh Bachchan, with hunched back and prosthetic make-up, and Ayushmann Khurrana respectively, the two are like peas in a pod. Yet they are constantly at war with each other.

The film works at many levels. A straight entertainer, as well as at a metaphorical level where the Nehruvian ethos is collapsing just like the building.

Fatima Begum played by the inimitable Farrukh Jafar is the one Mirza is waiting to see the back of so he can inherit the ‘haveli’. What happens to her is sweetest twist in a movie I have seen in a long time. If one lives to be 95 this is the way to be.

Sircar’s almost invisible camera, Lucknow’s crowded but historic streets, the haveli’s living and breathing antiques and Mirza’s small heart- this is a movie to savour, so releasing it on Amazon Prime Video was a smart move.

Watch it, and then watch it again.