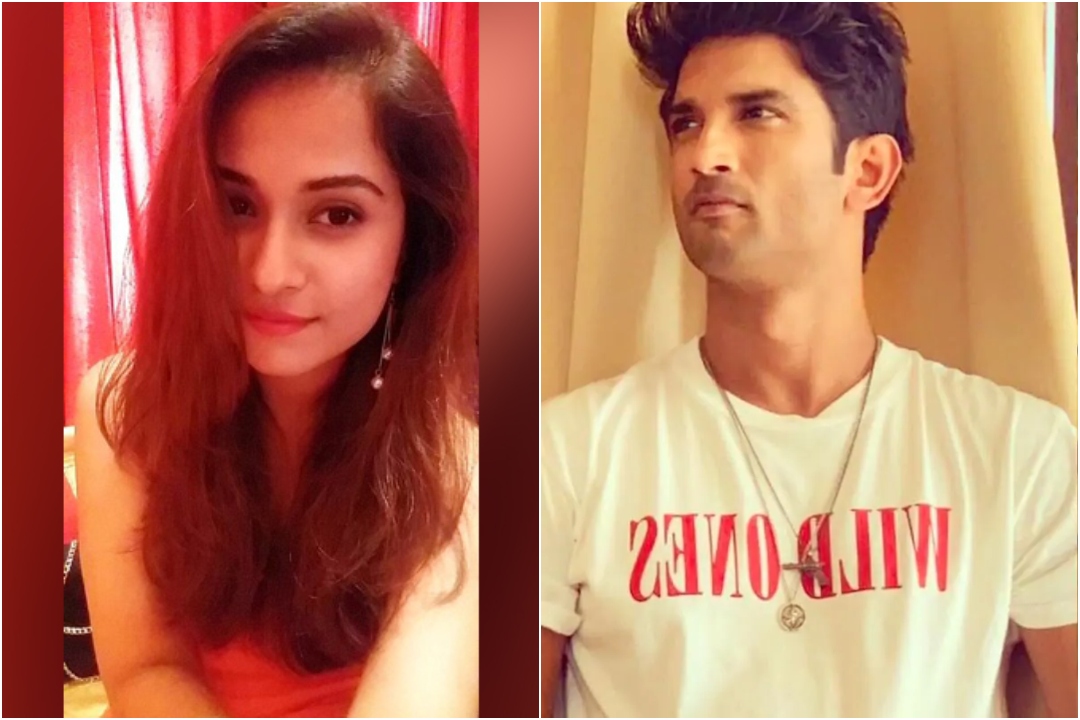 Mumbai Police on Wednesday informed that an accidental death case has been registered in the alleged suicide of Disha Salian, former manager of actors Sushant Singh Rajput and Varun Sharma.

Salian had allegedly jumped off the 14th floor of a building in Jankalyan area of Mumbai’s Malad area on Monday night.

The Chhichhore actor took to Instagram stories and reacted to the ‘devastating’ news of Disha’s death. Paying the condolence, he wrote, “It’s such a devastating news. My deepest condolences to Disha’s family and friends. May your soul rest in peace.” 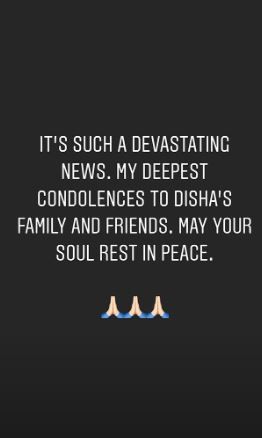 Police said that they are investigating whether it was a case of suicide or accidental death.

Friends of Salian were also questioned last night by the police.

According to the police, Salian was having a party with at least five of her friends late at night. As per the information received, everyone at the party was intoxicated, police said.

A close friend of the deceased had informed the police about the demise of the former celebrity manager following which the cops rushed to the spot and body was sent for postmortem.

On the basis of the police interrogation of the close friend, Mumbai Police had said that Disha was suffering from depression for the last few days.

The exact reason behind the alleged suicide has not yet been ascertained and the police are further inquiring in the matter.