Fact Check: Are these pictures from the time of the Spanish Flu? Here’s the truth | Newsmobile
Sunday, October 2, 2022

Home NM FACT CHECKER Fact Check: Are these pictures from the time of the Spanish Flu?...
ShareTweetGoogleWhatsappPrint
Mail

A few pictures, where people are seen wearing different items to cover their faces, are being shared on social media. Claims are being made that the pictures are from the time when the Spanish Flu pandemic had hit the world (1918-1920).

“Some pictures from the last Pandemic over a 100 years ago (Spanish Flu 1918-1920).
Looks like history repeating itself, ” the caption read.

We fact-checked the above post and found the claim to be false.

We found the first picture on Flickr. According to the description, the picture was taken in 1939 in Montreal, Canada. The women are wearing a plastic face shield against snowstorms and cold. 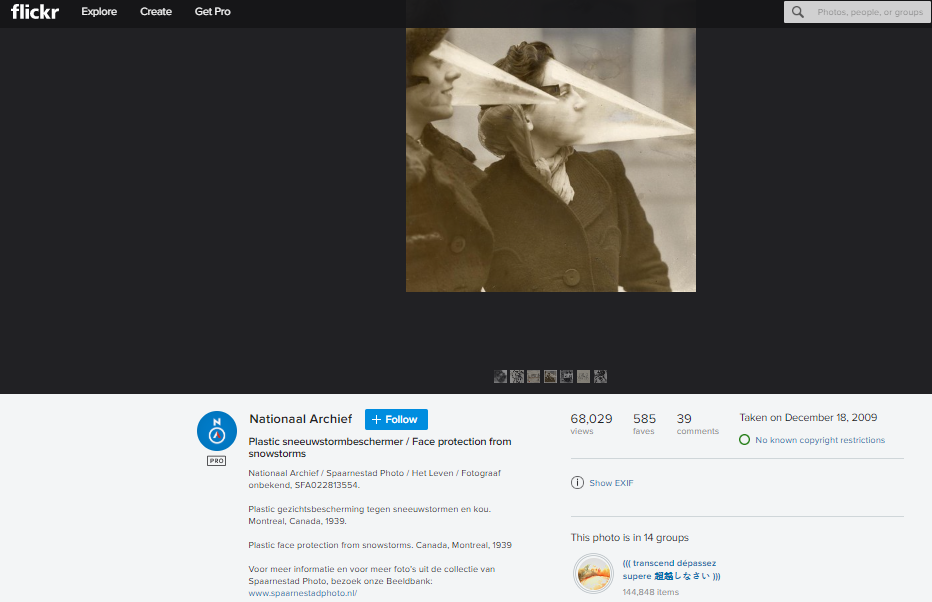 We found the second image on the website of the Associated Press. According to the image caption, the women were wearing war surplus gas capes as a protection against air pollution in  Philadelphia in 1953.

“War surplus gas capes are used by Meriel Bush, left, and Ruth Neuer, in an attempt to dodge the eye-stinging effects of a low-hanging smog and smoke which enveloped Philadelphia for the second straight day, Nov. 20, 1953. Freak weather conditions throughout the east have been blamed for the haze. (AP Photo)” the caption read. 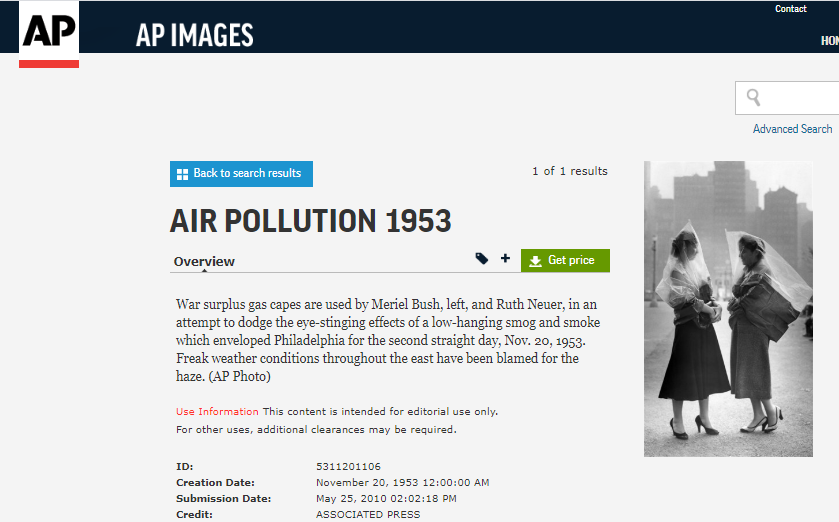 We found the third image on Alamy. The title of the picture read ‘Ladies’ fashion from 1913‘. The image description read, ” The Balkans War has created a new, peculiar fashion: women have recently started wearing the nasal mucus that has been common in Turkey for centuries.” (Translated from German) 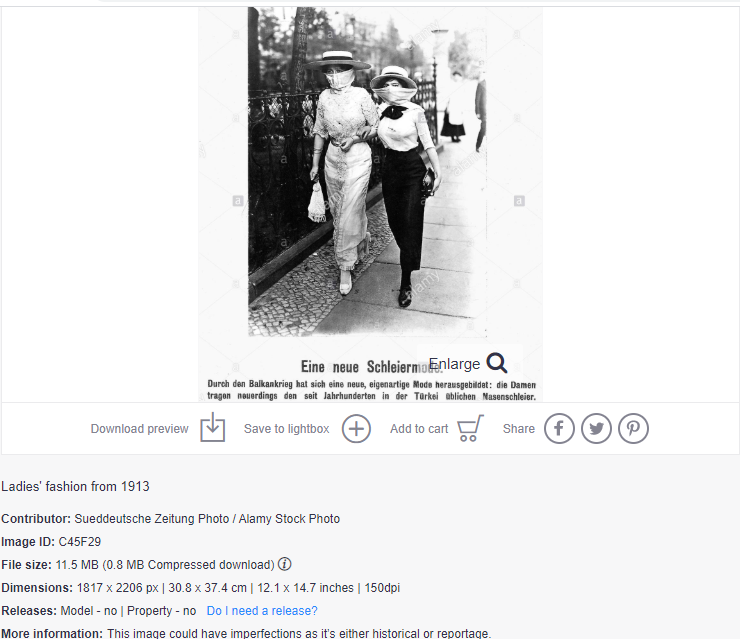 We found the fourth picture on Getty Images. “9th June 1941: A gas-masked young mother attends to her child’s pram gas mask during a surprise gas test in Kingston. (Photo by Keystone/Getty Images)” the picture description read. 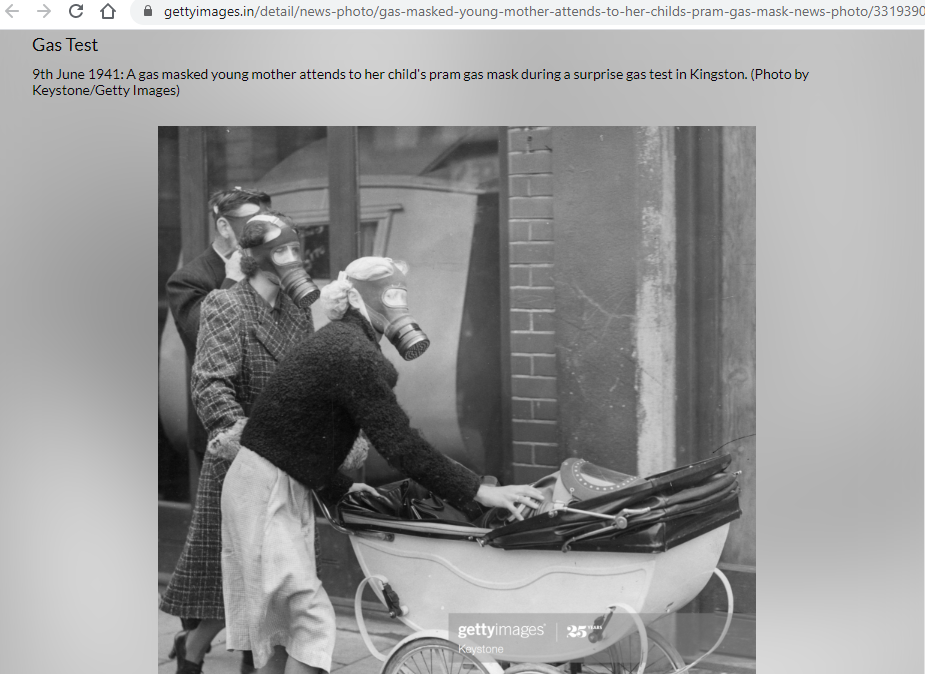 The information proves that the above pictures are not from the time of the 1918 pandemic. However, we also found that some of the images were actually from the Spanish flu pandemic.

We found the images on the website of Getty.

The first picture shows a warehouse that was converted to keep the infected people quarantined in 1918, while the second picture, taken in 1919,  is of a woman wearing a flu mask during the flu epidemic.

Another image of the 1918 flu was featured in an article by The New York Times. “An anti-spitting sign posted on streetcar in Philadelphia, October 1918.Credit…Historical Medical Library of The College of Physicians of Philadelphia, ” the picture caption read.

One of the pictures was available on Wikimedia Commons. “Family and their cat during the Spanish Flu, 1918, ” the caption read. 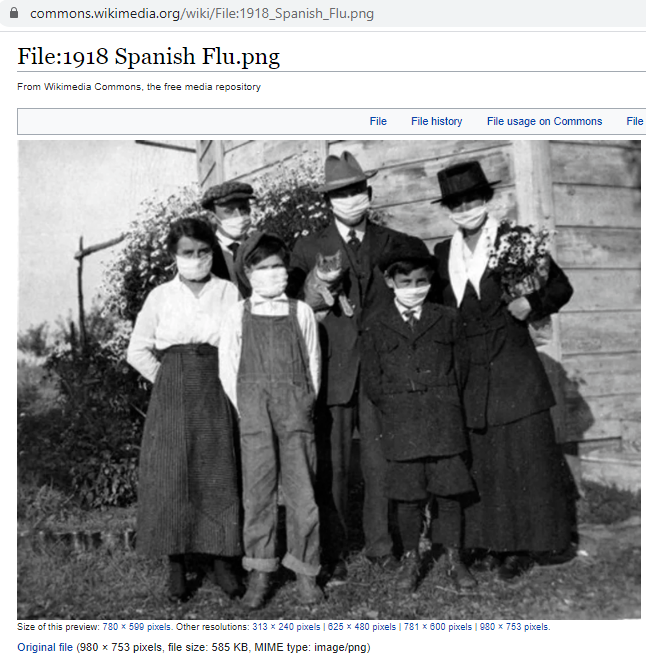 We found the next image in an article by The Telegraph. The caption of the picture read, “Two women wearing masks to prevent catching the Spanish flu  CREDIT:  KEYSTONE/HULTON ARCHIVE.” 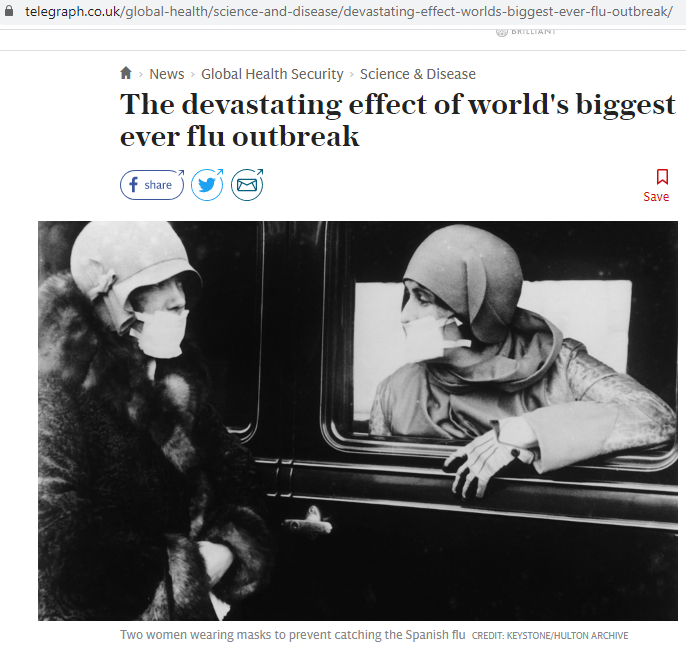