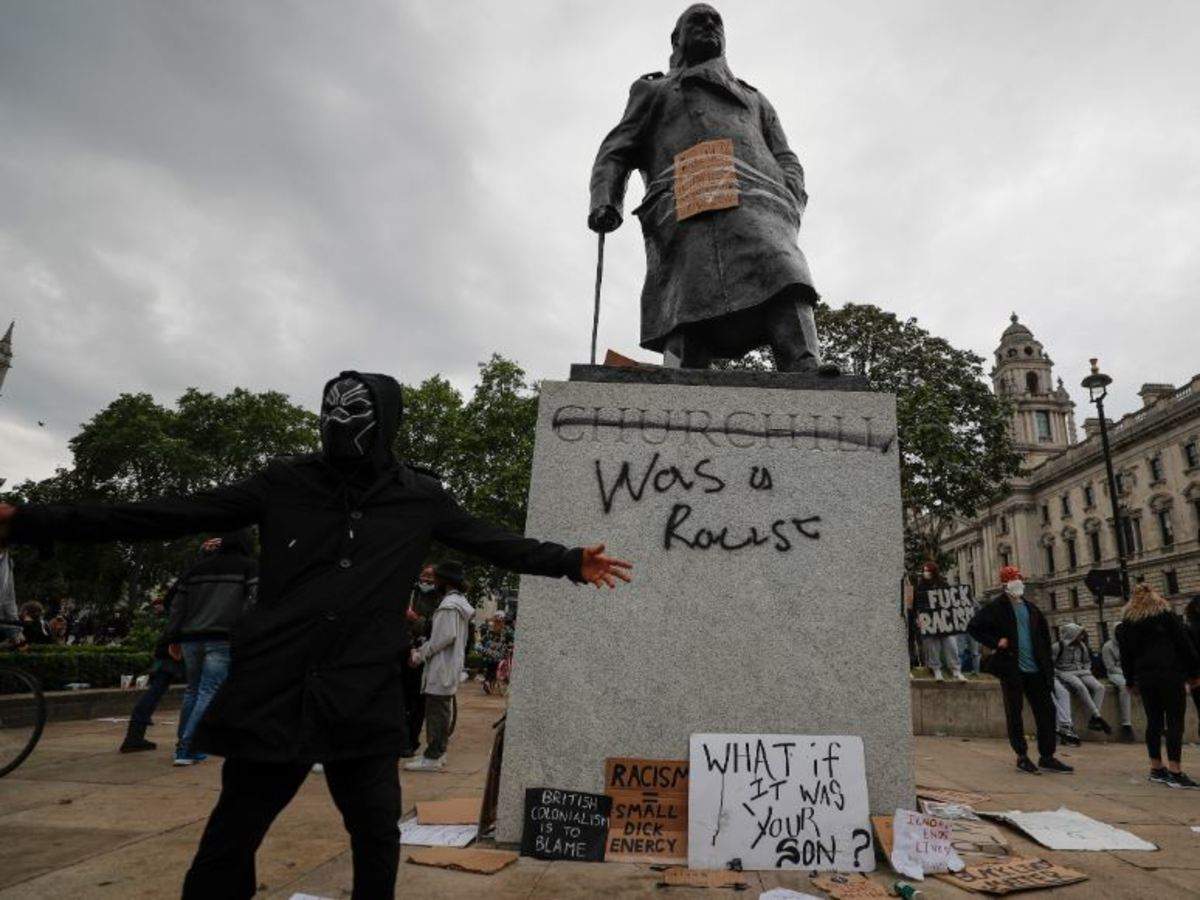 According to the The Evening Standard, demonstrators scrawled “was a racist” on the statue of the wartime British Prime Minister in Parliament Square on Sunday afternoon as thousands descended on London for another protest over an American black man George Floyd’s death.

Activists surrounded the monument and jeered “Churchill was a racist”, despite others intervening to protect it from further defacement.

The same statue was also defaced with green graffiti during a huge anti-racism rally on Saturday, the 76th anniversary of D-Day.

ALSO READ: US: NYC to ‘open up’; Trump orders withdrawal of National Guards from DC

It prompted Piers Morgan of ITV Breakfast programme Good Morning Britain, to tweet: “Memo to protesters in Westminster today: defacing Sir Winston Churchill’s statue on the 76th anniversary of D-Day is not a good way to make your point.”

Thousands flooded the streets outside London’s US Embassy yesterday for another Black Lives Matter rally, alongside rallies in Manchester, Edinburgh and Bristol among the other UK cities.

In Bristol, in southwest England, a statue honouring the 17th century slave trader Edward Colston was torn down by protesters.

Demonstrators were later seen rolling the statue to the nearby harbor and throwing it into the River Avon.

The local police told CNN that an investigation has been launched into the incident.

“There was a small group of people who clearly committed an act of criminal damage in pulling down a statue near Bristol Harbourside,” Avon and Somerset police said Sunday in a statement.

“An investigation will be carried out to identify those involved and we are already collating footage of the incident,” the statement read.

The statue of Colston had stood in Bristol’s city center since 1895 but had become increasingly controversial, with petitions created to demand its removal.

According to local police, Sunday’s Black Lives Matter protest in Bristol was attended by an estimated 10,000 people.

“The vast majority of those who came to voice their concerns about racial inequality and injustice did so peacefully and respectfully,” the police were quoted as saying.

“Keeping the public safe was out greatest priority and thankfully there were no instances of disorder and no arrests were made,” they added.