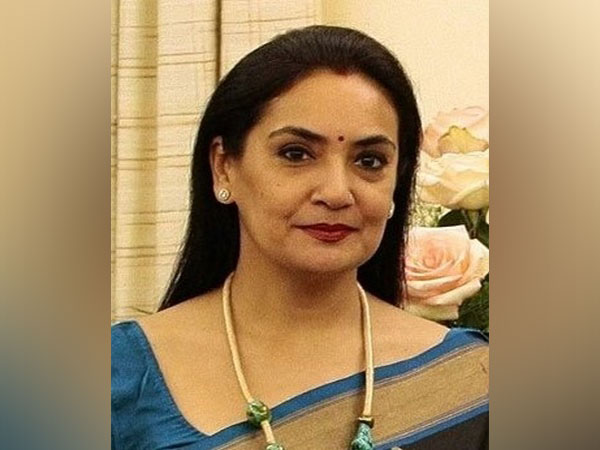 Monika Mohita who is presently the Indian Ambassador to Sweden and Latvia has been appointed as India’s next envoy to Switzerland, Holy See, and Liechtenstein.

It was NewsMobile that had earlier reported on April 27 that the government had made a slew of diplomatic appointments including that of Monika Mohta.

She is an officer of the Indian Foreign Service belonging to the 1985 batch.

Her rich experience of handling different positions both abroad as well as in the Headquarters will help India enhance its ties with Switzerland, especially in the field of Innovation and in the achievement of Sustainable Development Goals.

She has served abroad in the UK, France, Nepal, and Thailand.

At headquarters, she has dealt with the crucial Southern Division as its Joint Secretary and then as the Additional Secretary.

She has also rich experience in multilateral diplomacy having served in the Indian Mission to UNESCO in Paris and as Director (UN) at the headquarters.

As Ambassador to Sweden, she successfully ensured the visit of the Royal couple to India in 2019 and ensured a steady inflow of investments from various Swedish companies including Ikea and other solid waste management technological companies.

The assignment in Berne will be one that will provide plenty of opportunities as relations between India and Switzerland expand to new frontiers.

The two countries have signed the Automatic Exchange of Information pact which would provide Indian agencies the bank details of Indian nationals who have deposited assets illegally.

The deal is yet to be implemented fully and it will come into effect soon.

The partnership between India and Switzerland in the post-COVID-19 world is expected to be a mutually enhancing partnership that will bring the Alps and the Himalayas closer.

She will be taking over from Sibi George who has been appointed as India’s next envoy to Kuwait.

She graduated with a Masters Degree from the St Stephens College in New Delhi.