A video, with claims attached that it features legendary footballer Diego Maradona, is being widely shared on social media.

In the video, an obese person can be seen juggling a tennis ball using his foot. 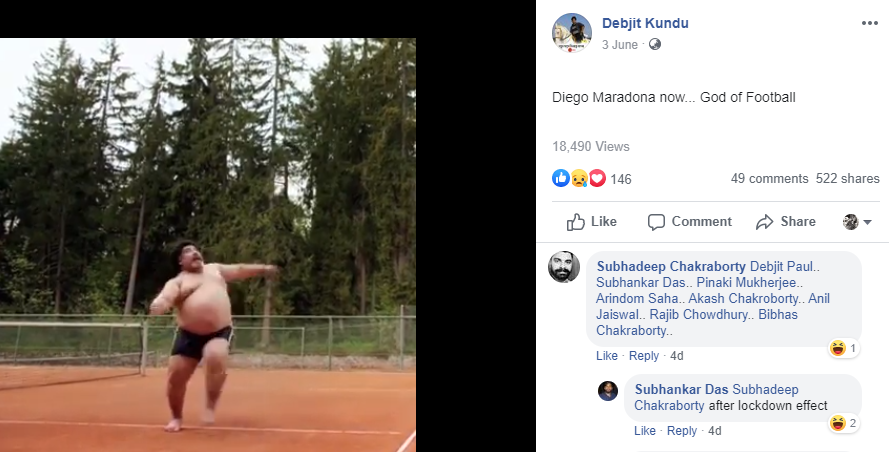 NewsMobile fact-checked the viral post and found the claim to be false.
We scanned through the comments on the post and found that many users have called this out as a this fake video too.
According to one of the comments, he is  ‘actor Roly Serrano who played Diego Maradona’.

Taking a cue from the above information, we ran a search and found the extended version of the same video on YouTube, which is from a scene from the 2015 movie, Youth.

In this comedy movie, Argentine actor Roly Serrano, who essayed the role of Diego Maradona, can be seen with a similar look.

From the above information, we can establish that the person in the video is not footballing legend, Diego Maradona.