Fact Check: The truth behind the viral picture of a child going viral | Newsmobile
Monday, August 8, 2022

A heartwrenching picture of a child trying to breastfeed on his lifeless mother is doing the rounds on the internet.

The caption of the post reads: ‘Another migrant woman died on railway tracks in MP’s Damoh, infant son tries to breastfeed’.

The picture comes at a time when the country is facing the worst migrant crisis which suggests that the picture shows the ongoing crisis in India due to Coronavirus pandemic.

NewsMobile fact-checked the picture and found that it is old and unrelated to the ongoing migrant crisis in the country.

On putting the picture through Reverse Image Search, we found a report published on India Today, dated May 25, 2017, featuring the same picture. The headline of the report read ‘Woman lay dead by railway tracks in MP’s Damoh, infant son tries to breastfeed’. 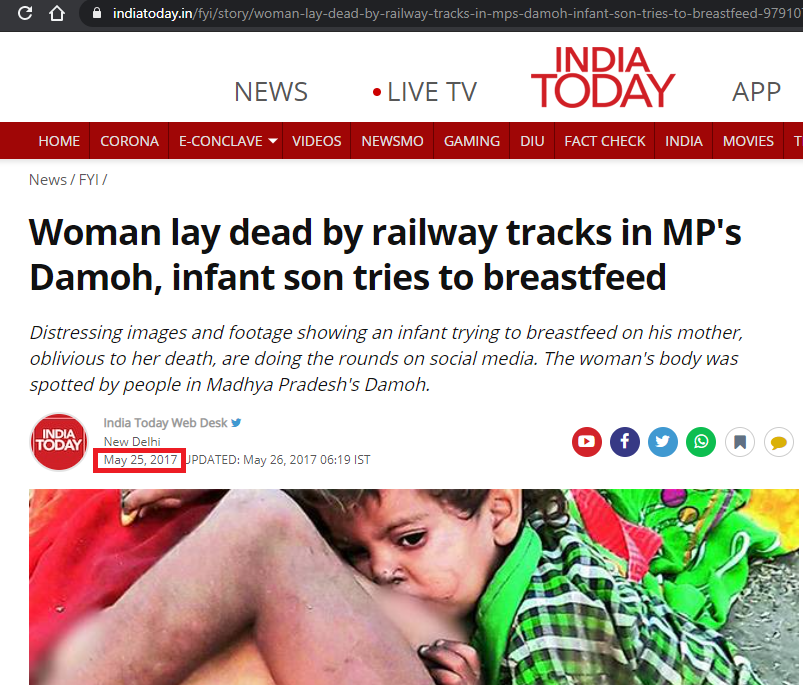 According to the report, the people of Madhya Pradesh’s Damoh spotted the bruised body of the woman by the railway tracks, with her infant son latched on to her body, trying to breastfeed on his mother, unaware of the fact that she was dead. The police suspect the woman may have fallen off a train or was hit.

The distressing incident was covered by NDTV on May 25, 2017. 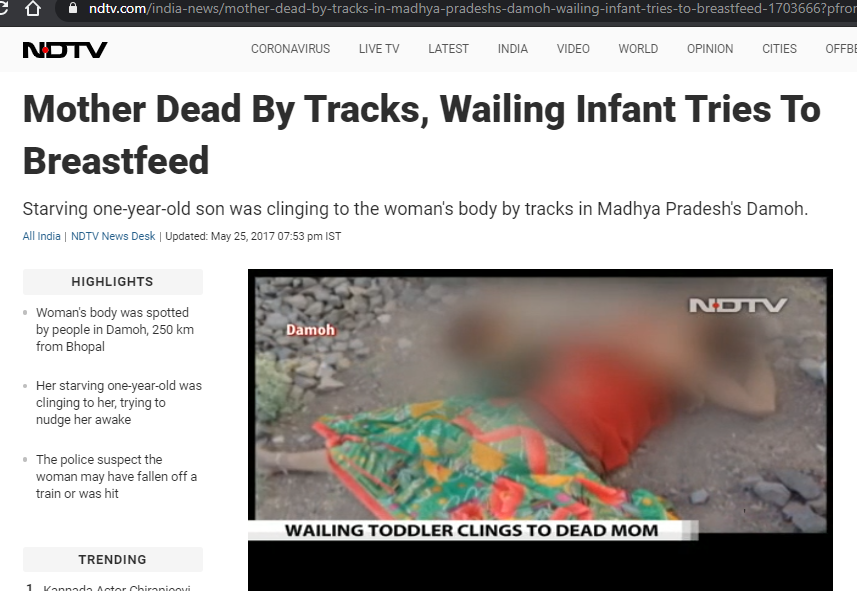 The incident was covered by various media houses. Read the reports here and here.

Hence, our investigation proves that the picture is old and is not related to the ongoing migrant crisis due to COVID-19 in India.