A picture post of the cover of TIME Magazine is doing the rounds on the internet. The cover features a silhouette of the German dictator, Adolf Hitler’s face but instead of his signature moustache, US President Donald Trump’s face can be seen

The caption of the post reads, ‘This is brilliant well played #timemagazine ‘.

NewsMobile did a fact check on the picture and found that the claim is fake.

We started our investigation by carefully examining the cover in the viral post. We found that unlike all TIME magazine covers, the cover in the post does not have the date of the issue mentioned on the top right corner. 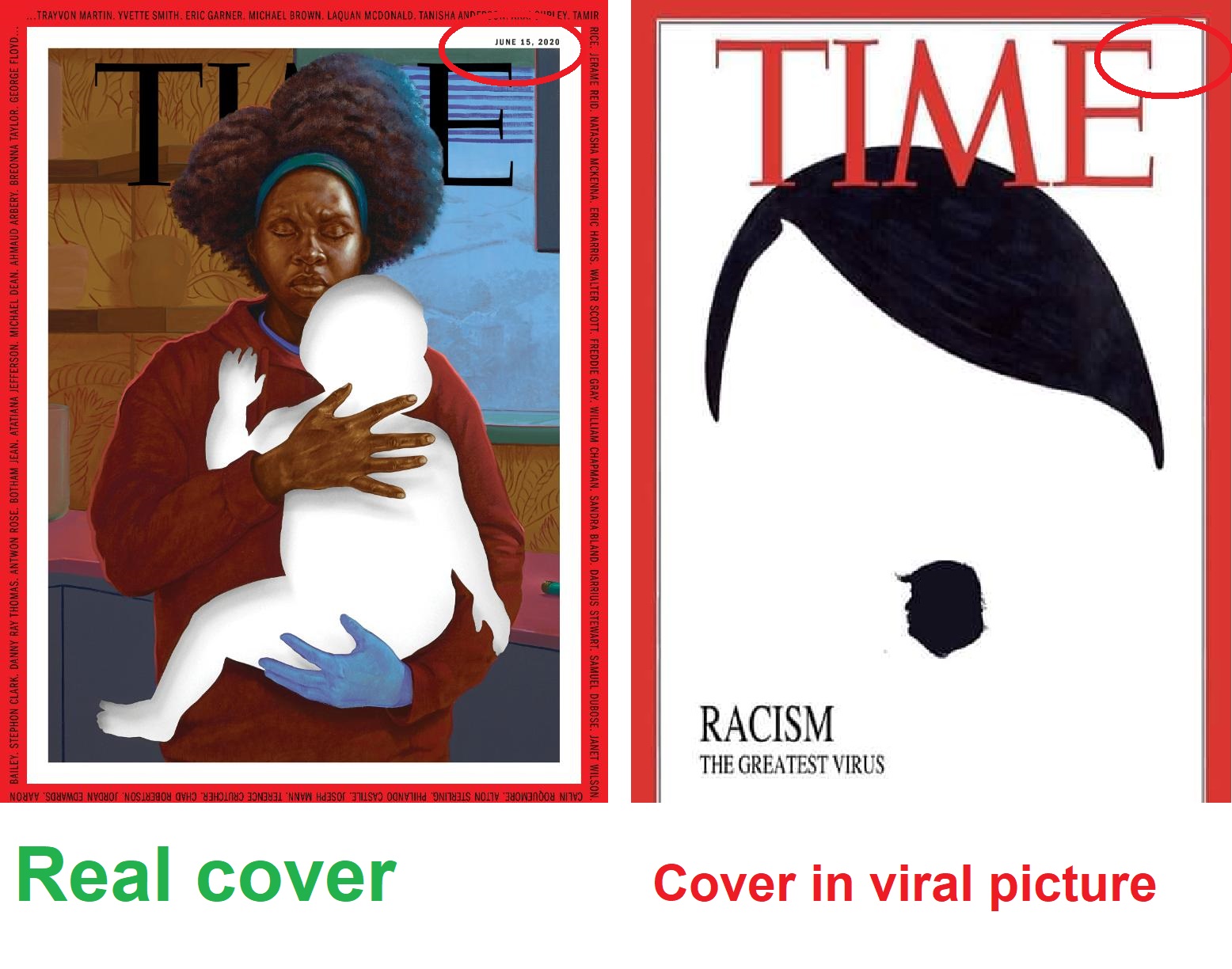 We further checked the TIME vault, a segment where the magazine keeps the archives of all its covers. We could not find the cover in the archive.

Moreover, the magazine tweeted their latest issue which looks nothing like the cover in the viral picture.

Hence, our investigation proves that the cover in the viral post is fake and not issued by TIME magazine.