A post showing mesmerizing visuals of a sunrise seen through a monument is doing the rounds on the internet. It is being claimed that the monument seen in a picture is the Konark Temple in Odisha and the phenomenon happens once in 200 years.

The caption of the post reads, ‘Orissa, konark temple. Sun rise from inside of the Temple. It happens only 200 years once’. 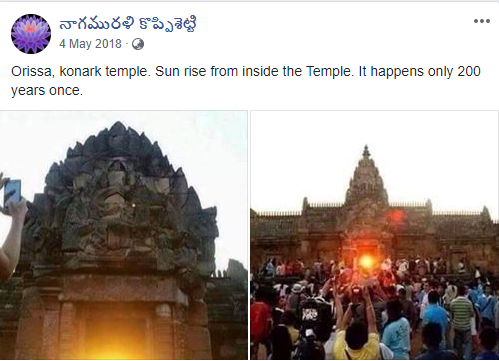 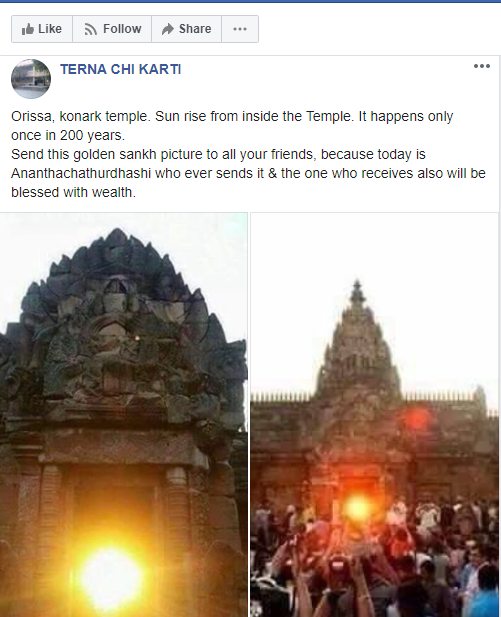 We fact-checked the above post and found that these pictures do not show Konark Temple.

We put the pictures through Reverse Image Search individually and found that both the pictures show the same monument.

We found the first picture in a report by a Chinese news agency, Xinhuanet. According to the description, the picture shows Khao Phanom Rung in Buriram province, Thailand. 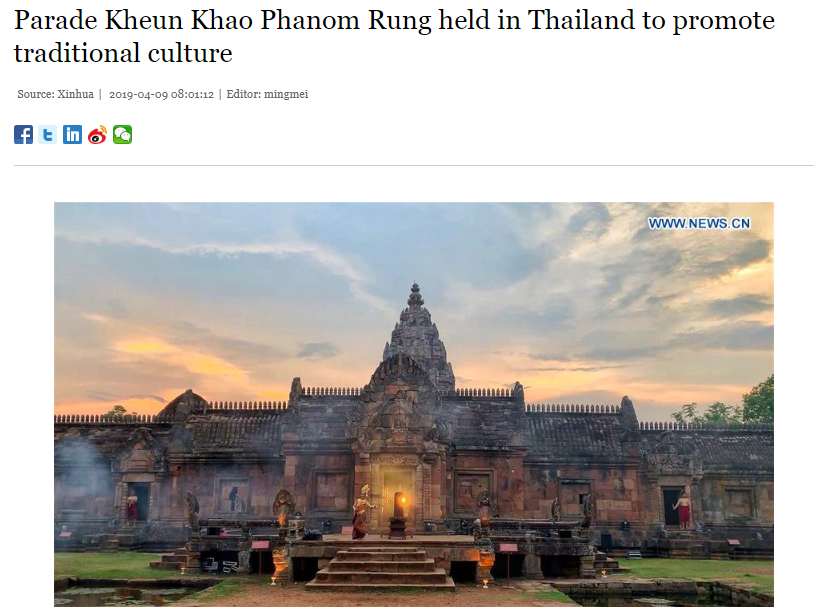 On comparing the picture in the viral post and Khao Phanom Rung, Thailand, it becomes clear that both the pictures show the same monument.

We found the second picture on iStock website. The caption of the picture read, ‘Khao Phanom Rung Castle, the oldest place in history in Buriram, Thailand – Stock Photo’. 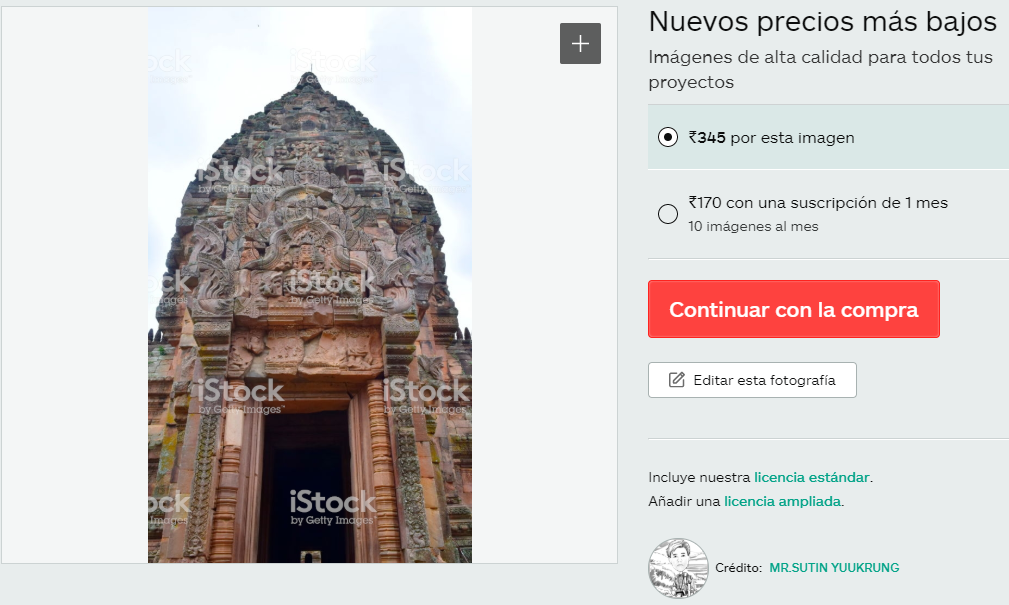 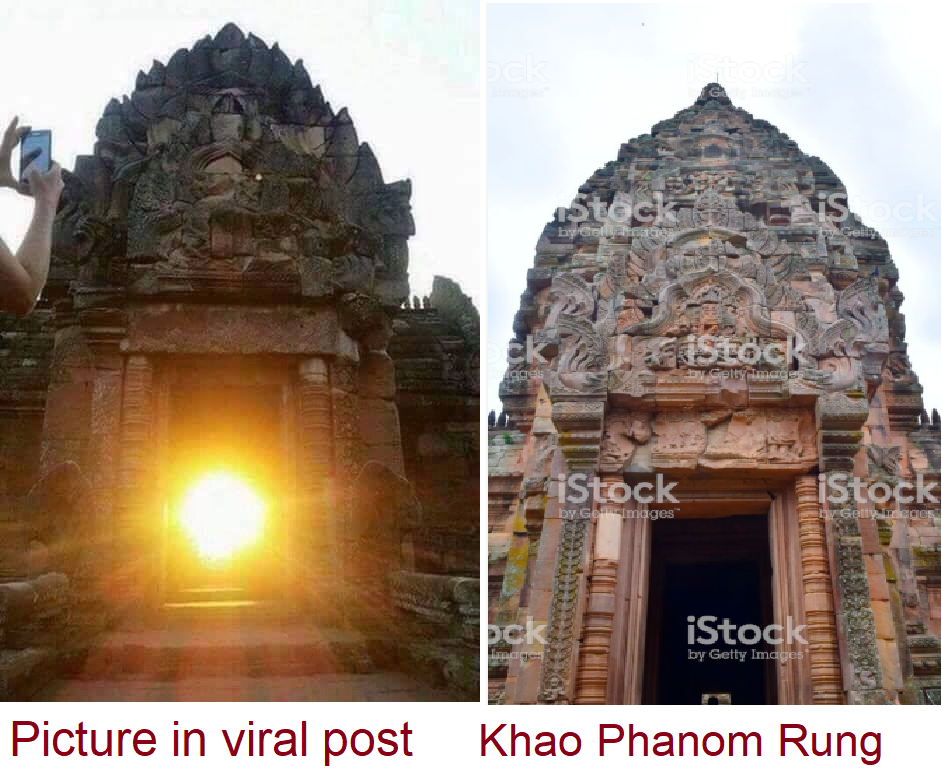 We also found a report by the Bangkok Post, dated April 4, 2017, talking about the rare sighting of riding sun rays passing through all 15 doorways of the ruin.

According to the report, though the sight is rare, it happens on ‘certain days of the year’. Phanom Rung Historical Park chief Wasant Thepsuriyanont said the same phenomenon can be seen even two mornings in a row sometimes. 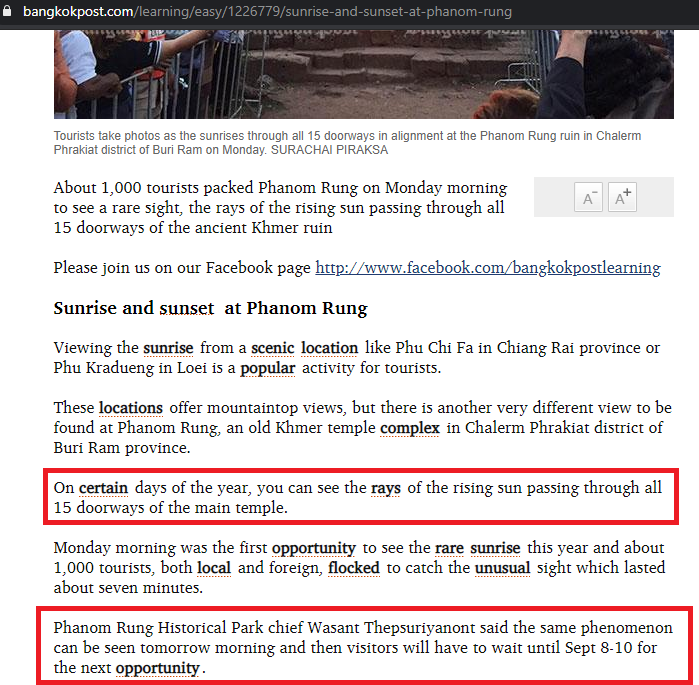 The above information proves that the pictures in question do not show Konark Temple in Odisha and the phenomenon is not witnessed once in 200 years. Hence, the post is fake.