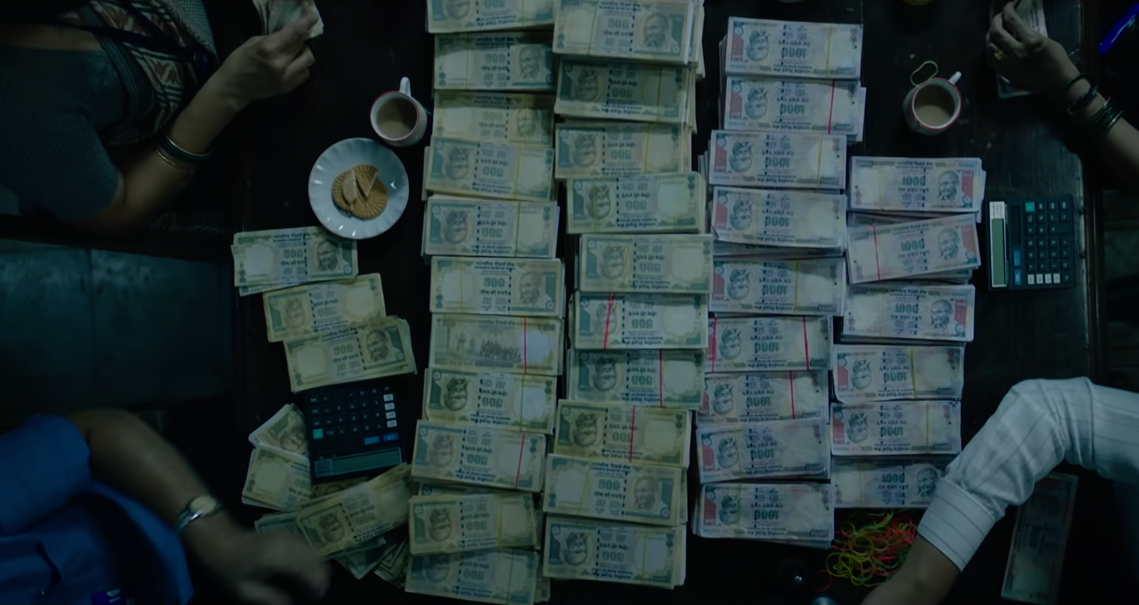 Imagine the love child of Sai Paranjpye and Anurag Kashyap. Now watch Choked: Paisa Bolta Hai in which a young couple almost loses their way during demonetisation. Set in October-November 2016 in a Mumbai apartment where neighbours walk in and out of each other’s homes, Choked on Netflix is a gentle satire on what happened to India during those strange days.

Women lost a lifetime of savings, banks became like warzones and suddenly people discovered the value of money–call it preparation for the pandemic in a way. It taught India to live with a crisis and was the first time the post-liberalisation generation was introduced to the idea of frugality.

In Saiyami Kher and Roshan Mathew, Anurag Kashyap finds perfect collaborators as a bickering couple whose fights sometimes border on the comic–layabout husband complains of being served aloo for the third day in a row, and hard-working bank teller wife snaps: Aloo ko aloo Nahin khilaungi to aur kya? The apartment inhabitants are perfectlycast including Amruta Shubhash who Kashyap reveals came in through an audition because he didn’t want to cast those he’d worked with before.

Some dreams do die, but some are gloriously alive. In Choked, the underdog gets down and dirty but then rises, with a smile on his face and a song in his heart.

Tomorrow can be another beginning. It’s pretty much the life Kashyap has lived, not chasing money, but the joy of movie-making. His reward is the 200 movies he has been part of. He has giifted many stars to the industry, from Nawazuddin Siddiqui to Jaideep Ahlawat.

In the reinvented Saiyami and Roshan Mathew, the silent Anwar from Moothon, he has created new stars.