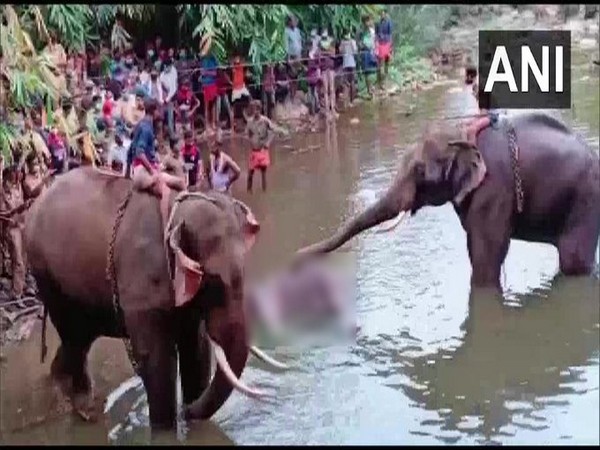 An FIR has been filed against unidentified people in connection with the death of a pregnant elephant in Kerala’s Malappuram, Mannarkkad forest range officer said on Wednesday. The animal died after it was fed a pineapple stuffed with crackers.

According to the officer, the FIR was lodged under relevant sections of Wildlife Protection Act.

The incident took place on May 27 while the elephant was standing in water. Forest officials said that it died standing in river Velliyar after it suffered an injury in its lower jaw.

Earlier, the Silent Valley National Park Wildlife Officer had informed that the elephant was seen roaming around in the private area of the forest on May 23.

“When one of our staff members went to see the elephant, it was observed that a wound in the lower jaw area was exposed. Later, for at least 24 hours the animal was trying to look for water. On May 24, we received information that the animal has come into river Velliyar,” the wildlife officer said.

The officials said that a veterinarian was called as the elephant was weak and not eating anything and was on a liquid diet.

The wildlife officer said that they later planned to take the elephant out of the river but by then she had collapsed.

The officer informed that two doctors are at the spot to carry out the post-mortem, after which the carcass will be burnt.