Gruesome and chilling images of migrant workers struggling in inhumane conditions, induced by Coronavirus led crisis, are doing the rounds on the internet.

One such post in which a man can be seen standing over a corpse holding a limb in his hand is being widely shared. It is being claimed that the deceased woman’s son had to break her hands and legs to fit her in a bag due to the unavailability of government facilities.

The Atmanirbhar India comment suggests that the incident is recent and shows the ongoing migrant crisis in India. 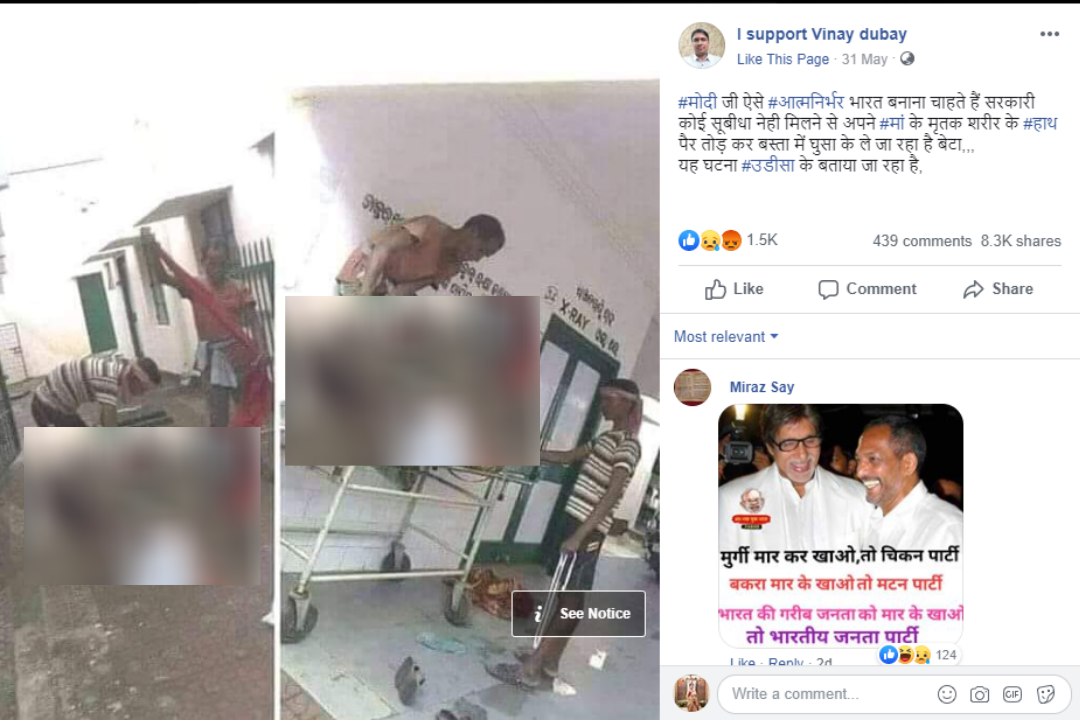 When we put the pictures through Reverse Image Search, we found a report by The Times of India, dated August 27, 2016, featuring the same picture.

The title of the report read, ‘Gruesome hospital tales make Odisha a house of horrors’. 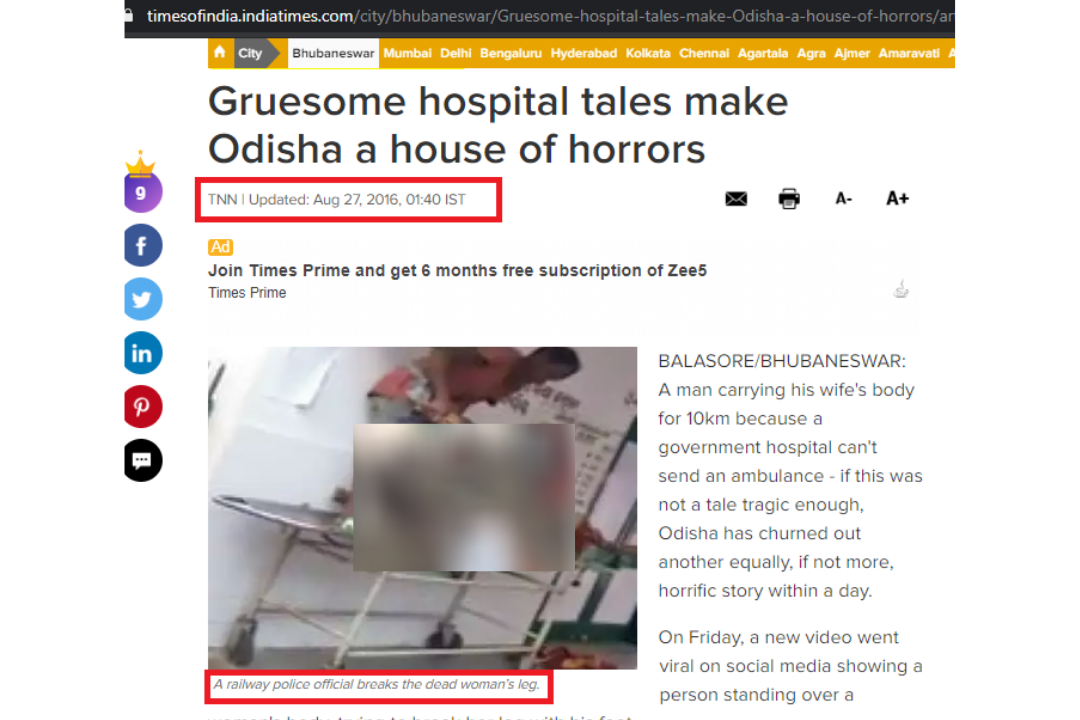 According to the report, a woman’s body was taken to the Community Health Centre in the district but the Government Railway Police (GRP) officials could not arrange an ambulance to take the body to a hospital for postmortem.

With no ambulance to ferry the corpse, the railway cops decided to trample over the woman’s body in an attempt to break her limbs so that they could fit the body inside a sack. The officials then carried the sack on their shoulders by tying it to a bamboo pole all the way to a railway station, all in full public view.

The horrifying incident was also covered by Jansatta. 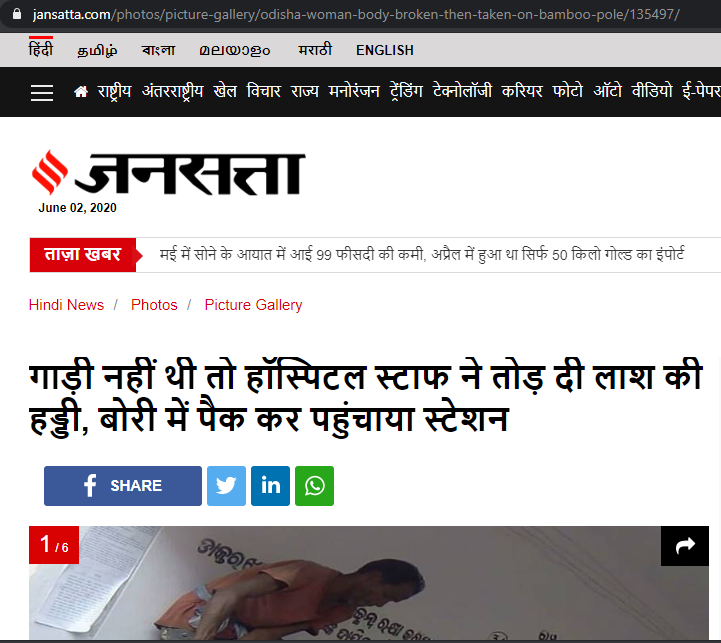 The incident has been covered by various other news organisations as well. Read the report here and here.

Hence, the above information proves that the post that is being circulated is old and the man in the picture is a GRP personnel, not the woman’s son. It also proves that it has nothing to do with the ongoing migrant crisis because of Coronavirus.