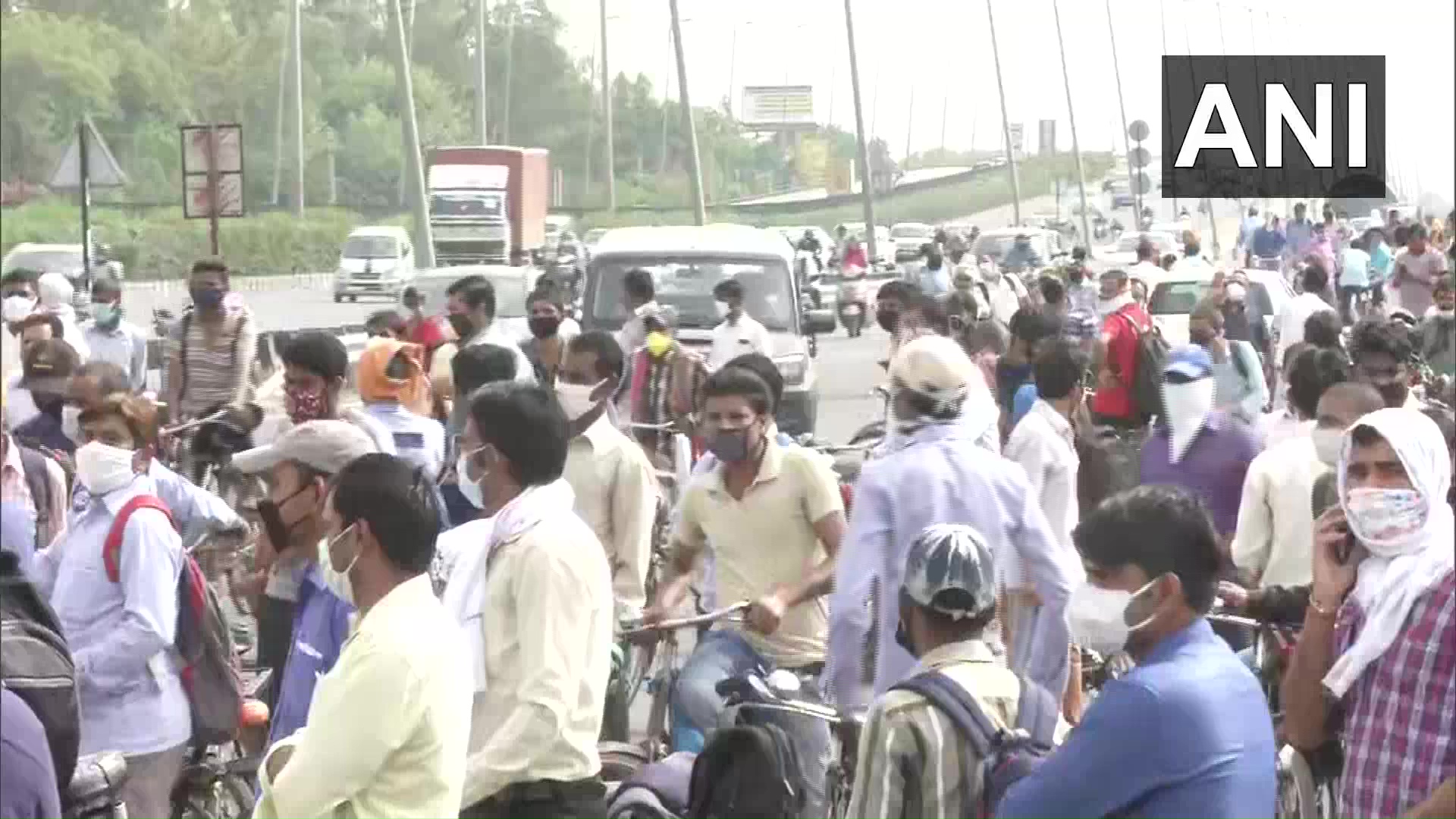 After Haryana sealed its borders with Delhi, a situation of chaos and confusion prevailed at the Delhi-Gurugram border on Friday morning.

A large numbers of commuters were seen waiting at the border as there was a massive traffic jam.

Earlier in the morning, hundreds of people who were stopped from crossing the Delhi-Gurgaon border protested on the road after cars were allowed to pass through the barricades unchecked, as per reports.

As per reports, the protesters questioned why they were not allowed to move when vehicles were crossing the border freely. A group of people on cycles, mostly workers, then blocked the road for some time.

Haryana decided to seal its border with the national capital in the wake of the increasing cases of COVID-19 cases.

Delhi and Gurugram both witnessed their highest-ever spikes on Thursday leading to this decision.

With the highest spike of 7,466 more COVID-19 cases and 175 deaths reported in the past 24 hours, India’s COVID-19 tally reached 1,65,799 on Friday, according to the Union Ministry of Health and Family Welfare.

The number of active coronavirus cases stands at 89,987 while 71,105 people have recovered and one patient has migrated. The death toll due to the infection has reached 4,706 in the country.