A picture of martyrs from the Indian Army, draped in the tricolour, is being circulated on Social media. The text attached to the picture claims that China has killed 75 Indian soldiers in Ladakh.

The picture came at a time when news about the tensions between the Indian and Chinese troops along the Line of Actual Control (LAC) is being reported extensively. 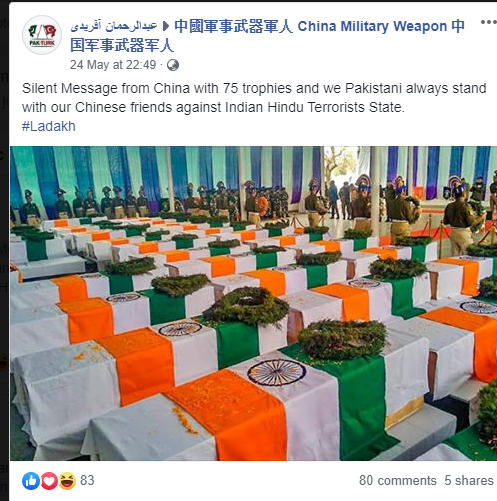 At the time of filing the report, the post by ‘Kashmir News Update’ had more than 1,000 shares on Facebook.

Firstly, we did not find any credible news report to support the above claim.

We then put the picture through Reverse Image Search and found several articles by different media outlets featuring the same image. According to the picture caption, the picture is from the wreath-laying ceremony of the CRPF Jawans martyred in the Pulwama terror attack.

The Hindu credited the picture to PTI and the caption read: Tricolor draped coffins of the CRPF personnel, who lost their lives in Thursday’s Pulwama terror attack, during the wreath-laying ceremony at the CRPF camp in Budgam, Friday, Feb 15, 2019. 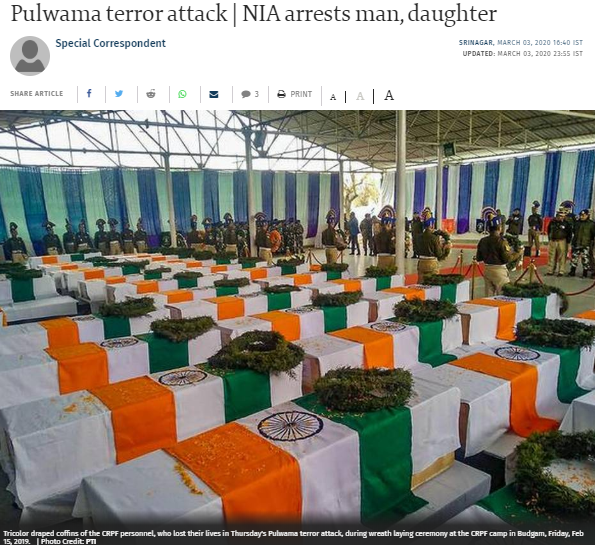 On the other hand, the tension is escalating between Indian and Chinese troops in eastern Ladakh. According to an article by The Gaurdian, dated May 27, 2020, China is reportedly moving thousands of troops into sensitive areas along the eastern Ladakh border.

However, there have been NO reports of China killing 75 Indian soldiers.

From the above information, we can establish that the post in question is false.