A video has surfaced on the internet which shows people throwing idols of Lord Ganesh into the river. It is being claimed that ‘Indians are throwing away their idol into the river because it can’t save them from COVID-19’. 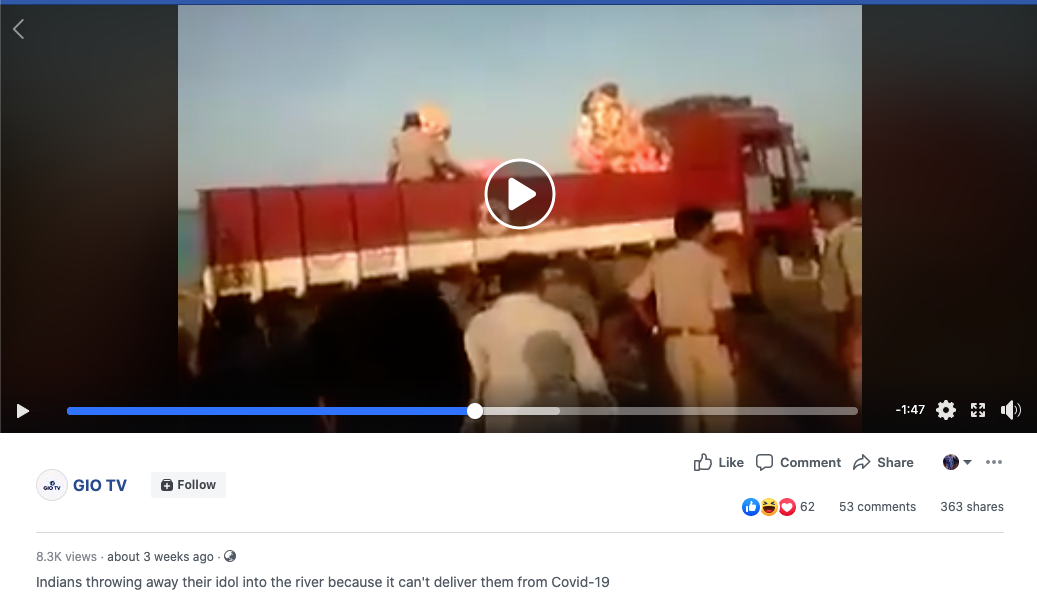 The caption with the video read: “Indians throwing away their idol into the river because it can’t deliver them from Covid-19”

The video was shared with the same claim in French language as well. Such posts can be seen here and here.

NewsMobile fact-checked the above video and found that the claim attached to it is FAKE.

We began our investigation by putting the video through InVid tool and then putting the extracted keyframes through Reverse Image Search. The results led us to a Facebook post with an extended version of the same video uploaded on September 29, 2015. 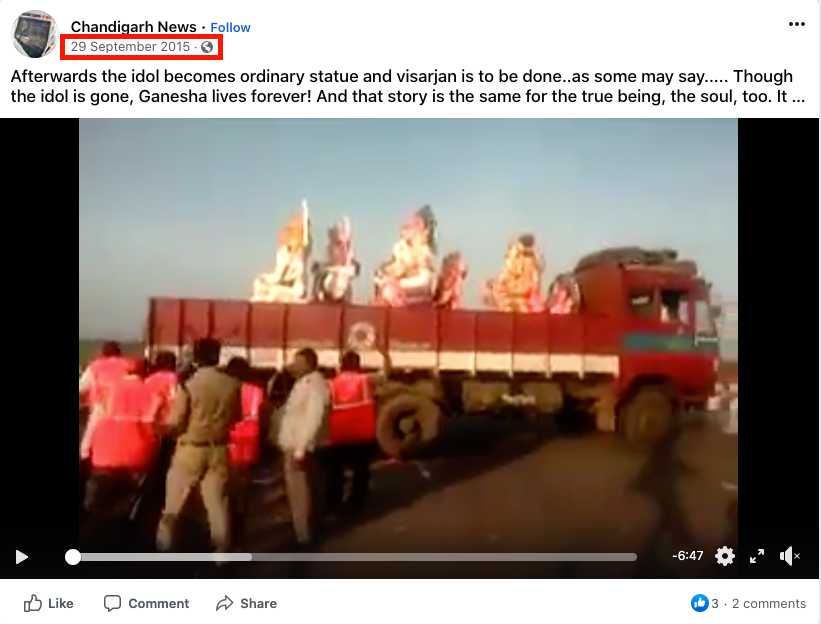 The caption suggested that the video is of Ganesh Visharjan, a Hindu ritual that takes place during Ganesh Chaturthi.

On digging further, we found another post with the same video dated September 24, 2015, suggesting that the video was shot at a bridge over River Krishna at NH 44 in Mehboobnagar district in Telangana.

Taking a cue from the above information, we ran a search on Google maps, and we found that the bridge in the video is Beechpalli Bridge in Telangana. 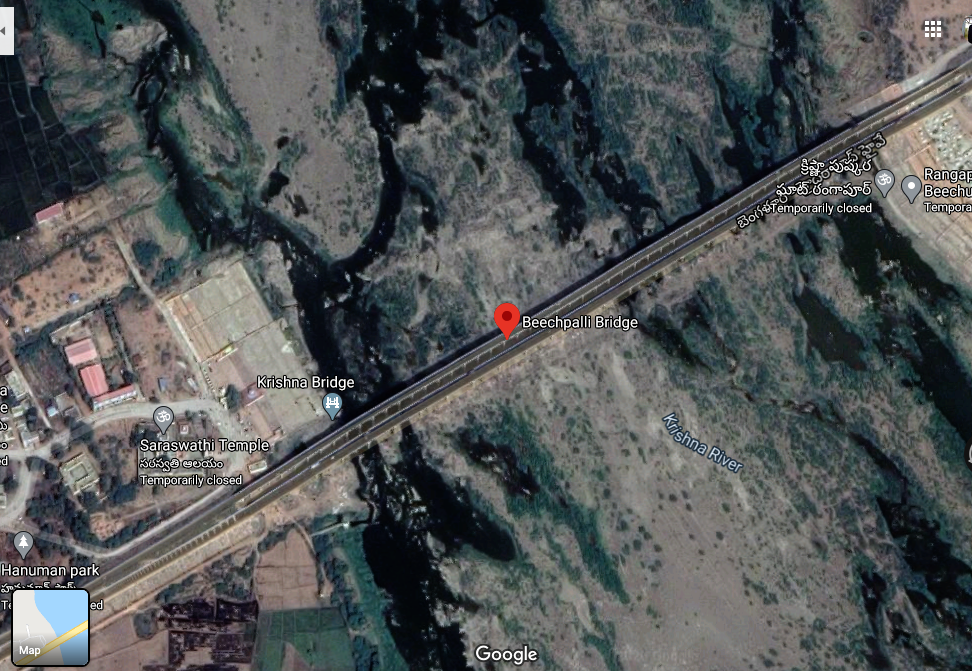 We further compared the picture with keyframes of the video and the similarity confirmed that the video was indeed shot there. 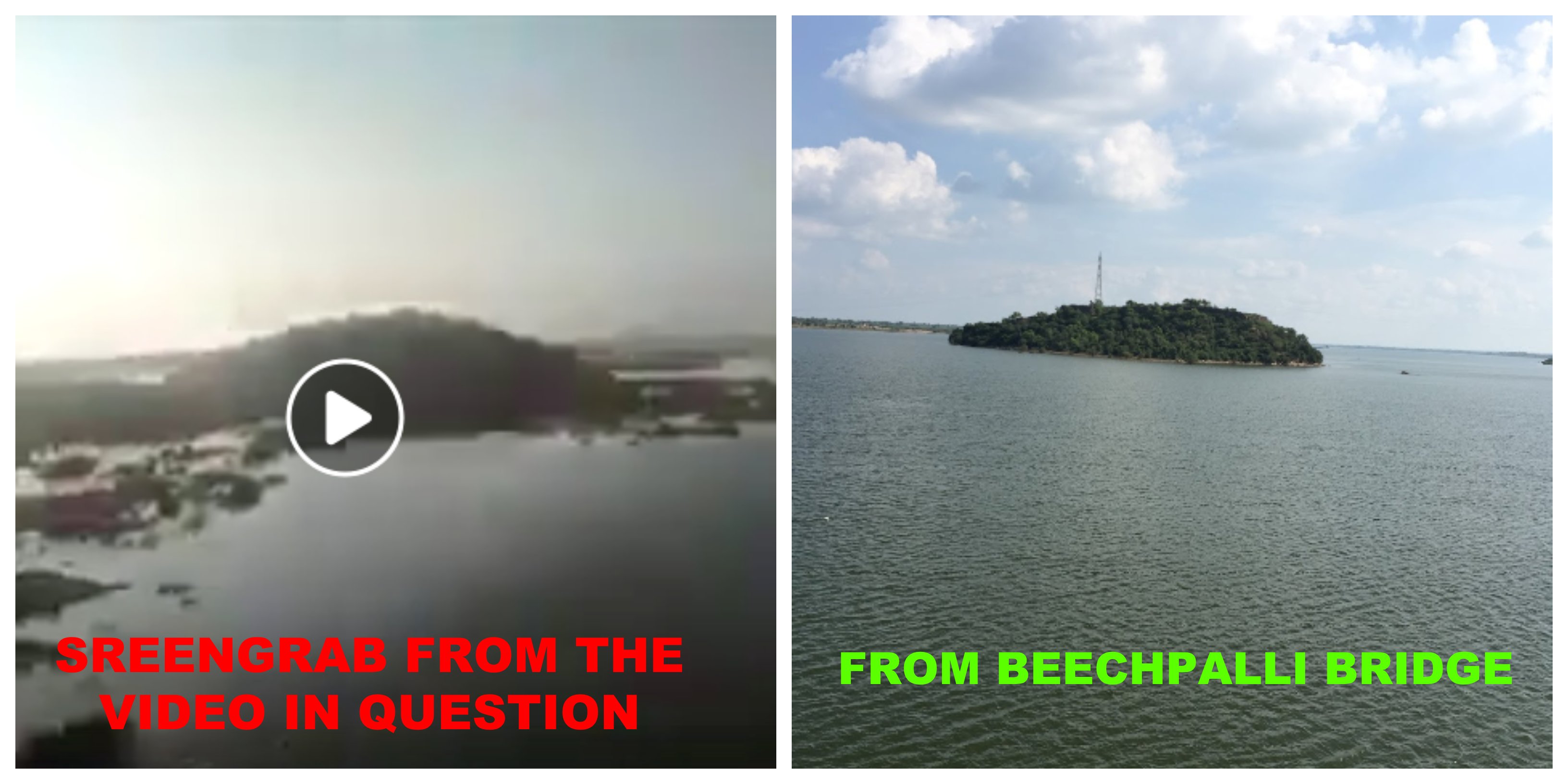 Putting our discoveries together, we can conclude that the video in question has no connection with the current Coronavirus crisis and the claim attached to it is FAKE as the video is at least 5-years old.