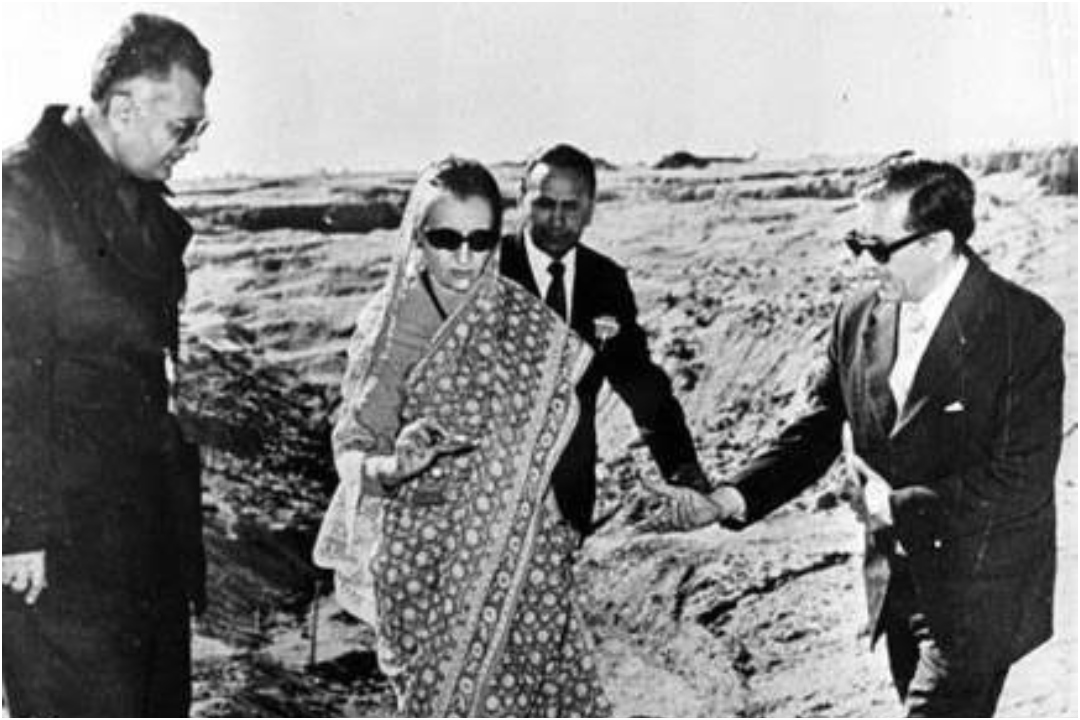 India is observing the 46th anniversary of its first nuclear test in Rajasthan’s Pokhran today. The peaceful test — codenamed ‘Smiling Buddha’ — conducted in 1974 helped India become the sixth country in the world to conduct a nuclear test.

In his tribute on twitter, Rajasthan Chief Minister Ashok Gehlot said that the test wrote a new chapter in India’s nuclear energy.

On this day in 1974 India conducted its first nuclear test,#SmilingBuddha under the leadership of then PM Smt #IndiraGandhi ji & with the untiring efforts & contribution of our scientists & military officers. My tributes to them,who wrote a new chapter in India’s nuclear journey. pic.twitter.com/LZ677BeLGm

Things to know about India’s first nuclear test at Pokhran

The test was named ‘Smiling Buddha’ because it was conducted on Budda Purnima that year, and after the successful conduct of the test, Raja Ramanna, the director of India’s premier nuclear research institute Bhabha Atomic Research Centre (BARC), called PM Gandhi and said, ‘The Budda has finally smiled.”

With this feat, India became the first country outside the five permanent United Nations Security Council (UNSC) members to conduct the test.

Though the BARC never said anything about the yield of the device detonated at Pokhran, experts maintained that the actual yield was around 8-12 Kilotons of TNT. The key highlight of the test was that India managed to avoid detection by the United States and other intelligence agencies.

The US and other industialised nations, however, imposed certain tough sanctions on India after the tests claiming that these tests can lead to nuclear proliferation.

After the 1974 tests, India conducted five tests – three on May 11 and two on May 13, 1998 – again at the Pokhran test range. The tests codenamed ‘Operation Shakti’ were carried out under former Prime Minister Atal Bihari Vajpayee’s regime.