A video of a bird, mimicking various sounds, is being shared online with a claim that it took 19 photographers a period of 62 days to capture different images of the bird.

The caption of the picture read: “In Tamil, it is called Suraga bird. It costs Rs. 25,00000. It took 19 photographers 62 days to capture this video. Share the video of this unusual bird.”

NewsMobile fact-checked the video and found that the claim is fake.

On putting the keyframes of the video through Reverse Image Search, we found a report by the news organisation, News18, dated October 7, 2019, featuring the same video. 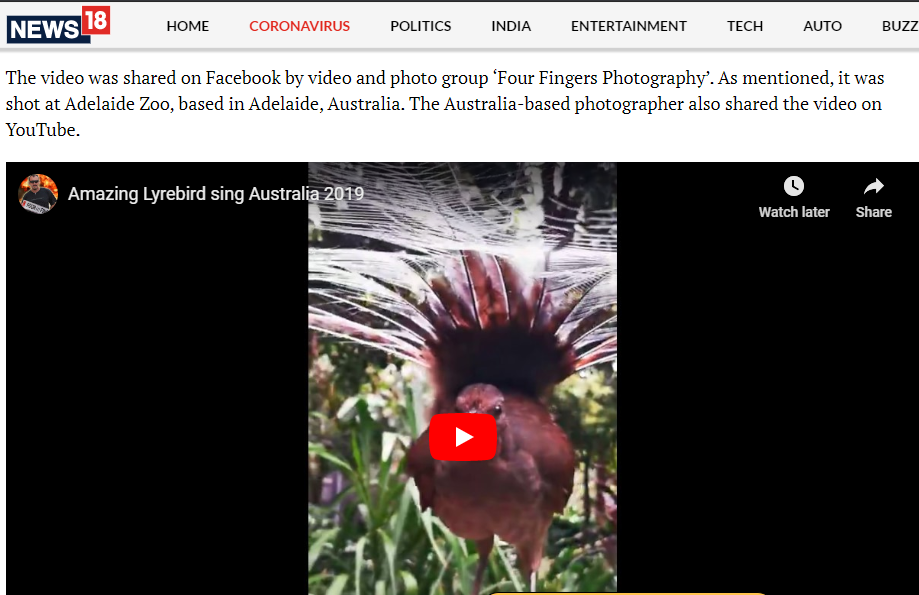 According to the report, the video was shared on Facebook by video and photo group ‘Four Fingers Photography’ and it was shot at Adelaide Zoo, based in Adelaide, Australia.

We further contacted the owner of ‘Four Fingers Photography’, Miklos Nagy, who confirmed that the video was shot by him in 2019 in Adelaide, Australia. He further added that the bird is quite common in Australia, therefore, it took him a few minutes to record the video.

Hence, it proves that the claim attached to the video is fake.