After Indian Railways started Shramik Special trains to ferry lakhs of migrants stranded in various parts of the country amid the coronavirus-induced lockdown, a post started doing the rounds on the internet that shows a dangerously overcrowded train. The claim attached to the post is that it shows a train carrying migrants going from Mumbai to West Bengal on May 10, 2020.

The caption of the post reads: “Hukumat Aur Bhakts Kay Pass Insaniyat Nahin Hai, But U SHOULD SALUTE THOSE CO-PASSENGERS WHO FOR SURE TAKE CARE OF EACH OTHER…Esp Those Sitting on Rooftop.. (MIGRANTS TRAIN MUMBAI _ TO WEST BENGAL – 10May2020”

NewsMobile fact-checked the post and found that the video being circulated is old.

When we extracted the keyframes of the video via InVid and put the frames through Reverse Image Search, we came across the same video on YouTube dated May 27, 2019.

Taking a cue from the above video, we ran another Reverse Image Search using the keywords ‘overcrowded’, ‘train’, and ‘Bangladesh’. 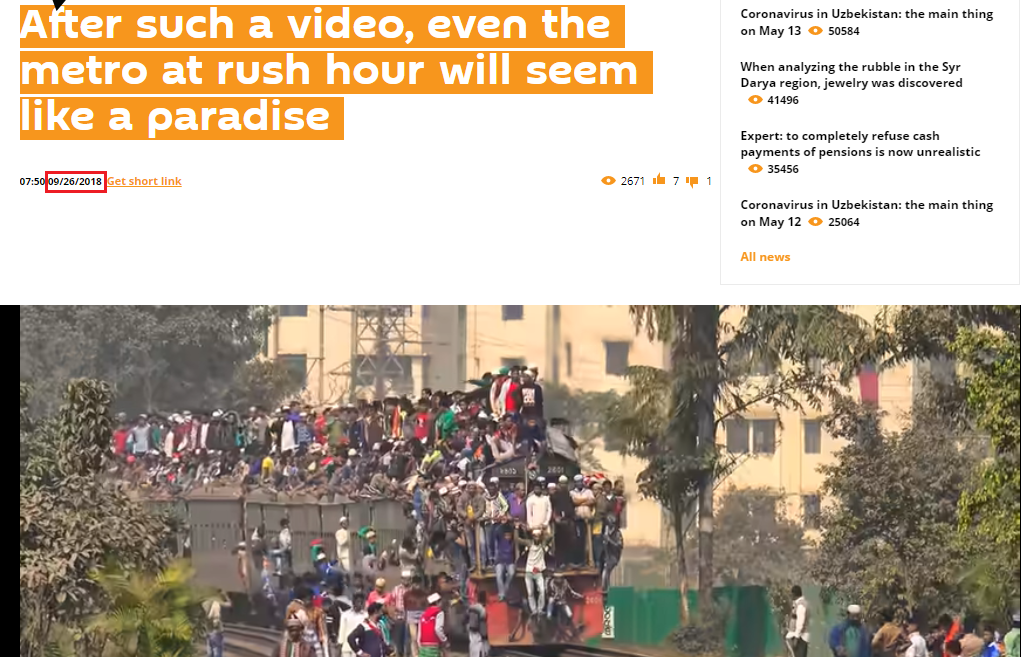 According to the description of the video, it was taken in 2018, in Tongi, Gazipur, Bangladesh, by the banks of River Turag, on the occasion of Bishwa Ijtema — one of the biggest annual gatherings of Muslims in Bangladesh.

Two-three million devotees attend and perform daily prayers while listening to scholars reciting and explaining verses from the Quran. With a view to facilitating the movement of Muslim devotees of the Biswa Ijtema, Bangladesh Railway (BR) has made arrangements to operate special trains on different routes of the country.

Hence, the above information proves that the video is old and from Bangladesh. The claim attached to the video in question is false.