A video is doing the rounds on social media in which a man can be seen assaulting a woman. Claims are being made that former DMK party Leader Selva Kumar is kicking a female doctor on duty. 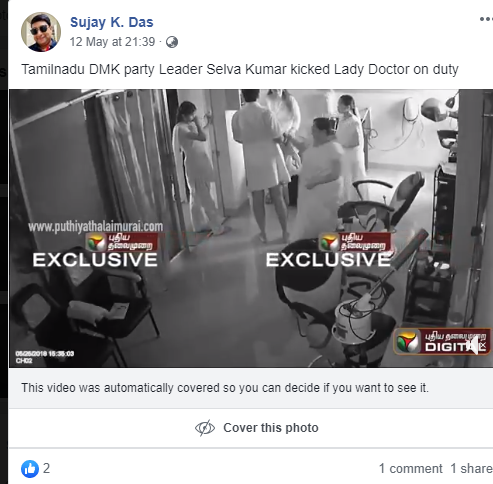 NewsMobile fact-checked the video and found that the claim attached to it is misleading as the video is old.

We extracted the keyframes of the video and put them through Reverse Image Search along with relevant keywords.

We found a report by TOI, dated September 13, 2018, featuring the same video. 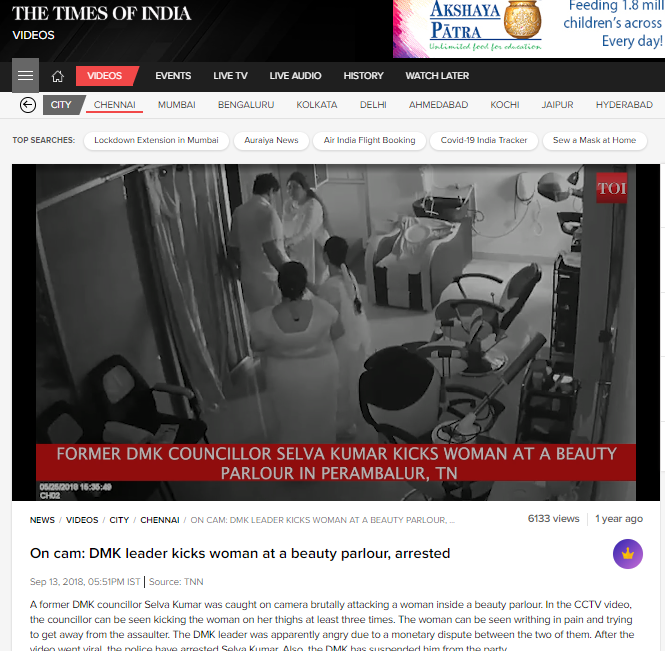 According to the report, the former DMK councillor Selva Kumar had attacked a woman inside a beauty parlour and the incident was caught on the CCTV camera.

Selva Kumar was suspended from the DMK party and was arrested by the Police, after the video vent viral in 2018.

The same video was uploaded by newswire ANI on their official Twitter page. The tweet mentioned that the incident took place on May 25, 2018.

#WATCH Former DMK Corporator Selvakumar hits a woman at a beauty salon in Tamil Nadu’s Perambalur. The incident took place on 25th May’ 18. He has been arrested by the police and has been suspended from primary membership of the party (Source: CCTV footage) pic.twitter.com/B623qaLc0k

The above information proves that the video is old and the lady in question is not a doctor.