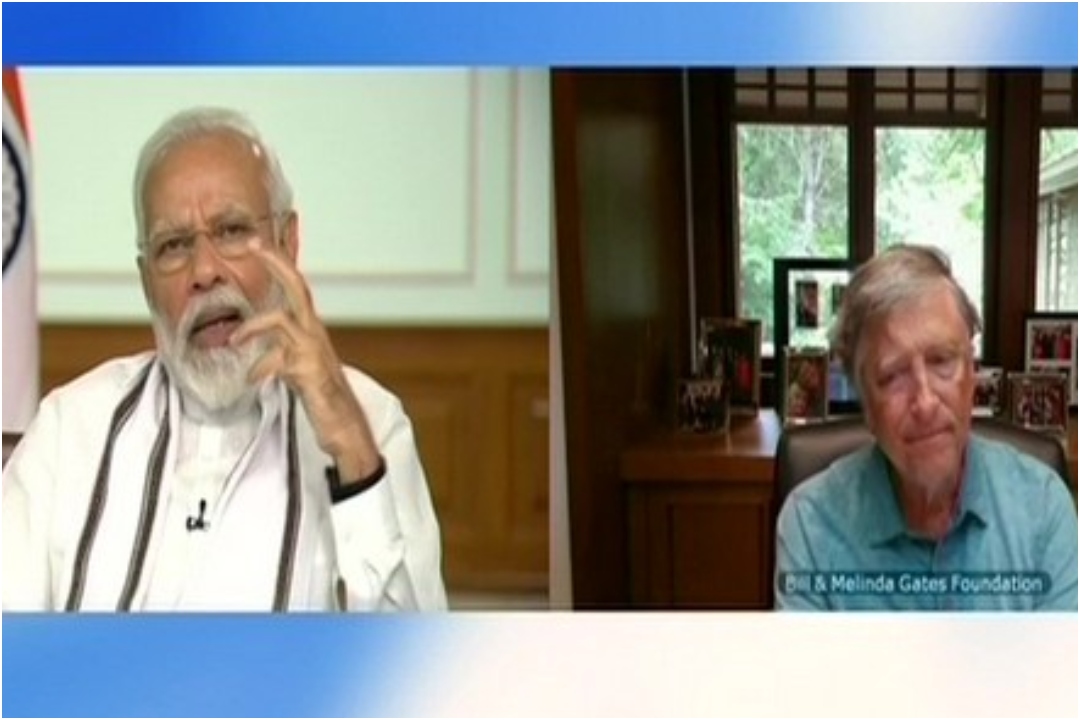 Prime Minister Narendra Modi on Thursday interacted with philanthropist and Microsoft co-founder Bill Gates and discussed the global response to Covid-19 and the importance of global coordination on scientific innovation to combat the pandemic.

The Prime Minister underlined the conscious approach that India has adopted in its fight against the health crisis – an approach based on ensuring public engagement through appropriate messaging, a PMO release said.

The Prime Minister appreciated the health-related work being done by the Gates Foundation not only in India but also in many other parts of the world, including that for coordinating the global response to Covid-19.

He sought suggestions from Gates, who is co-chair, Bill & Melinda Gates Foundation, on how India’s capacities and capabilities could be better leveraged for the general benefit of the world.

Some of the ideas that PM Modi and Gates explored in this context included drawing upon India’s unique model of last-mile health service delivery in rural areas, dissemination of the effective contact-tracing mobile app developed by the government, and above all by leveraging India’s massive pharmaceutical capacity to scale-up the production of vaccines and therapeutics upon their discovery.

They agreed that given India’s willingness and capacity to contribute to global efforts, particularly for benefit of fellow developing countries, it was important for India to be included in the ongoing global discussions for coordinating responses to the pandemic.

The Prime Minister also suggested that the Gates Foundation could take the lead in analyzing the necessary changes in lifestyles, economic organisation, social behaviour, modes of disseminating education and healthcare, that would emerge in the post-Covid world, and the associated technological challenges that would need to be addressed.

He said that India would be happy to contribute to such an analytical exercise based on its own experiences.