A video is doing the rounds on social media in which a few lions can be seen roaming on a road. It is being claimed that the video was shot in Delhi’s Dhaula Kuan area and the lions came out amid the ongoing lockdown because of the Coronavirus spread. 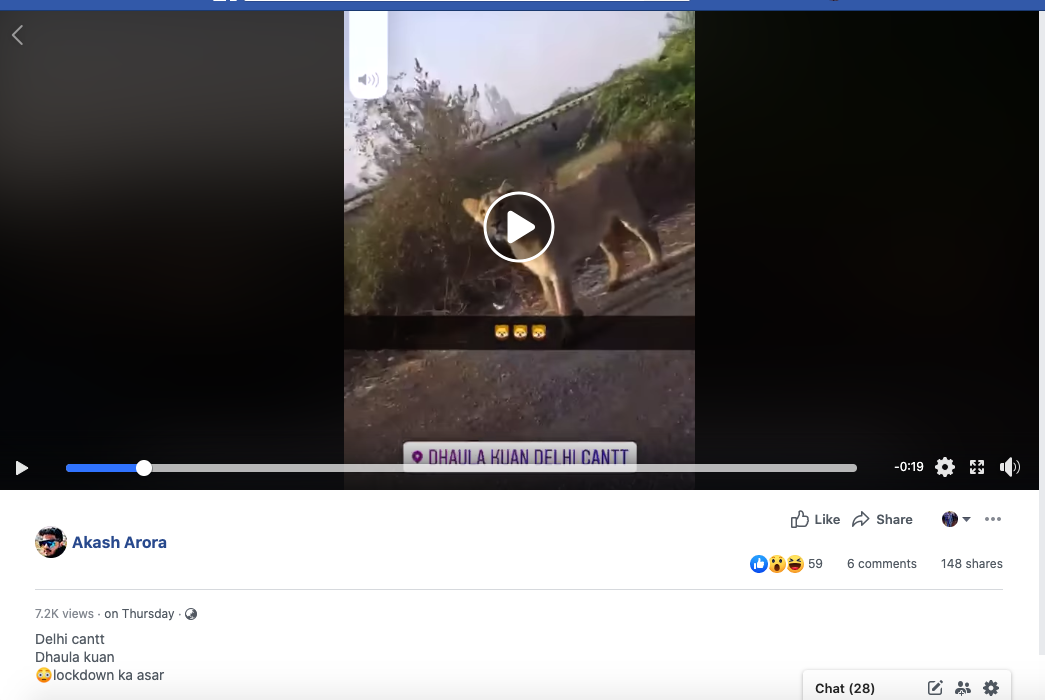 The video is being widely shared. Several posts can be seen here, here, here and here.

ALSO READ: Rahul Gandhi did not trip in this picture; here’s the truth

We extracted keyframes of the video and put them through Reverse Image Search. We found the same video posted on a Facebook page Gir India Asiatic lion dated May 10, 2020. According to the caption, the video was from Gir National Park during the nationwide lockdown.

Taking a cue from the above claim, we did a search with keywords such as ‘Gir national park’, ‘lions’, ‘Cub’ which led us to another similar video on YouTube from Gir Forest, dated January 11, 2016, in which a lioness and her cubs can be seen walking on a road.

Though, its not the same video as the one in the question, however, when we juxtaposed both the videos and closely analysed them, we came to the conclusion that location of both the videos is same (Gir National park). 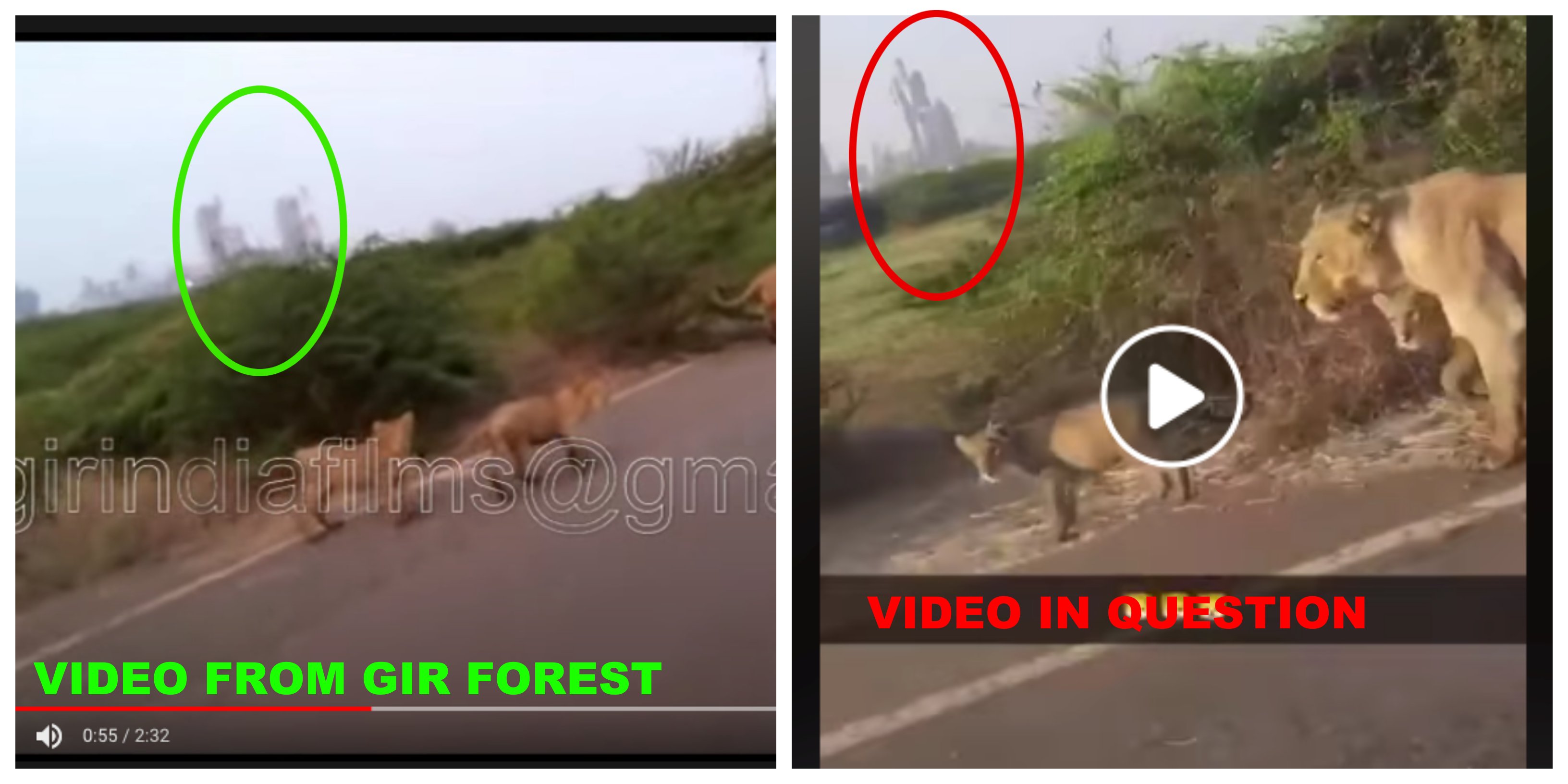 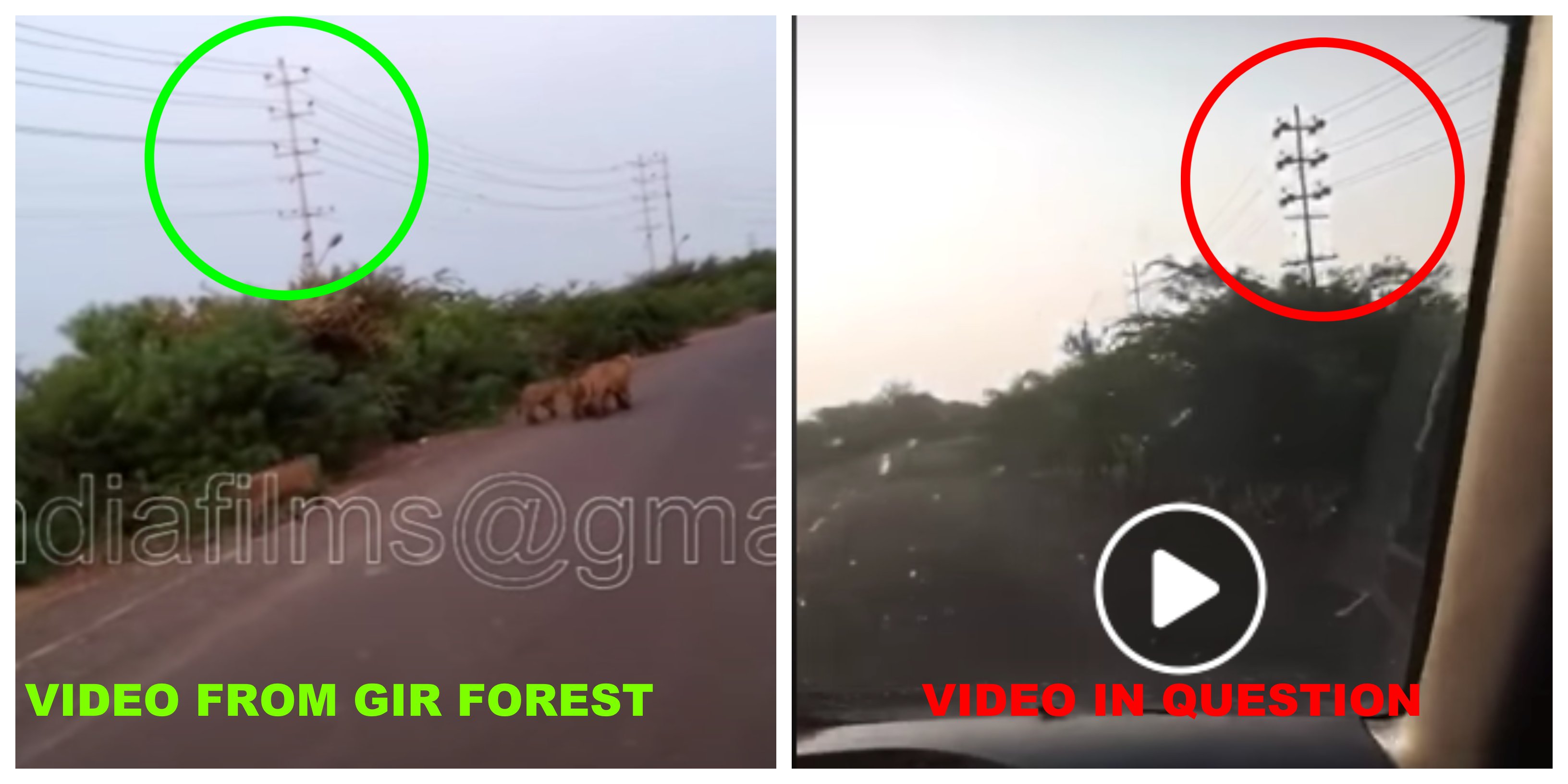 We compared both the videos frame-by-frame and found a few common elements, which helped us establish the fact that the video in question is from Gir National Park in Gujarat.

However, NewsMobile independently cannot verify the timeline of the video. But, the above information establishes that the video in question is NOT from Delhi’s Dhaula Kuan.