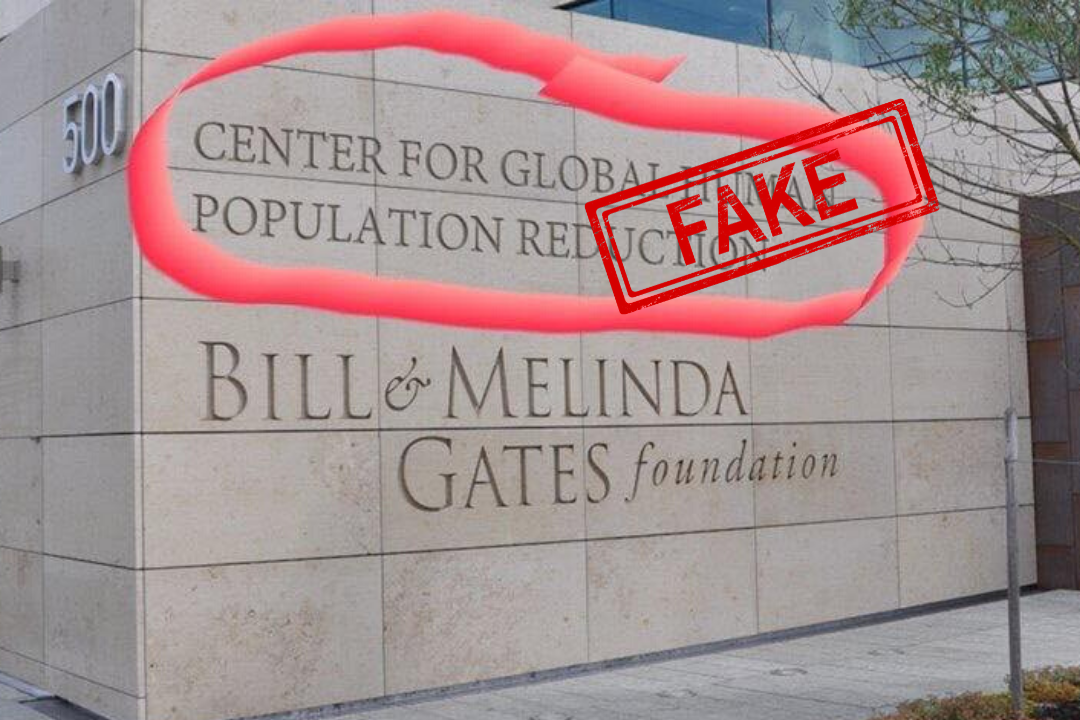 Internet is full of conspiracy theories and morphed pictures trying to suggest that Microsoft co-founder Bill Gates has something to do with the emergence of COVID-19. One such picture post is being shared extensively which shows the sign outside Bill and Melinda Gates Foundation in Washington.

The sign in the post reads ‘Center For Human Global Population Reduction, Bill and Melinda Gate Foundation’. With an increasing number of deaths due to the Coronavirus, people are speculating that the virus could be a set-up by Gates to reduce the human population.

The caption of the post read: “Center For Human Global Population Reduction, Bill and Melinda Gate Foundation. Can the World ask them what they know about this? I mean the Gates who want to give us Vaccines. #EvilSouls”

When NewsMobile did a fact-check, we found that the picture is morphed.

We ran a simple search of ‘Bill and Melinda Gates Foundation’ address on Google maps and saw the sign at the entrance using the Street View mode. 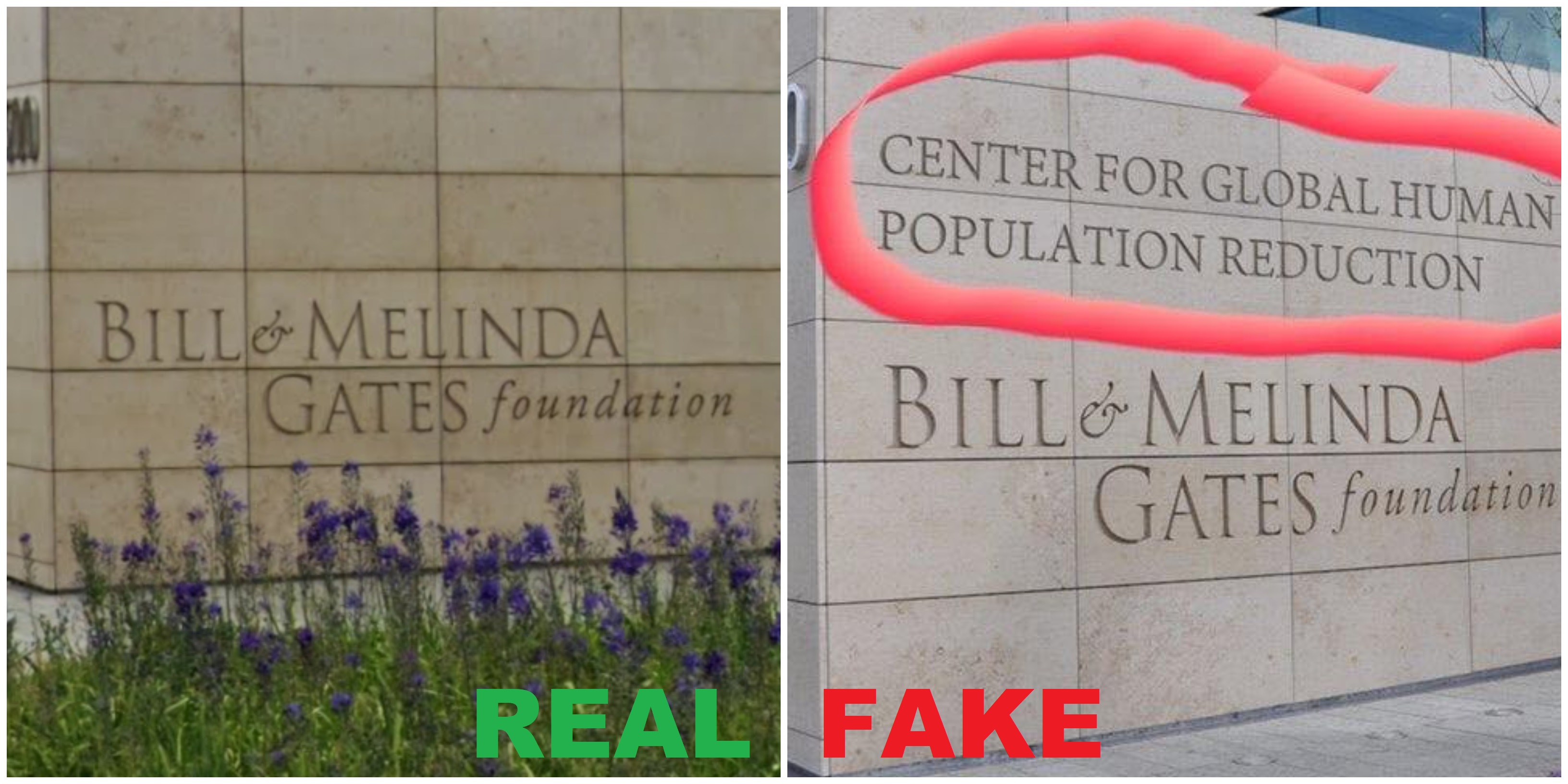 On comparing both the pictures in the Real vs FAKE collage, it becomes clear that the picture has been altered digitally.

Hence, our investigation proves that the picture in question has been morphed and ‘Center For Human Global Population Reduction’ is added using a software.